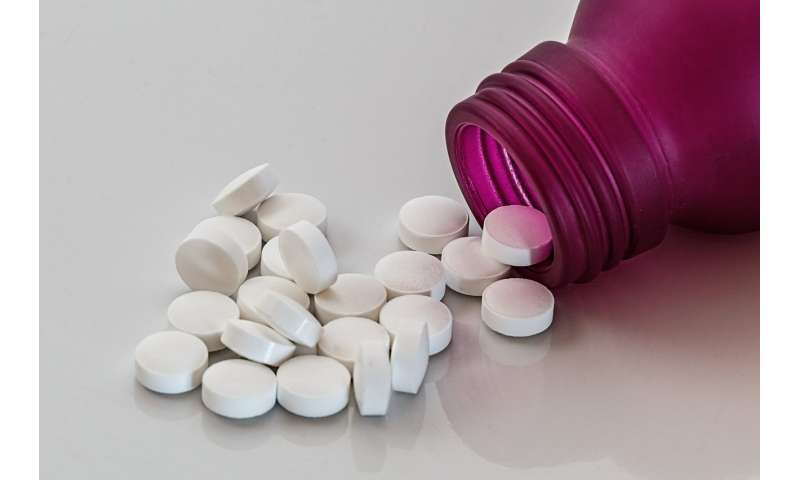 A national call for restraint in opioid prescribing has yielded dramatic progress in clinician prescribing patterns, with some notable room for improvement.

These are the findings of a new study from Harvard Medical School showing a drop of more than 50 percent in monthly opioid prescribing for new patients.

Despite this marked decrease, the research showed, a subset of physicians have persisted in doling out scripts for these potent drugs at concerning dosages and lengths. At the same time, others have ceased any new prescriptions for opioid pain relief, raising the question of whether some patients might be getting less-than-adequate treatment for their pain.

The study findings, based on an analysis of more than 86 million privately insured patients across the United States between 2012 and 2017, appear March 14 in The New England Journal of Medicine.

The findings show a dramatic drop—54 percent—in the rate of monthly opioid prescriptions to patients who have never used these drugs or had been off them for at least six months, a group commonly referred to as the “opioid naive.” First-time prescriptions are deemed an important gateway to long-term opioid use and misuse and have become a target for risk reduction, the researchers said.

Yet, at the same time, the analysis reveals that a subset of clinicians persistently prescribed such drugs to the opioid naive at concerning dosages and durations.

The researchers say the results are reassuring because of the significant drop in prescriptions and alarming because of the persistence of potentially inappropriate prescribing in some cases and the possibility of undertreatment of pain in other cases.

“The challenge we have in front of us is nothing short of intricate: Curbing the opioid epidemic while ensuring that we appropriately treat pain,” said Nicole Maestas, senior investigator on the study and associate professor of health care policy in the Blavatnik Institute at Harvard Medical School. “It’s a question of balancing the justified use of potent pain medications against the risk for opioid misuse and abuse.”

The researchers caution that, because the insurance claims they examined lacked details about key specifics of the clinical encounter, their analysis was not designed to determine the appropriateness of physicians’ decisions to prescribe or withhold opioids.

Still, the team warns, the patterns of prescribing raise some concerns.

Among the shrinking number of physicians who did initiate opioid prescriptions, risky prescribing—defined as either a morphine-equivalent dose of 50 milligrams per day or more, or any dose prescribed for longer than three days—persisted at an average rate of more than 115,000 high-risk prescriptions per month out of 15.9 million opioid-naive individuals. A small portion of these high-risk prescriptions were particularly alarming: More than 7,700 exceeded 90 morphine milligram equivalents per day, a dose that places patients at a substantially higher risk of both nonfatal and fatal overdose.

With the United States in the midst of a crippling opioid epidemic, spurred in large part by overuse of prescription opioids, the researchers set out to analyze trends in the rate at which opioid therapy was initiated among commercially insured patients. During the years covered by the study, physicians and policymakers were paying more attention to the dangers of opioids. One major turning point during this time was the prominent release of prescribing guidelines in 2016 by the U.S. Centers for Disease Control and Prevention, which were meant to cut back on prescriptions of high-dosage and long-duration courses of opioids, the researchers said.

For their analysis, the investigators used de-identified insurance data claims from BCBS Axis, the largest collection of commercial insurance claims, medical-professional and cost-of-care information. They estimated the percentage of opioid-naive individuals receiving a new opioid prescription, the percentage receiving a long-duration or high-dose opioid prescription and the number of clinicians who started any opioid-naive patient on opioid therapy. The sample consisted of 15,897,673 opioid-naive patients each month, representing a total of 63,817,512 opioid-naive individuals over the five-year study period.

Above all, the findings underscore the need for further analysis into how clinical decisions are made about whether to use opioids and, if so, at what dose and for how long.