How involved do you get in your teen’s romantic life? My parents were overly involved in my teen relationships, and underly involved in my younger sister’s, so I know how hard it is to find the balance. That’s why one mom of a 14-year-old is asking Reddit for advice on how to best handle a tricky situation — as she caught the teen cheating on her boyfriend with multiple people. It puts the mom in a delicate position, for sure!

In the “Parenting” subreddit, a mom talks about her daughter and her 14-year-old boyfriend. “He’s a sweet kid, and I believe my daughter genuinely cares for him,” she wrote. However, teens aren’t exactly known for their maturity, and this one seems to seek out drama.

“She has recently discovered that she really likes romantic attention and has been sending messages to other boys (and girls) lying about her sexuality (it changes depending on who she is talking to),” the mom wrote, although she didn’t explain exactly what she meant by “lying about her sexuality” — could it possibly be that the mom herself doesn’t know what her daughter’s sexuality is? Or maybe the daughter doesn’t know herself and is trying to figure out.

Either way, the things she is saying about her boyfriend aren’t nice.

“She says horrible things about her bf to these other boys (I feel bad for this kid),” the mom continued. “Sends flirty messages, tells them she is really dating them and only with her bf for show (whatever that means idk). She has like 5 extra boys and 2 girls she’s romantically talking to.”

The mom explained that her and the girl’s dad are “happily married” and the daughter has a “great relationship” with him, so she doesn’t know why she feels the need to seek out extra attention. 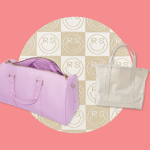 “I don’t know why she’s doing this (we are looking into therapists),” the mom continued. “How should we handle this as parents? Our first thought is to restrict dating (Tell her she is no longer allowed to date anyone), and replace her smart phone with a basic flip phone. I feel horrible. I don’t know what to do.”

Honestly, that’s not a bad idea! But if she really wants to keep it up, it won’t matter what phone she has.

The mom added that they’ve been through this before, but their strategy didn’t work the first time. “This is not the first time we have caught her doing this,” the mom wrote. “The first time we had a long conversation and explained how badly this hurts people. We made her tell her bf (he forgave her).”

Now, the mom is worried that she will lose her friends if she keeps it up. “We are also concerned that being found out is going to isolate her,” she said, adding that her “drama” has resulted in her daughter having “very few friends left.”

“The boys she’s messaging are her bfs friends (which is messed up). Him and his friends are all she has now,” the mom said. Yikes! This sounds messy for everyone, and honestly, it seems like the daughter doesn’t care (or maybe craves the drama?).

“If she has alienated all her platonic friends with drama, she is likely feeling isolated,” one person wrote. “She’s using the other boys’ and girls’ romantic attention to replace platonic friendship. Make sure she knows that both kinds of relationships (romantic and platonic) are important and necessary, but that the behavior she is exhibiting is inappropriate.”

Another suggested she doesn’t “ban” her daughter from dating. “That’s a recipe for her to just get sneakier behind your back,” they said. “But definitely come with compassion and a listening ear.”

On the other hand, though, they said maybe she isn’t old enough for a “committed and kind” boyfriend. “If she wants less attachment with more than one person then she shouldn’t also be in a committed and presumably assumed monogamous relationship, unless he is fine with that (which I assume from all the info he isn’t),” they added.

One offered advice from her own experience.

“If I could give you advice from a 32 year old who did the exact same thing, from the exact same circumstances when I was her age, I would get her involved in activities outside of her school where she can meet other girls for platonic friendships, and heavily monitor her cell phone and computer use,” they wrote. “No cell or computer after a certain time in the evening. I was extremely boy-crazy and craved the attention, probably because my girlfriends constantly came and went due to all types of drama in my high school. I wish my parents had restricted my internet access and signed me up for Girl Scouts, but hindsight is 50/50.”

Although the OP clarified that her daughter is in activities, which is where she is “meeting all these boys.” So maybe that strategy won’t exactly work after all.

Others said to let her flirt, as long as she breaks things off with the boyfriend. “There is nothing wrong with flirting. What is wrong is flirting with others when you’ve communicated to someone else that you’re just committed to them, and sending nude or risqué photos,” they said. “That’s what needs monitoring. If a guy or a girl is not interested, they’ll let the daughter know.”

One person had the perfect response for the daughter (with a hilarious line at the end).

“The choices you’re making aren’t showing self respect or respect for others. They aren’t safe and you aren’t demonstrating I can trust you. Until I feel like you’re capable of making safe/smarter choices we’ll be restricting your phone access,” they wrote, as an example of what to say. “We’ll also be doing daily homework on self respect and treating others with respect. I’m excited for your decision making to improve and to work on this with you. Now give me your phone you little twerp.”

Agree. With the help of some extra phone and internet monitoring — plus input from a therapist! — hopefully this teen will learn how to treat others with respect.

Before you go, see this slideshow of Gabrielle Union’s best mom moments!