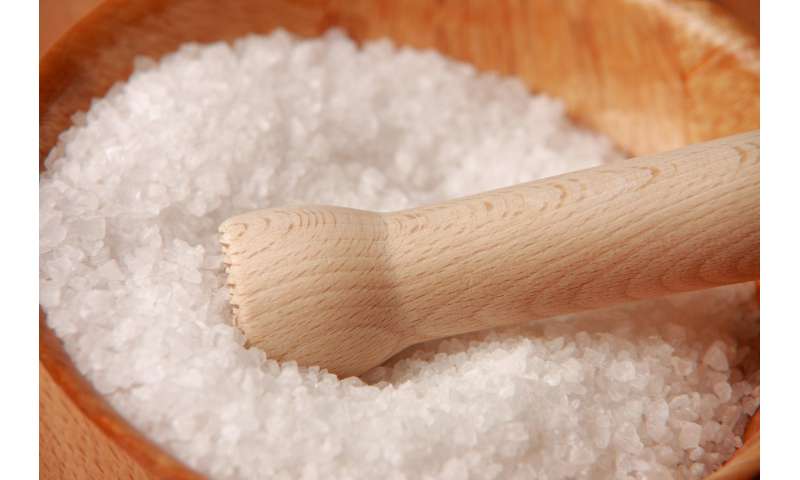 Salt intake in China is confirmed to be among the highest in the world, with adults over the past four decades consistently consuming on average above 10g of salt a day, which is more than twice the recommended limit, according to new research led by Queen Mary University of London.

The systematic review and meta-analysis, funded by the National Institute for Health Research and published in the Journal of the American Heart Association, also found that Chinese children aged 3-6 are eating the maximum amount of salt recommended by the World Health Organization for adults (5g a day) while older children eat almost 9g/day.

Excess salt intake raises blood pressure, a major cause of strokes and heart disease, which accounts for approximately 40 per cent of deaths in the Chinese population.

The team reviewed all data ever published on salt intake in China (which involved about 900 children and 26,000 adults across the country) and found that salt intake has been consistently high over the past four decades, with a North-South divide.

While salt intake in northern China is among the highest in the world (11.2g a day) it has been declining since the 1980s when it was 12.8g a day, and most markedly since the 2000s. This could be the result of both governmental efforts in salt awareness education and the lessened reliance on pickled food—owing to a greater year-round availability of vegetables.

However, this trend of decrease was not seen in southern China, which has vastly increased from 8.8g a day in the 1980s to 10.2g a day in the 2010s. This could be due to governmental efforts being mitigated by the growing consumption of processed foods and out-of-home meals. These latest results contradict those of previous studies based on less robust data which reported declines in salt intake across the country.

Potassium, which is naturally found in fruits and vegetables, and is in potassium salt, has the opposite effect of sodium (salt) on blood pressure: while sodium increases blood pressure, potassium lowers it.

The researchers reviewed potassium intake and found that in contrast to salt intake, it has been consistently low throughout China for the past four decades, with individuals of all age groups consuming less than half the recommended minimum intakes.

Lead author Monique Tan from Queen Mary University of London said: “Urgent action is needed in China to speed up salt reduction and increase potassium intake. High blood pressure in childhood tracks into adulthood, leading to cardiovascular disease. If you eat more salt whilst you are young, you are more likely to eat more salt as an adult, and to have higher blood pressure. These incredibly high salt, and low potassium, figures are deeply concerning for the future health of the Chinese population.”

Feng J He, Professor of Global Health Research at Queen Mary University of London and Deputy Director of Action on Salt China, added: “Salt intake in northern China declined, but is still over double the maximum intake recommended by the WHO, while salt intake actually increased in southern China. Most of the salt consumed in China comes from the salt added by the consumers themselves while cooking. However, there is now a rapid increase in the consumption of processed foods and of food from street markets, restaurants, and fast food chains, and this must be addressed before the hard-won declines are offset.”

Graham MacGregor, Professor of Cardiovascular Medicine at Queen Mary University of London and Director of Action on Salt China said: “A coherent, workable, and nationwide strategy is urgently needed in China. As much as a fifth of the world’s population lives in China. Achieving salt reduction together with increasing potassium intake across the country would result in an enormous benefit for global health.”

The trends found in this latest study partially contradict those of earlier studies which found large declines of salt intake across the whole of China. The researchers say these latest results are far more robust than the previous estimates which have relied on surveys of people’s dietary habits. The team instead determined salt intake exclusively with the use of data from urine samples taken over a 24 hour period.