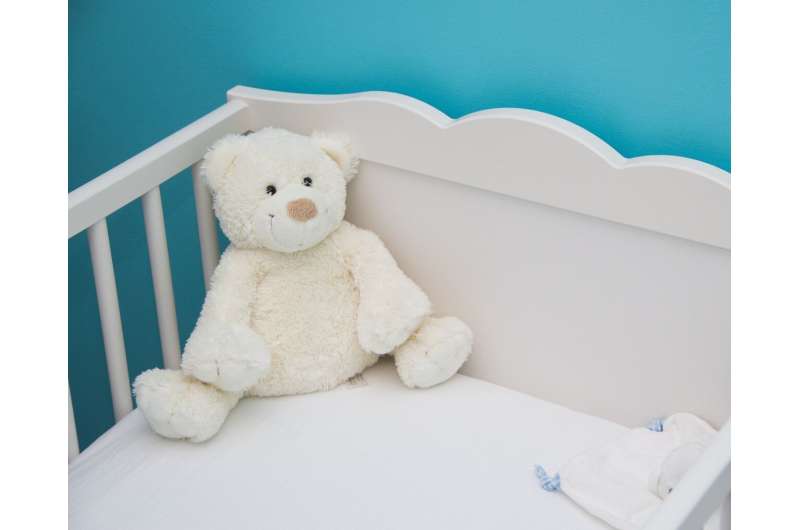 The cause of sudden infant death syndrome, or SIDS, continues to be a medical mystery but a new study suggests genetics may play a role.

Over the course of 39 years, researchers found siblings of infants who died of SIDS had a four-fold higher risk of dying suddenly compared to the general population, according to the report published in JAMA Network Open.

The large study reinforces previous research that shows SIDS may be more of a medical problem than previously thought, said Dr. Richard Goldstein, director of the Robert’s Program on Sudden Unexpected Death in Pediatrics at Boston Children’s Hospital.

“The general bias is that this is a sleep accident and the challenge for people looking at the science here is to advocate on behalf of the families and look harder,” he said.

Other findings from the SIDS study

The study identified 2,384 siblings of 1,540 infants who died from SIDS among 2.6 million births in Denmark between January 1978 and December 2016. Researchers found:

What is SIDS, or sudden infant death syndrome?

SIDS is the unexplained death of a seemingly heathy baby less than a year old, according to the Mayo Clinic. Death typically occurs during sleep and is sometimes known as crib death.

SIDS is the leading cause of natural death during the first year of life, responsible for about 3,400 unexpected deaths in the U.S. each year, according to the Centers for Disease Control and Prevention.

But its causes are still unknown. The Mayo Clinic says it could be from a combination of factors:

The Denmark study isn’t the first to find a genetic association with SIDS. However, some health experts argue not enough funding has supported research into the topic as providers rely on safe sleeping techniques to prevent SIDS.

In the 1990s, public health officials began promoting the “Back to Sleep” initiative—now called Safe to Sleep—to teach caretakers about reducing the risk of SIDS by putting infants to sleep on their backs.

While CDC data shows rates have declined, a study found non-SIDS postneonatal mortality has followed a similar trajectory, suggesting other factors may be at play. And about one-third of SIDS cases still occur in babies who were sleeping on their backs, Goldstein said.

Health experts say new evidence continues to reinforce genetics may play a role in SIDS and it’s important to invest in more research as data shows SIDS is the 12th most underfunded pediatric condition by the National Institutes of Health, according to a 2021 study published in JAMA Pediatrics.

“We think there are mechanisms at play that we’re on the trail of,” Goldstein said.