Trendy ingredients and wellness fads have a way of either getting written off as totally woo-woo or instantly being touted as cure-alls. As far as apple cider vinegar goes? It tends to land in the latter category. Proponents of apple cider vinegar—a.k.a. ACV—claim it’s a health elixir that can help with everything from kicking the common cold (bubble burster: it’s not) to bloating and weight loss (again, not so much).

But ACV does appear to have some skin benefits when used topically as opposed to drinking it, which perhaps is what fueled the latest rumor about the stuff—that ACV is the *perfect* antidote for a fresh sunburn.

Here’s why it might seem like it would work: “ACV has become increasingly popular to treat sunburns due to its antibacterial, cooling effect,” says Melissa Kanchanapoomi Levin, MD, a dermatologist in New York and founder of Entière Dermatology. 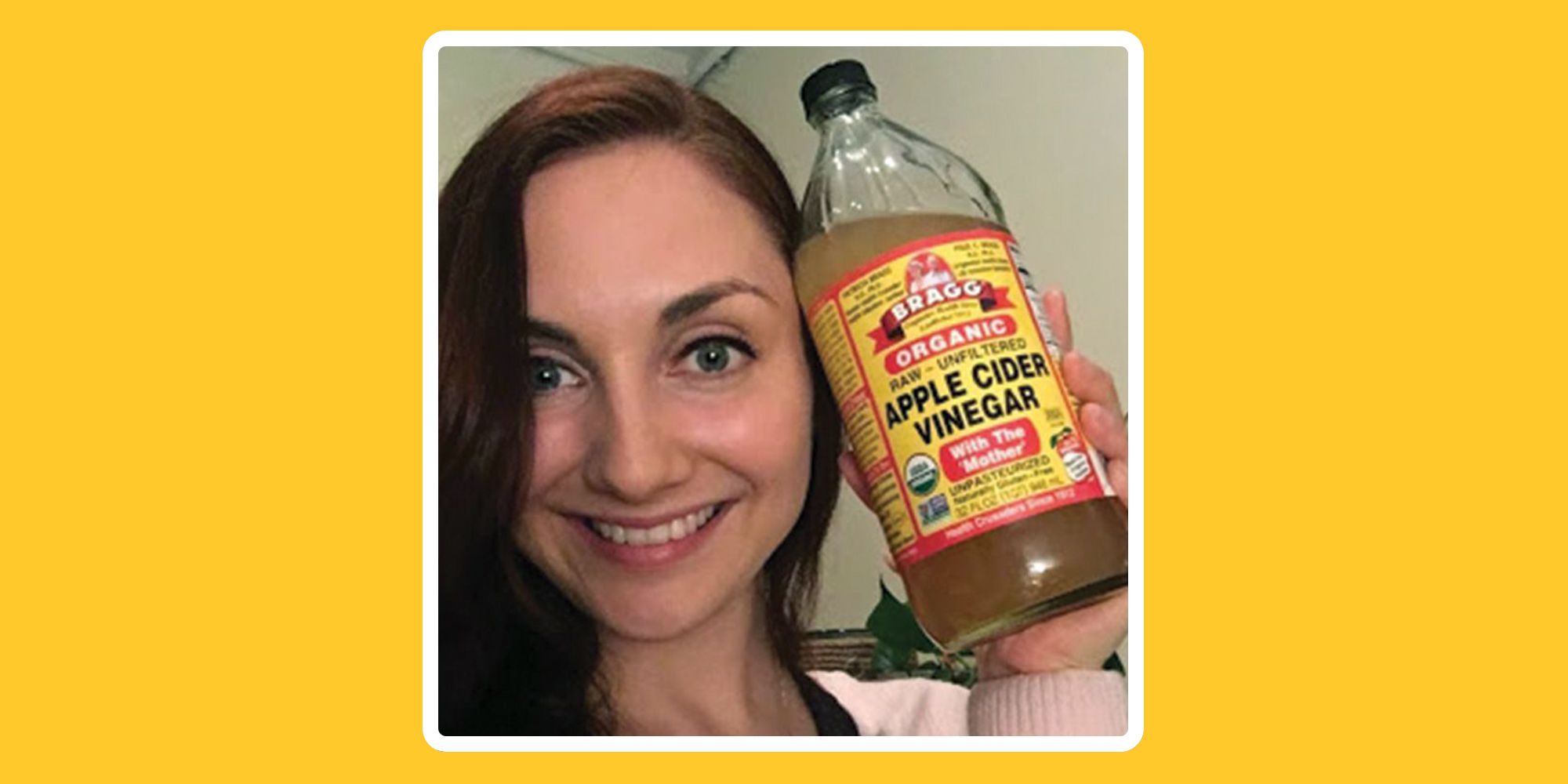 Many ACV fans also say the ingredient helps with skin issues (i.e. helping with oily skin) when you apply it directly, or when it’s an ingredient in a skin-care product. “Apple cider vinegar is reported to be useful for a variety of skin conditions because it helps calm inflammation and has antiseptic properties,” says Joshua Zeichner, MD, director of cosmetic and clinical research in dermatology at Mount Sinai Hospital in New York. “It has an acidic pH, which is why it is used as a natural skin toner.”

What’s more, ACV is high in pectin (a type of soluble fiber found in apples), which can potentially improve the skin barrier and lower inflammation, Dr. Levin adds.

But here’s the bummer news: Sunburn-induced puffiness isn’t so ACV-friendly. Apple cider vinegar is rich in malic acid, a hydroxy acid that’s lovely if you want to exfoliate. But, as you can imagine, this ingredient won’t be so great for a top layer of already-damaged, sunburned skin, explains Dr. Zeichner. “Apple cider vinegar may be useful in treating conditions like dandruff, however I do not recommend it for sunburns,” he says. Pour it on toasty red skin and you’ll likely just make the burn worse, causing seriously irritated skin or even chemical burns, adds Dr. Levin. 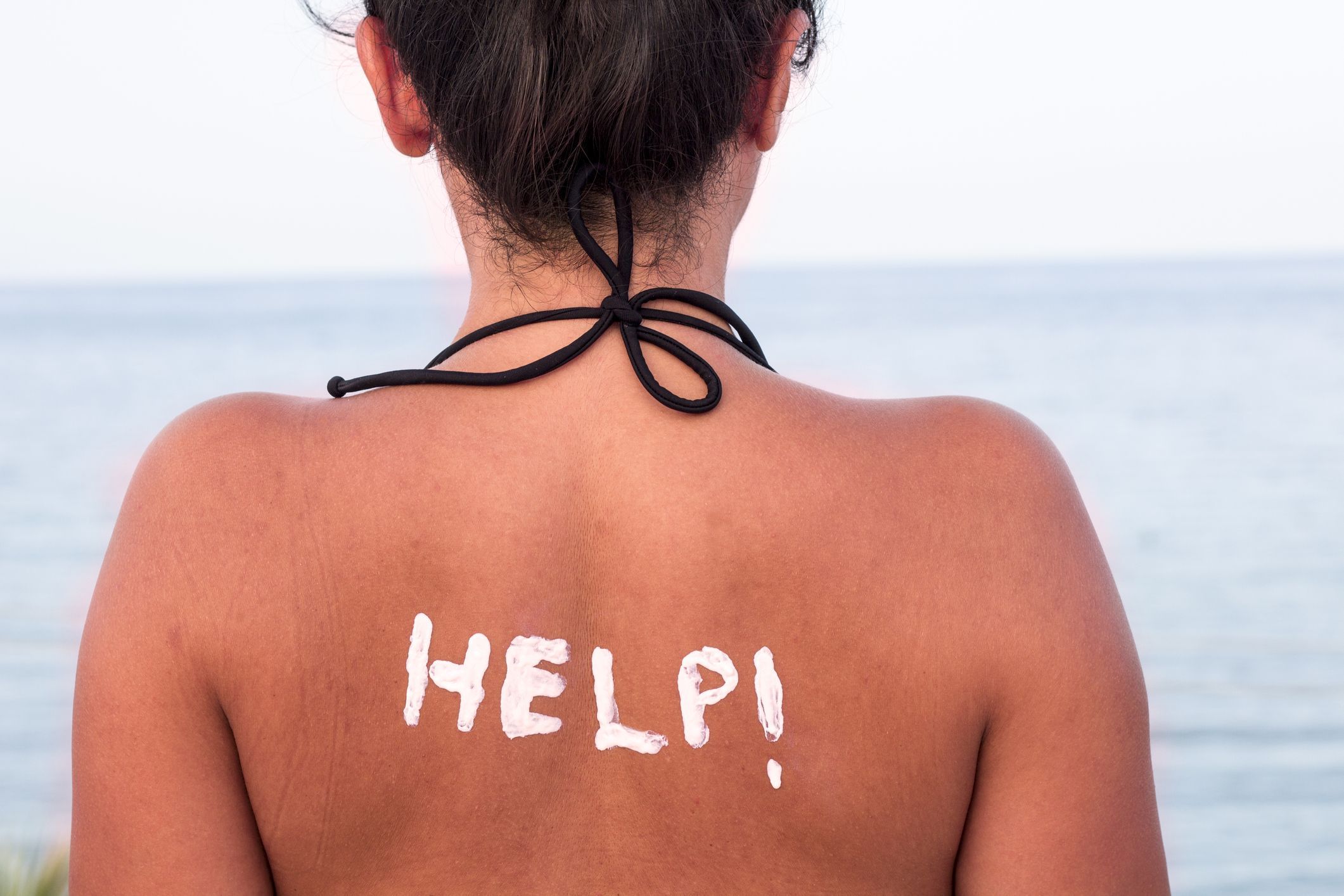 And before you think about just diluting ACV with water first and then soaking your tender burn, pause! While super watered-down ACV (read: 1 tablespoon in 1 cup of water) or a pour in your bath might come with some soothing benefits, these derms generally still recommend skipping it for a sunburn altogether as to not even risk the possibility of causing additional irritation.

Ugh, fine. What’s the best way to deal with my sunburn until it heals?

If you’re in pain and uncomfortable, Dr. Levin suggests cooling off your skin with a cold, damp cloth or compress plus a cold shower. Dr. Zeichner also notes, “Make sure to use gentle skin cleansers to remove any remaining sunscreen on the skin.” You’ll also want to avoid any harsh soaps as well as your loofah so you don’t aggravate your already-sensitive skin. Stay out of the sun, too, and drink lots of water.

If you’re puffy and your skin is sore to the touch, hit up your local drugstore for an over-the-counter hydrocortisone cream to calm down inflammation. Also, use a light and breathable moisturizer (read: no oils or lotions with ingredients like petrolatum, benzocaine, or lidocaine, which can trap heat or irritate your skin, says Dr. Levin). Look for products with aloe vera, which can help re-hydrate and soothe the skin.

Really feelin’ the burn? Take some ibuprofen (i.e. Advil or Motrin) or naproxen (like Aleve) to zap pain, swelling, and redness, Dr. Levin suggests. And remember: If your burn is severely blistering, takes up a large part of your body, or comes with other symptoms like a fever or chills, see your doctor right away, says Dr. Levin.