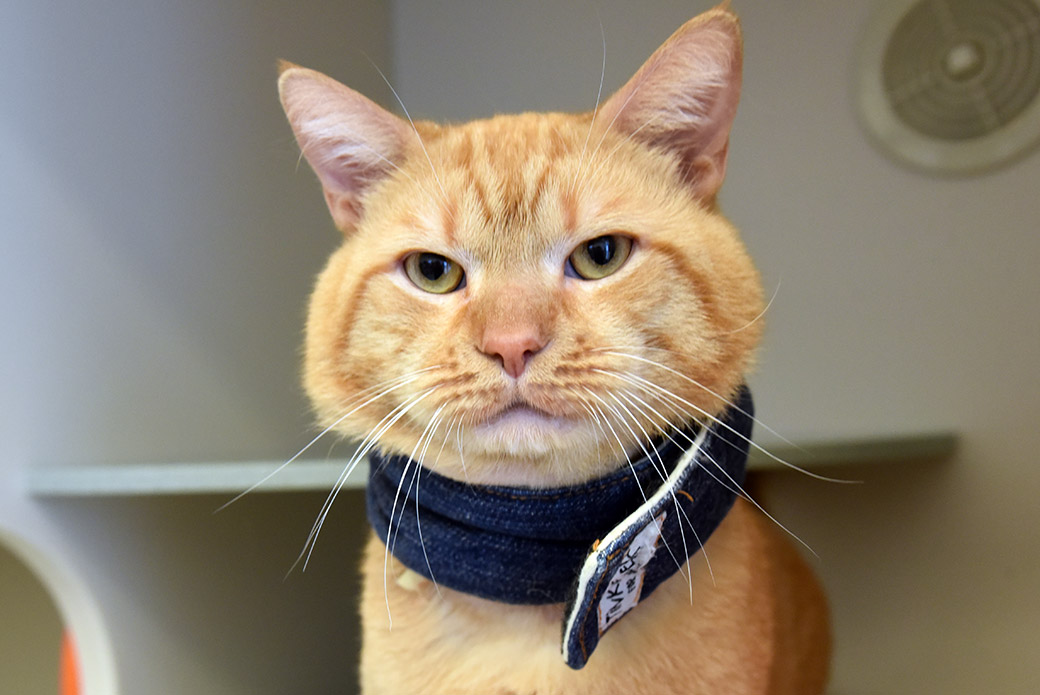 When Sylvia F. spotted and approached a tangerine-colored male cat behind a Manhattan housing complex at 99th Street and Second Avenue on May 7, she noticed an alarming gash on the underside of the cat’s neck.

She scooped up the injured stray and immediately hopped on a bus to the ASPCA Animal Hospital, where Dr. Andra Gordon, carefully triaged the ailing cat and noticed a very tight hair tie around his neck. She promptly removed it.

The next day, Drs. Laileena Yu and Matthew Gordon cleaned and surgically closed the deep wound caused by the hair tie, which had burrowed through his skin tissue. 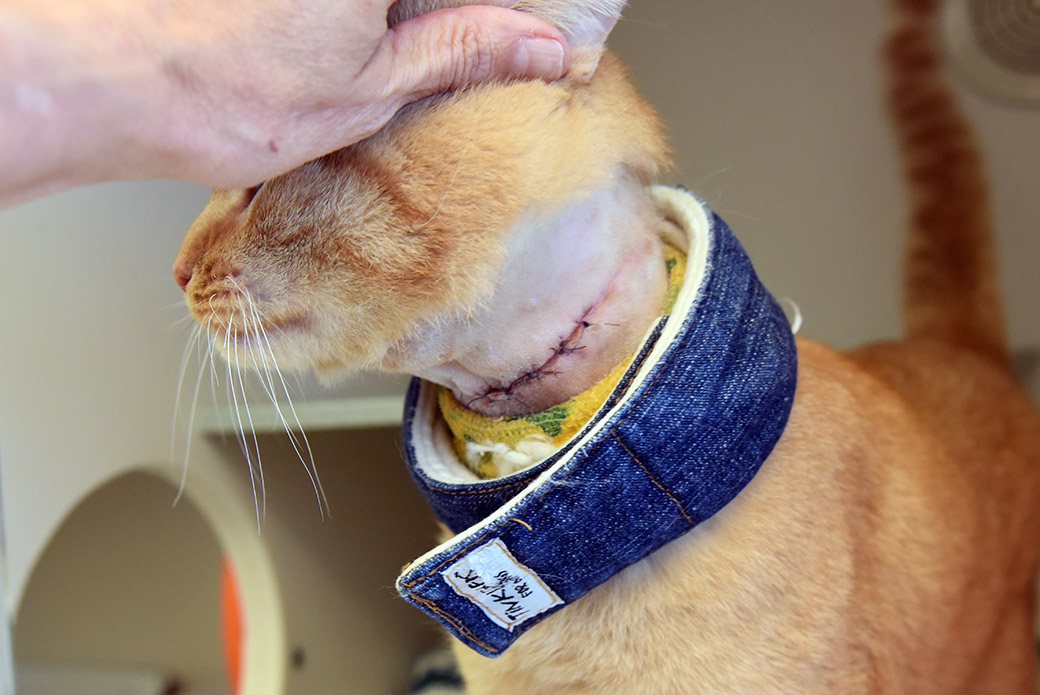 Dr. Melanie Benetato then covered the cat’s incision with a creative neck wrap, which caused less irritation than a traditional collar and prevented the cat—now named Larry—from scratching the area.

Shortly after his wound closure, Larry was discharged to the ASPCA Adoption Center for continued care. After two weeks of antibiotics and pain medication, the resilient cat—with his neck wrap still in place—was sent to a foster home to await more procedures. Later that month, Larry’s suture was removed and three of his teeth were extracted.

“Larry is a super sweet and friendly cat,” reports Shannon S., his foster caregiver. “The moment we got to my apartment, he started exploring. He immediately made my apartment his home, curling up on the chair or sharing the windowsill with my other cat. And he loved catnip toys.”

Dr. Felicia Magnaterra, Manager of Veterinarians at the Adoption Center, concurs, saying Larry’s laid-back personality made him a favorite among staff.

“Larry was incredibly tolerant of being medically handled—even purring—while in the Adoption Center. Thankfully, his wound wasn’t life-threatening, but I’m sure it was uncomfortable. He was amazing throughout his stay, and when he returned from his foster home, everyone made sure to pay him a visit.” 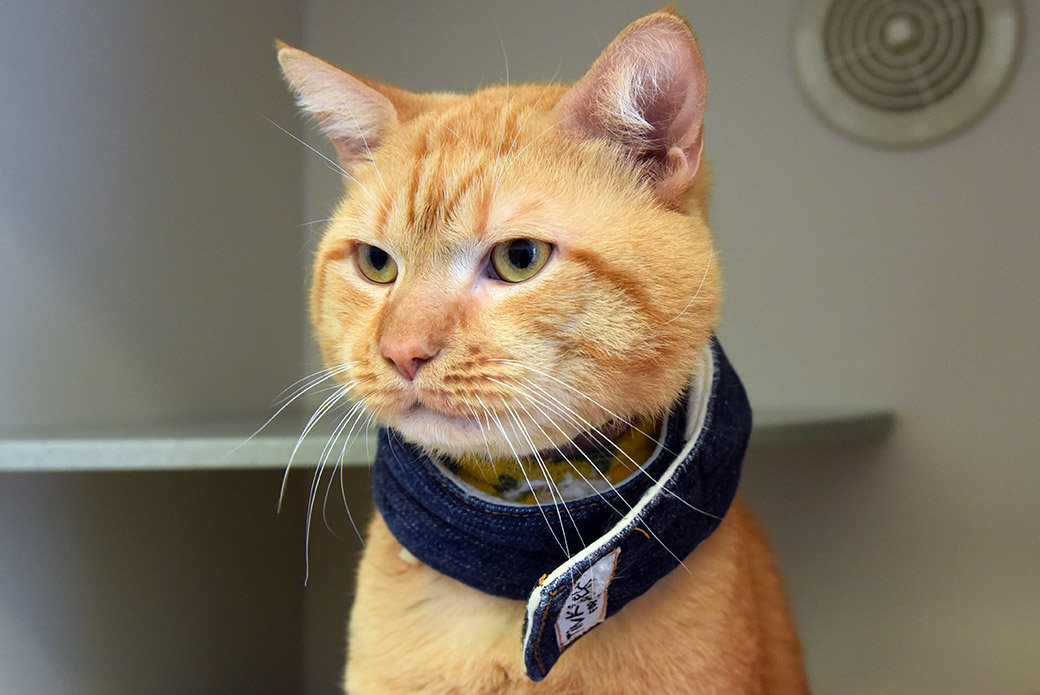 Once at the ASPCA Adoption Center, Larry’s eager-for-attention personality and flame-colored coat soon caught the attention of Teaisha P., who was looking for a feline companion.

“The first cat I looked at was sleeping, and the others were a bit shy,” recalls Teaisha. “But when Eleni Papadatos, an ASPCA Matchmaker, introduced me to Larry—it was perfect. He fit the bill. And he was outgoing and friendly.”

During his initial diagnostics, Larry had tested positive for feline immunodeficiency virus (FIV), which was disclosed to Teaisha prior to her adoption of Larry. Most cats with FIV live long, healthy lives and the ASPCA routinely places FIV positive cats into new homes. Larry’s diagnosis didn’t stop Teaisha, and she decided to adopt the sweet, friendly cat. 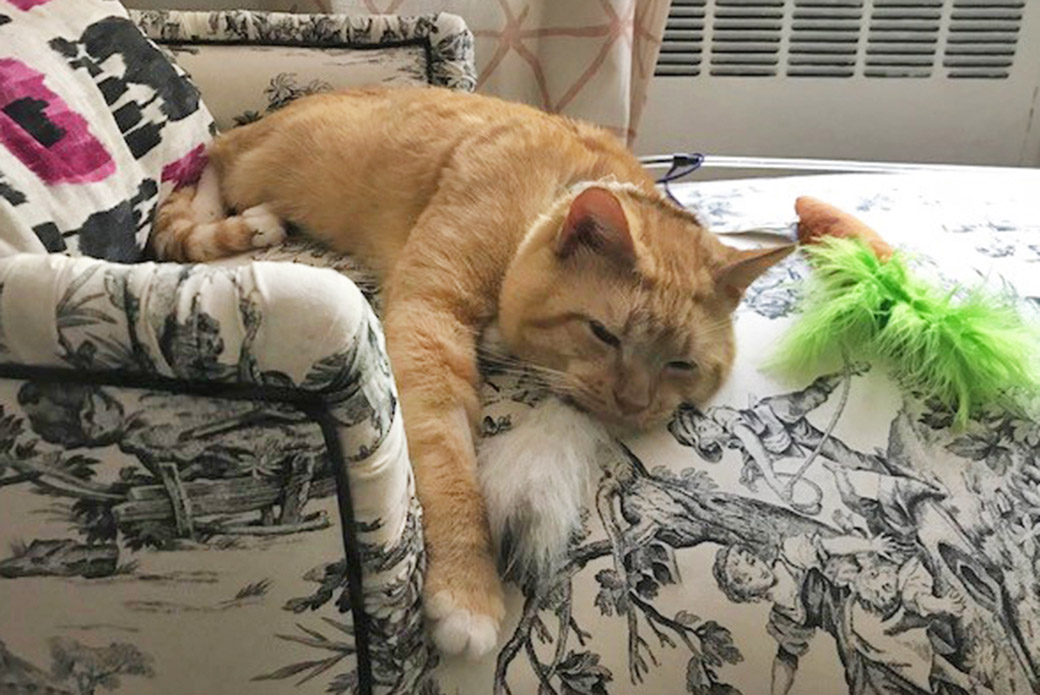 Teaisha made the adoption official on June 9 and welcomed home her new family member. Once home, Larry hid under the bed, but soon warmed up to his new family, including Teaisha’s sister and father.

“We had to earn his trust, and now he doesn’t hide anymore,” says Teaisha, a chef at Children’s Aid, a private child welfare nonprofit. “He comes right up on my bed and likes to snuggle.” 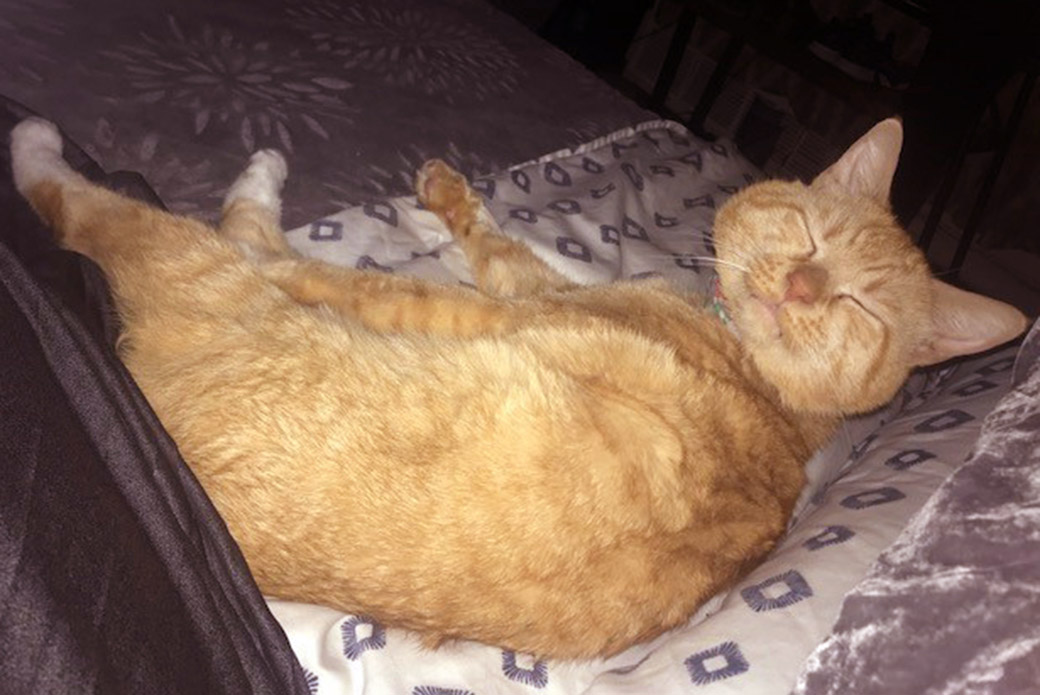 “He always wants to know where I am,” says Teaisha. “My sister said he was sad when I didn’t come home for a few days. Now, as soon as I come through the door, we have a meet and greet. He’s very vocal.”

Now off for the summer, Teaisha has been able to spend full days with Larry, even using her cooking skills to serve him a variety of healthy meals.

Given his painful past, Larry deserves all that loving attention and more. 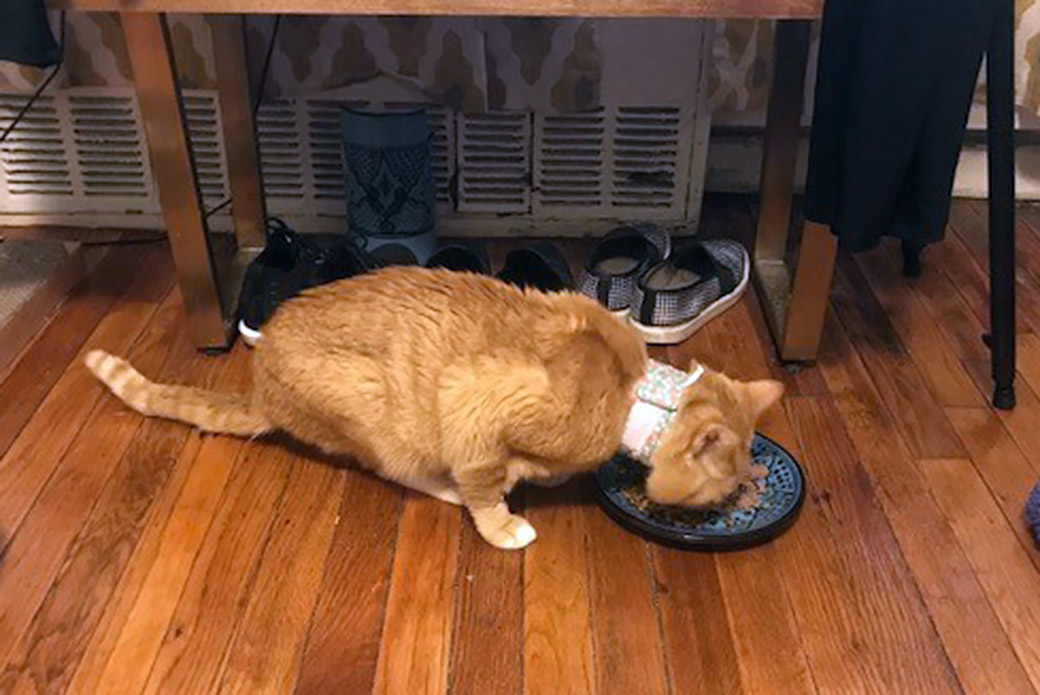