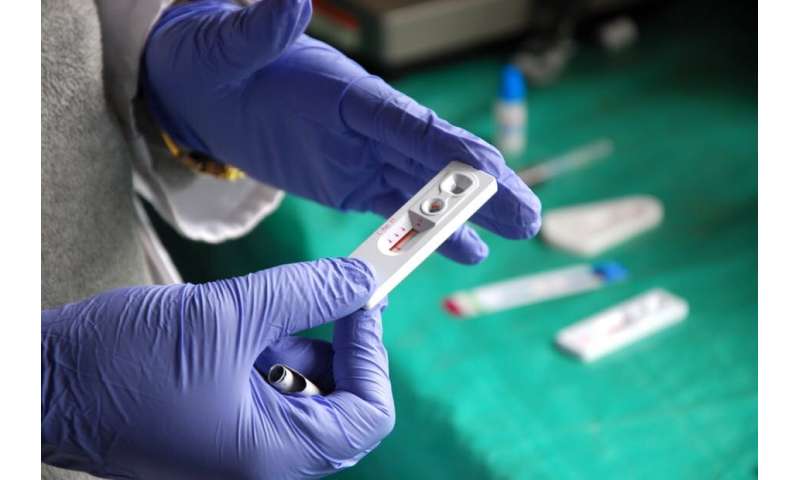 An HIV vaccine trial that started in 2016 in South Africa was halted in February 2020. The study sponsors made the call after interim results showed that the vaccine, known as HVTN 702, did not prevent HIV. This result was disappointing, but the search for an effective HIV vaccine continues. Anatoli Kamali speaks to The Conversation Africa’s Ina Skosana about other developments in the field.

Why do we need an HIV vaccine?

HIV remains a dangerous pandemic. The number of new infections remains high—about 1.7 million new cases every year. Young people, particularly young women, account for a large portion of the new infections. Scientists have made progress in developing HIV prevention tools in recent years. But marginalized groups—such as adolescent girls and young women, and men who have sex with men—can’t always access these tools easily.

A vaccine that prevents HIV infection will provide long-lasting protection and alleviate the need for prevention methods. It is critical to stopping the spread of HIV in areas where the use of current prevention tools is complicated by social, economic and political concerns. Simply put, we won’t be able to end the AIDS epidemic without a vaccine.

And there is progress. For example, the International AIDS Vaccine Initiative, a nonprofit scientific research organization, leads a program that’s been advancing the global search for a safe, effective preventive vaccine while building scientific capacity in Africa. This program has supported 11 clinical research centers and over 50 scientists working in this field in African countries.

How many HIV vaccine trials are there in the world?

There are more HIV vaccine trials happening around the world right now than there have been in years. About 40 vaccine candidates are in or near clinical trials.

But there are numerous scientific challenges to developing an HIV vaccine. The virus is complex and the methods that produced vaccines for other diseases haven’t been applicable to HIV.

The International AIDS Vaccine Initiative and its partners have, over the past 20 years, tested 33 HIV vaccine candidates. These advanced to clinical trials in 11 countries including Kenya, Rwanda, Uganda, Zambia, India and Germany.

What are the main things that are tested in trials, and how?

Because HIV mutates rapidly and evades the immune system, HIV vaccine clinical trials focus on a variety of promising scientific approaches and theories.

The first trials of a new vaccine performed in humans are known as Phase 1 studies and test the safety of the treatment. These studies may also look for early signs of effectiveness, such as viral load reductions a week or two after the vaccine is taken. Once Phase 1 studies are completed, the vaccine moves into Phase 2 testing. These studies collect safety and dosing information and begin to show how effective the treatment is when taken for several months.

One approach used in the halted HVTN 702 trial built on the promise of modest results seen in the US Army-led HIV vaccine trial in Thailand in 2009. The 2009 trial was the first and only one to date to demonstrate that an HIV vaccine can protect against infection. But this vaccine candidate decreased the infection rate by only 31% and had no effect on viral load.

Another large efficacy trial called HVTN 705/HPX2008 or Imbokodo launched in 2017 and currently has 2,600 women volunteers in South Africa. It’s evaluating a vaccine regimen designed to induce immune responses against a variety of HIV strains.

The main theoretical approach to developing an HIV vaccine aims to prevent HIV infection by getting the body to produce antibodies that fight most HIV strains.

Two vaccines have been designed to produce antibodies in reaction to the outer coat of the HIV virus. One of these is in a Phase 1 trial with men and women in Nairobi, Boston and Seattle.

Additional approaches use viral vectors, tools commonly used to deliver a gene from a target pathogen and elicit an immune response in the recipient. These are in early development and are approaching clinical trials.

In addition, two multinational clinical trials are testing whether it is possible to prevent HIV by directly infusing people with antibodies several times a year. Known as the AMP studies, for antibody-mediated prevention, these trials have completed enrollment of 4,600 men and women across four continents, including Africa.

It’s important to note that the preventive HIV vaccines being studied in clinical trials do not contain HIV. Approximately 30,000 people have participated in HIV vaccine studies around the world in the past 25 years. None have been infected with HIV from any of the vaccines tested.

What is the impact of the decision to halt the HVTN 702 trial in South Africa?

It’s obviously very disappointing, but there are many other vaccine candidates. We commend the trial volunteers, trial workers, scientists, and all the partners who collaborated to evaluate the vaccination regimen in this trial. Their efforts have led us to a greater understanding of what it will take to stop the global HIV/AIDS crisis.