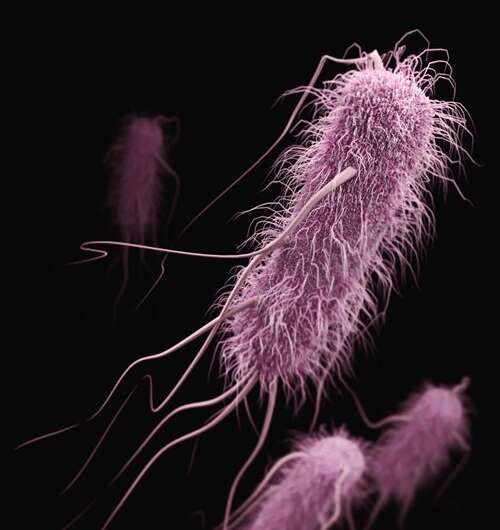 Antimicrobial resistance (AMR) occurs when bacteria and other microbes become resistant to the drugs designed to kill them, generally through misuse or overuse of the drugs.

The study, a collaboration between CSIRO, QUT and the University of Queensland, analyzed data from 21,268 patients across 134 Queensland hospitals who acquired their infections in the community.

CSIRO research scientist, Dr. Teresa Wozniak, said the high prevalence of UTIs make them a major contributor to antibiotic use in Australia.

“Our study found patients who contracted drug-resistant UTIs in the community were more than twice as likely to die from the infection in hospital than those without resistant bacteria,” Dr. Wozniak said.

“Without effective antibiotics, many standard medical procedures and life-saving surgeries will becoming increasingly life-threatening. Tracking the burden of drug-resistant infections in the community is critical to understanding how far antimicrobial resistance is spreading and how best to mitigate it.”

The study’s findings will provide further guidance for managing AMR in the community, such as developing AMR stewardship programs that draw on data from the population being treated.

CEO of CSIRO’s Australian e-Health Research Centre, Dr. David Hansen, said the magnitude of the AMR problem needs to be understood to mitigate it.

“Tracking community resistance is difficult because it involves not just one pathogen or disease but multiple strains of bacteria,” Dr. Hansen said.

“Until now we haven’t been using the best data to support decision making in our fight against AMR. Data on community acquired resistance is a significant missing piece of the puzzle.

CSIRO is conducting further research to understand the clinical implications of AMR, its health and economic burden, and improving surveillance of AMR in blind spots like rural and remote communities.

The paper, “The increased length of hospital stay and mortality associated with community-associated infections in Australia,” was published in Open Forum Infectious Diseases in March 2022.