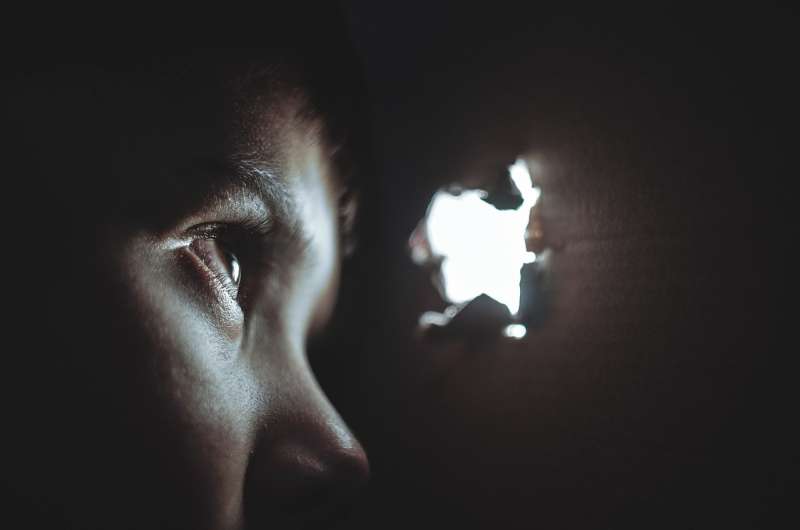 A new University of Hertfordshire study has, for the first time, identified a strong link between childhood emotional abuse and schizophrenia-like experiences in healthy adults, such as paranoia, hearing voices, and social withdrawal.

The research, published in PLOS ONE, is the first to summarize and quantify studies (25 in total) that have explored the relationship between childhood trauma and schizophrenia-like experiences in over 15,000 healthy people.

Researchers at the University of Hertfordshire analyzed the findings of past research to see whether specific types of abuse, such as emotional, sexual and physical abuse, as well as emotional and physical neglect, increased the likelihood of having schizophrenia-like experiences in later life.

They found a much stronger link between childhood emotional abuse and schizophrenic-like experiences in adulthood than other types of childhood abuse.

Researchers believe their findings could show that schizophrenia is a condition on a spectrum, like autism, where healthy people can have schizophrenia-like episodes without meeting the diagnosable threshold.

University of Hertfordshire researcher Dr. Diamantis Toutountzidis led on this study with supervision from Keith Laws, Professor of Neuropsychology at the University.

Dr. Toutountzidis says that “emotional abuse differs from other types of abuse. It is more common, often happens over longer periods of time, and is not treated in law the same way that physical or sexual abuse is.”