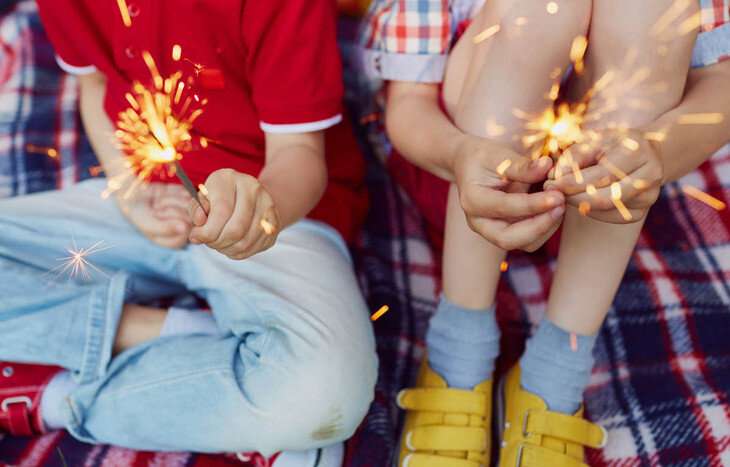 From Memorial Day through Labor Day, summer celebrations offer plenty of excuses to light up the night sky. From fireworks at wedding receptions and Independence Day celebrations to graduation bonfires and simple sparklers at weekend cookouts, Americans love playing with fire.

The trick is to do so safely.

In 2014, the most recent year for which data is available, U.S. hospital emergency departments saw an estimated 10,500 people for fireworks-related injuries, according to the National Fire Protection Association.

Dr. Cassiopeia Roychowdhury, a family medicine physician at the Penn State Health Milton S. Hershey Medical Center, said the most common injuries from fireworks are burns to the hands and arms from mishandling.

“It’s important to take practical safety measures, such as following directions on the fireworks themselves and standing far enough away when you are setting them off,” she said.

And it’s not just big fireworks that cause the problems. Nearly one-third of the injuries are caused by sparklers, which are often given to people of all ages.

“Be mindful of who is going to be around the fireworks,” Roychowdhury said.

Roychowdhury cautions to always protect your hands and face when setting off fireworks and to use them only with experienced people. Check your surroundings, too, to ensure there aren’t groups of people nearby who could be in harm’s way.

Weddings, parties and holiday celebrations are just some of the many occasions that utilize fireworks. These events are also when people are more likely to be consuming alcohol.

“Make sure anyone using fireworks is sober and has their wits about them,” she said. “You want to be smart about it.”

If you or someone else does get hurt, you can treat superficial burns with no skin breakage topically with aloe and by taking medicine for pain control.

“The burn itself is a problem, but it can very easily become infected, so it should be monitored closely,” Roychowdhury said.

Such burns should be checked to ensure they don’t worsen or become infected. She recommends keeping the wound clean using sterile water and paying attention to increased warmth or redness at the burn site.