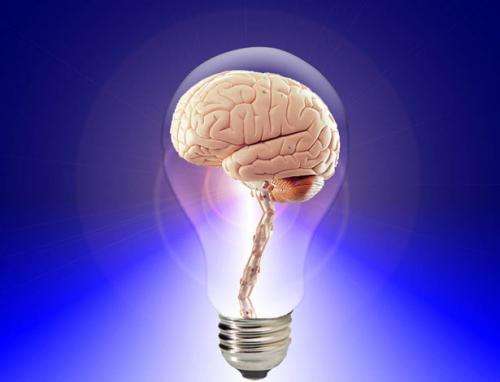 As more people live to advanced ages due to health care innovations, more also are dealing with the decline in mental acuity that can come late in life. Cognitive training is often touted as a way of treating—or even preempting—these issues, but there is significant disagreement on the effectiveness of various methods.

Researchers from The University of Texas at Dallas’ Center for Vital Longevity (CVL) conducted a large-scale analysis of the benefits of multiple training types for individuals who are aging healthily, as well as those with mild cognitive impairment.

Dr. Chandramallika Basak, associate professor of cognition and neuroscience in the School of Behavioral and Brain Sciences, is the corresponding and first author of the study published in February in Psychology and Aging. She said her meta-analysis—which assessed the results of 215 previous studies published in 167 journal articles—will have a large-scale impact on a controversial field.

“Effective cognitive training during late adulthood can help maintain, or even enhance, our cognitive abilities,” said Basak, the director of the Lifespan Neuroscience and Cognition Laboratory at CVL. “Credit this cognitive plasticity to our brain’s ability to recover some core abilities that decline with age with practice, such as processing speed, executive functions and working memory.”

Cognitive training in older adults refers broadly to activities designed to maintain or improve cognitive abilities that typically decline in late adulthood, such as short-term memory, attention, problem-solving and executive functions. Although techniques and tests vary widely, they usually involve a professional who administers a standardized test, supervises a training module designed to improve the skill or skills used on that test, and then retests to see if a subject has improved.

“Training modules are designed for the subject to relearn an ability that may have declined in a way that is both engaging and scientific,” said CVL research associate Shuo (Eva) Qin Ph.D.”19, another author of the study.

Basak said that the results from this meta-analysis supported the benefits of cognitive training, albeit limited to specific training modules: Those who were given any type of training outperformed their related control groups on post-training cognitive tests. The results support the idea that even an aging, slightly impaired brain can still make positive changes.

“Though healthy participants showed more robust cognitive improvements than those with mild cognitive impairments, there was widespread improvement across all groups,” Basak said. “One key finding was that cognitive training was found to significantly improve everyday functioning in older adults, which in turn can provide additional years of independence and potentially delay the onset of dementia.”

Her analysis compared the effectiveness of two prominent cognitive-training modules and gathered significant data on which techniques accomplish the most in older patients with mild cognitive impairment as well as those aging healthily. It also differentiated between what are called near-transfer and far-transfer effects.

“Though the primary goal was to compare single-component training to multicomponent training, this is also an important distinction,” Basak said. “We want to understand not only the effects cognitive training has on the specific abilities participants are trained on—these are near-transfer effects—but also on unrelated abilities that are not specifically trained during that specific training, which is far transfer.”

Basak explained that one way to describe far-transfer effects is learning a set of cognitive skills that results in improved performance on tasks under different contexts and that are very different from the learned task. For example, someone who is learning to play a computer game may end up improving their driving or someone practicing aerobic exercise may have an improved memory.

While single-component training studies focus on a single function, such as short-term memory, multicomponent studies either target multiple abilities sequentially or nonspecifically and simultaneously.

“Specifically, multicomponent training that combines core cognitive abilities, such as executive functions and processing speed, may be most promising,” Basak said.

As older adults become physically frail, cognitive training can be conducted without demands on physical abilities from the comfort of one’s home, she said.