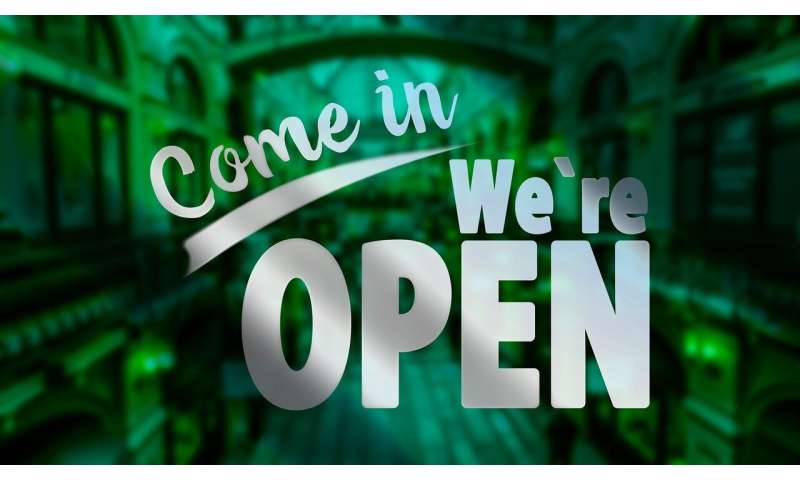 President Vladimir Putin said on Thursday there were no plans for a new lockdown in Russia even as officials registered a record surge in coronavirus infections and several regions were suffering “critical” outbreaks.

Hospitals in Russia’s regions have been overwhelmed by the sharp increase in virus patients with pictures circulating on social media showing people lying on staircases at medical facilities and long ambulance queues unable to deliver patients for treatment.

“We clearly understand how to act and therefore we are not planning to introduce sweeping restrictive measures, to launch a so-called nationwide lockdown,” Putin told an investment forum on Thursday.

Russia imposed one of the most restrictive lockdowns at the onset of the pandemic, and Putin called on business owners and company executives to implement anti-virus measures to avoid another shutdown during which “the economy and business operations practically stop”.

His comments came hours after officials recorded a record increase of 17,717 infections and 366 deaths, cementing Russia’s position as the fourth worst-hit country in the world after the United States, India and Brazil.

Earlier on Thursday, the government announced an aid package worth 11 billion rubles ($138.6 million) for the country’s regions which have overtaken Moscow in new cases and been overwhelmed by the surge.

At a meeting with Putin on Wednesday, deputy prime minister Tatyana Golikova described the situation in 16 regions as “critical”, saying that over 90 percent of hospital beds for coronavirus patients were occupied.

Pictures circulating on social media showed patients in the city of Lipetsk in western Russia bringing their own fold-up beds to a hospital.

In Omsk in Siberia, one ambulance crew told local media they had waited for more than 10 hours to allocated a bed for an elderly patient in a critical condition.

“The patient 100 percent needed to be hospitalised,” one of the medics, who declined to give her name, told the HGS Omsk news website.

Packed hospitals have also suffered severe staff shortages, with reports of medics quitting in large numbers citing safety concerns or the government’s failure to pay out bonuses promised to staff who worked with coronavirus patients.

The local government in Russia-annexed Crimea—which experienced a spike during the tourist season in the summer months—reported a shortage of 600 doctors in early September.

Officials in the northern republic of Komi tried to recruit staff earlier this month by offering free meals and hotels to medics willing to work in coronavirus wards.

With a total of 27,301 deaths, Russia has reported a much lower virus fatality rate compared to other badly hit countries, and Kremlin critics have accused the government of attempting to downplay the severity of the pandemic.

Last week officials in the Altai Republic in southern Siberia responded to footage showing body bags piling up in the basement of a hospital in the city of Barnaul, saying doctors were struggling to process the sharp rise in deaths and families were slow to collect remains, according to the Interfax news agency.

Doctors from three hospitals in the city of Kurgan near the Ural mountains appealed in a letter to Putin quoted by BBC’s Russian service this month for military medical specialists to be despatched to help “before people start dying right on the streets”.

At the beginning of the pandemic in Russia, non-essential businesses were shuttered and Moscow residents only permitted to move freely with official digital passes.