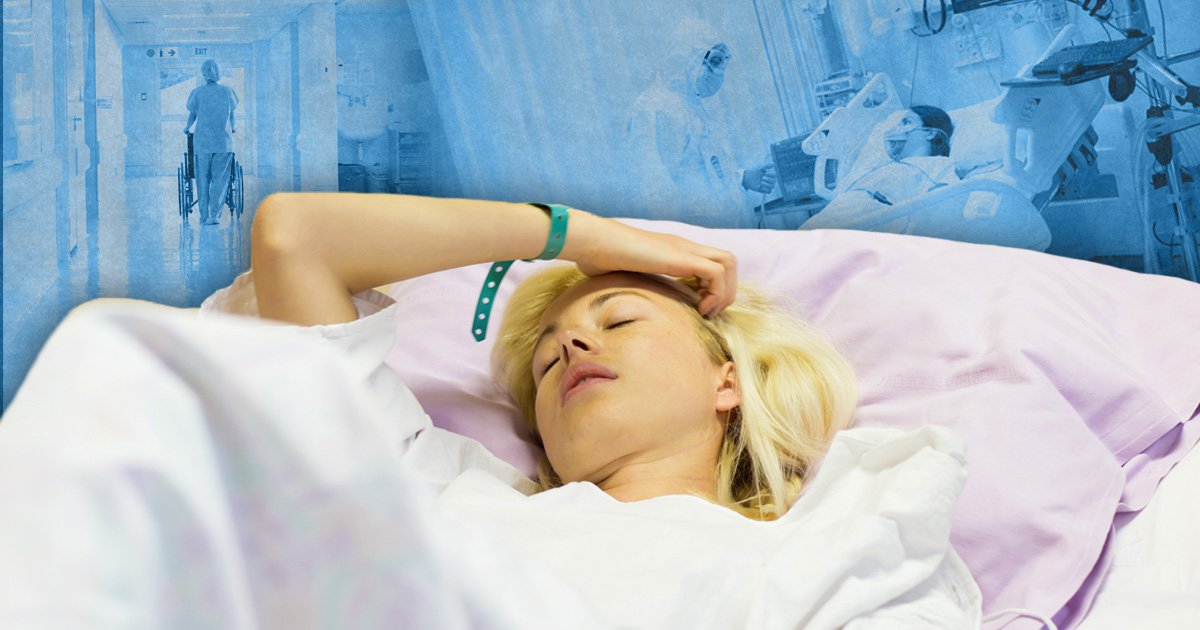 Bleak waiting lists, worn out staff, and insufficient funding: this has long been the reality of our NHS.

Even before the pandemic, multiple treatments and services provided came accompanied with a backlog of patients, sometimes spanning months.

But now the situation is even more dire, with a recent watchdog suggesting that Brits living in poorer areas now have longer wait times, and a list of delays that will take seven years to clear.

Going private isn’t an option for everyone, but some have felt like they have had no other choice – and are pushing themselves financially to the limit to get the treatment they desperately need.

At a time of universal economic pressure due to furloughing and redundancies galore, the fact that people are spending on something they are entitled to get for free is telling.

This comes as the NHS faces a record high of 5.6 million people waiting for routine operations in England.

According to the NHS RTT Waiting Times as of September this year, the list is growing by an estimated 150,000 people every month.

Waiting for treatment has been debilitating and has affected quality of life for many, as Debbie, from Norfolk, tells Metro.co.uk.

The 60-year-old has osteoarthritis and due to the impact it’s having on her, both physically and mentally, she’s decided to go private no matter the cost – even though it means she’ll be getting into debt.

Going private instead is costing her £12,000 – and taking on that new debt is something she understandably feels ‘quite apprehensive’ about.

‘But the prospect of getting back to a normal life within months – rather than years – is the most important thing to me,’ she says.

While on an NHS waiting list for years, she found the experience isolating.

‘The worst thing was being totally in the dark about when it might be re-scheduled, and as the months passed without any contact or support, I felt completely forgotten and alone.

‘My mental health suffered quite a bit as a result. I was prescribed stronger painkillers to help me cope, but they don’t remove the pain, they just take the edge off.

‘Life can be very miserable when every step you take hurts,’ Debbie says.

She was referred for two knee replacements just before the pandemic began in the Norfolk & Waveney region, which she claims ‘has the biggest waiting lists for elective surgery in England’.

The first operation took place on the NHS in January 2021, which is 10 months later than it was originally scheduled to take place.

The second was then scheduled, and she’d been ‘counting down the days’ with her hospital bags packed and ready.

With less than a week to go, surgery was cancelled.

Not wanting to wait a further year or two for the second operation, she ‘reluctantly’ went private and is due to go into surgery next month.

‘It was a difficult decision to make, but once I’d made the telephone call to the hospital to book it, I just felt a huge surge of relief that the uncertainty had been lifted,’ she says.

‘The turning point for me in deciding to go private was when my daughter asked if I’d like to go to a concert with her in London next summer.

‘I had been told I should expect to wait at least another year at the minimum, and quite possibly two, to get the second knee done on the NHS.

‘Realising I couldn’t make plans like this with family even a year away really brought home to me that I was living in limbo. I hadn’t considered private surgery as a serious option until that point.’

The strain this reality puts on day-to-day life is considerable – financially, emotionally and physically.

This has been the case for 83-year-old Janette*, from West London, who went private to Optegra for cataract treatment.

Newly widowed along with being unable to see and do her usual activities of crosswords and reading, she was left her struggling to cope.

Her daughter Kate, 55, says they used her savings to pay for treatment after the NHS postponed her appointment during the first lockdown.

By that point, they had been waiting two years.

‘Due to Covid there was no one to turn to on the NHS, no one taking calls at the hospital to even give her some guidance,’ Kate says.

Dipping into savings felt necessary for the family, particularly as Janette was unable to do any leisure activities to help deal with her grief.

Data from insurance policy company Quotezone.co.uk shows the demand for private health policies increased by 46% in the first eight months of 2021 compared to the same period in 2019.

Many people are researching private options and genuinely considering this costly alternative, for the first time.

Melissa, 31, has always relied on the NHS, but after her endometriosis worsened and waiting times stretched ahead, she looked into getting help privately.

Unfortunately, after having a private consultation and realising she couldn’t find a way to make the ends meet, she had no choice but to stick to the waiting list.

‘I had a consult but ended up having my first lap on the NHS,’ she tells Metro.co.uk.

‘My endometriosis is so far spread and that I now need three specialist surgeons – the cost is unattainable for me to go private.’

Nearly two thirds are living in pain because they can’t afford the treatments they need.

But for those who do press ahead, the decision is weighted by a financial burden.

The financial cost of waiting for surgery

Versus Arthritis, a charity that commissioned research via YouGov, found that over half of those living with arthritis and musculoskeletal (MSK) conditions and waiting for surgery are spending on average £1,739 each year to manage their pain.

They’re spending this on:

One in five say they’re going without basic needs, such as food and heating, to pay for pain management methods.

It’s a similar story for those dealing with other kinds of medical issues, such as neurological disorders, or mental illness.

For eight-year-old Toby, who has the neurological conditions of autism and ADHD, resorting to private care seemed vital.

His mother, Claire, tells us: ‘We were initially told that the waiting list was 12-18 months.

‘After 15 months, in the middle of the first lockdown, we reached crisis point with his mental health and they agreed to have a telephone appointment.

‘He was then put him on a waiting list for an autism assessment, which we were told is another 18-24 months, but could be up to three years or more with Covid delays.

‘The decision to go private wasn’t taken lightly. The assessment has cost us over £1,000 and then ongoing private prescriptions and medication for the ADHD costs over £80 per month on an ongoing basis.

‘Because we sought a private diagnosis, we need to seek treatment privately too, until such point that the private doctor is able to hand over his prescription for shared care with CAMHS (under the NHS).

‘But this will be a minimum of three months or until they are happy that the medication is working and suits him,’ she says.

After feeling ‘in limbo for such a long time’, Claire felt it was in Toby’s best interest to speed up the process of getting the necessary diagnoses and with that, educational support.

She adds: ‘Without a diagnosis we felt that we couldn’t access the support that he needs in school, and he wasn’t able to fully understand himself and realise that he’s not alone.’

These are issues that, the earlier addressed, the better for the patient.

This isn’t to place blame on NHS staff – they’re stuck in the same system those on the receiving end of care are too.

‘One of the first and most important steps in reducing waiting times for patients, is to make NHS careers more sustainable and attractive.

‘For this, we need dedicated funds and ambitious, focused targets to release workforce capacity, restructure existing systems and put real people back at the centre of staffing policies.

‘Increasing hospital capacity and running extra services won’t be a magic cure for waiting times. To get back on the front foot and continue delivering excellent patient care, the NHS needs to make staff wellbeing their top priority.’

The nation is far from solving the crisis, it is steadily growing worse.

It will take major governmental action to catch up with the backlog that has amassed over the pandemic, and support for those stuck in the meantime.

*Name has been changed.