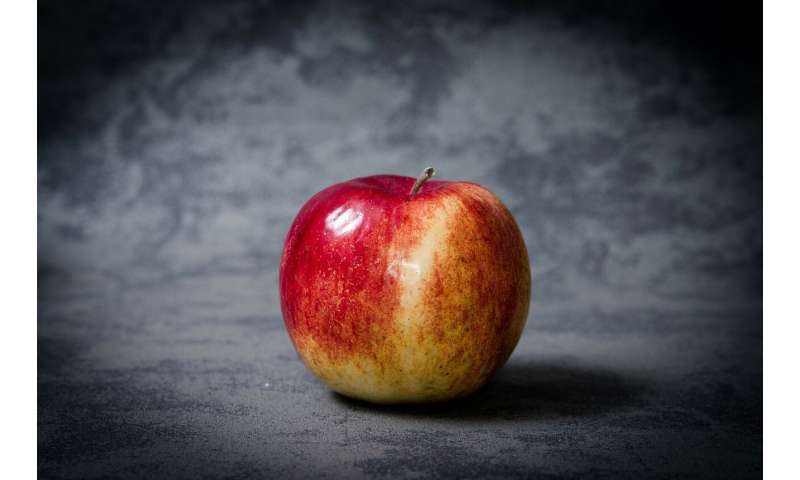 “We wanted to learn from consumers what will happen to conventional products when the labeling goes into effect and we start seeing ‘GM’ and ‘non-GM’ labeled produce at the market,” said co-author Miguel Gómez, associate professor at Cornell’s Charles H. Dyson School of Applied Economics and Management. “Will shoppers be willing to purchase a product when the new labels are introduced?”

Consumer aversion toward genetically modified food has inspired mandatory labeling proposals and laws at the state and federal levels, according to the paper. On Jan. 1, the U.S. Department of Agriculture will begin implementing the National Bioengineered Food Disclosure Standard, which requires food marketers to disclose the use of GMOs in food and food products.

In the study, the Cornell researchers recruited 1,300 consumers, who were shown GM, non-GM and unlabeled opportunities—in random sequences—to purchase apples, as well as other fruits and vegetables.

If a consumer was presented first with an apple labeled “non-genetically modified,” the shopper’s preference for it was 67.2% – statistically even with the shopper initial preference for an unlabeled apple. “In other words, the ‘non-GM’ label is not stigmatizing the unlabeled product,” Gómez said.