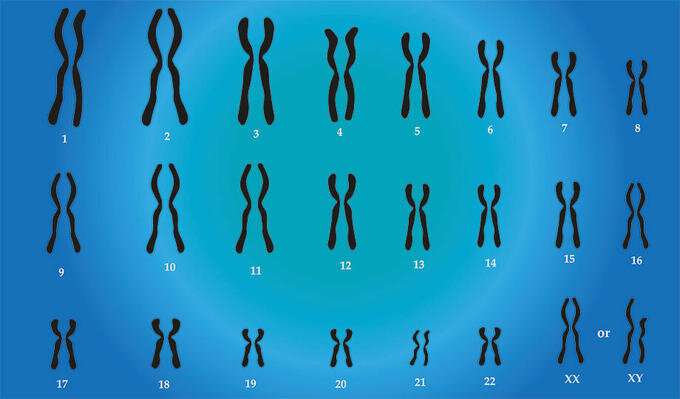 Cancer remains the leading cause of death by disease in children and young people in the UK. It’s a stark reminder of how much work remains to be done, and why Cancer Research UK (CRUK) is making pediatric cancer a priority. We caught up with Professor Christine Harrison to find out about her Cancer Research UK–Children with Cancer UK Innovation Award.

Bringing basic research into the real lives of children in the clinic has been a driving force for Professor Christine Harrison over a career of exploring chromosomal abnormalities in children’s and young people’s cancers.

She and her collaborators are one of five teams receiving a Cancer Research UK–Children with Cancer UK Innovation Award—our first dedicated funding scheme for research into pediatric cancer and part of our refreshed research strategy for cancer in children and young people.

Alongside her fellow Newcastle University-based collaborators—molecular cell biologist Professor Jonathan Higgins and pediatric oncologist Professor Steve Clifford—Christine’s research aims to understand the mechanisms that cause aneuploidies in children’s and young people’s cancers. Not only to gain an understanding of how they lead to the disease but also, ultimately, to identify potential therapeutic opportunities, which if applied early enough, may prevent some cancers from developing.

Chromosomal aberrations were one of the early features described in cancer cells, but whether aneuploidy—a deviation in the number of chromosomes—is a cause or consequence of the disease, has long been debated.

“It’s chicken or egg, isn’t it…” teases Christine. “I think aneuploidy gives rise to cancer, and that something gives rise to aneuploidy. The question is, really: is there a pre-disposing factor that initiates aneuploidy? That’s what we are looking for in this work.”

The three-year project will bring together Christine’s experience in acute lymphoblastic leukemia (ALL) and Steve Clifford’s expertise in medulloblastoma—both characterized by aneuploidy. Jonathan Higgins, a mitotic control expert, is entering the pediatric oncology field for the first time. He’ll provide essential insight into the causes of aneuploidies, in particular of chromosome 21 (ALL) and chromosome 7 (medulloblastoma).

The first order of business will be to identify any genetic factors that confer a predisposition to chromosomal mis-segregation—an error in cell division that may provide the genomic link to the cause of aneuploidy. Key to this, says Christine, is an extensive database of sequenced patient samples. “We have collected large data sets from genomic studies, through working closely with colleagues in America, Japan and China who are contributing their data. Mining these data will allow us to drill down on some predisposing factors that we can test.”

Once the team have identified any predisposing genomic links to aneuploidy, they plan to examine what effect they have on cell division in cultured cells—a leap Christine is clearly excited about: “Rather than just looking for possible predisposing factors, we are going further by observing the differences this makes to cell division, which I don’t think anyone has done before.”

Simple in theory, but there are challenges with this approach. Least of which, says Christine, is the fact that cancer biology is rarely neat and tidy. “We don’t think it’s a single defective gene on chromosome 21—rather a combination—but we don’t know which combination, so if we can take three or four genes and insert them into cells, we can observe how the cells behave.”

So, the trick here is to create these multi-gene expression constructs and then deliver them into cell lines. To do so, the team are turning to human artificial chromosomes (HACs).

First developed nearly 30 years ago, HACs are artificially created DNA molecules—in effect, mini-chromosomes—which allow the delivery and expression of full-length human genes of any size into human cells in vitro. It’s this ability to carry a heavy genetic load, including any regulatory elements, that is vital to importing the combinations of candidate oncogenes the team want to examine. As they don’t require integration into host chromosomes, HACs also avoid problems of insertional mutagenesis.

These advantages over viral vectors will allow the team to create the all-important functional assays to monitor growth and survival of the cell line.

“It’s all very well finding a relevant gene—but we need to know how it operates and what its role is within the cancer,” says Christine. “By engineering our predisposing genes into live cells in culture using HACs, we can observe their behavior. It’s technically challenging, but I think it’s possible.”

The delivery and expression of candidate oncogenes could reveal the extent to which aneuploidy in these cancers—and possibly others—are reliant on multiple driver genes.

“If we can show that it isn’t a single gene driving the disease, then I think that’s probably going to be the case for a large number of cancers,” says Christine. “So, if we can achieve this goal for aneuploidy in childhood ALL and medulloblastoma, then I don’t see why it won’t work in every cancer that has aneuploidy as part of its genetic make-up.”

And whilst this is bench-based research—as always, Christine is looking towards the clinic. If the team discover the right combination of genes, which cause the aneuploidy seen in these childhood cancers, there is hope this finding will lead to new therapeutic approaches. “Manipulating the cell division of cultured cells based on the genetic make-up of individual cancer patients may make it possible to uncover a preventative mechanism,” she says. “If we can find therapies that target these gene combinations, we can potentially eradicate the cells carrying them.”

When it comes to cancer prevention however, Christine knows ambition needs to be measured with pragmatism. “It’s obviously very difficult to envisage prevention of this type of cancer—but if we can begin to understand how it develops, we can at least hope to provide early disease detection.”

That, of course, is still incredibly impactful. Early detection of cancer is vital to improve patient outcomes. The team hope to be able to refine the classification of both ALL and medulloblastoma to improve risk stratification and, consequently, treatment. Different chromosomal abnormalities can predict how a child will respond to treatment, meaning there is real prognostic value in understanding them.

ALL in children is a good example of some specific challenges around childhood cancers. Whilst up to 90% of cases can be treated—that treatment is often toxic with unpleasant long-term side effects. A preventative approach based on Christine’s work could lead to life-changing clinical practices for those young patients who are diagnosed with ALL—especially if relapse of patients with aneuploidy can be prevented.

If successful, the team will be the first to apply a multi-gene expression model to functional analysis of ALL and medulloblastoma, potentially identifying aneuploidy-specific targets for effective treatment. This research plan is bold. And, like all bold research, it carries with it not only incredible potential but also risk of failure.