The dangerous of a fatty liver is that it often remains undetected because it causes no severe symptoms, but at the same time the risk for severe illnesses increased massively. Another Problem is the diagnosis is, because a fatty liver can only be detected, if it has increased, and already adverse effects. This wants to change a European research community. You are developing a simple blood test to detect fatty liver in the early stage.

Currently a fat is the liver, only in a more advanced stage due to elevated liver function tests, ultrasound or a liver biopsy detect. Researchers from the European science organization EMBO (European Molecular Biology Organization) of the liver presented recently a new diagnostic method for the early detection of a fat. The Team identified specific proteins in the blood that indicate the emergence of liver disease. The results of the research were recently presented in the journal “Molecular Systems Biology”. 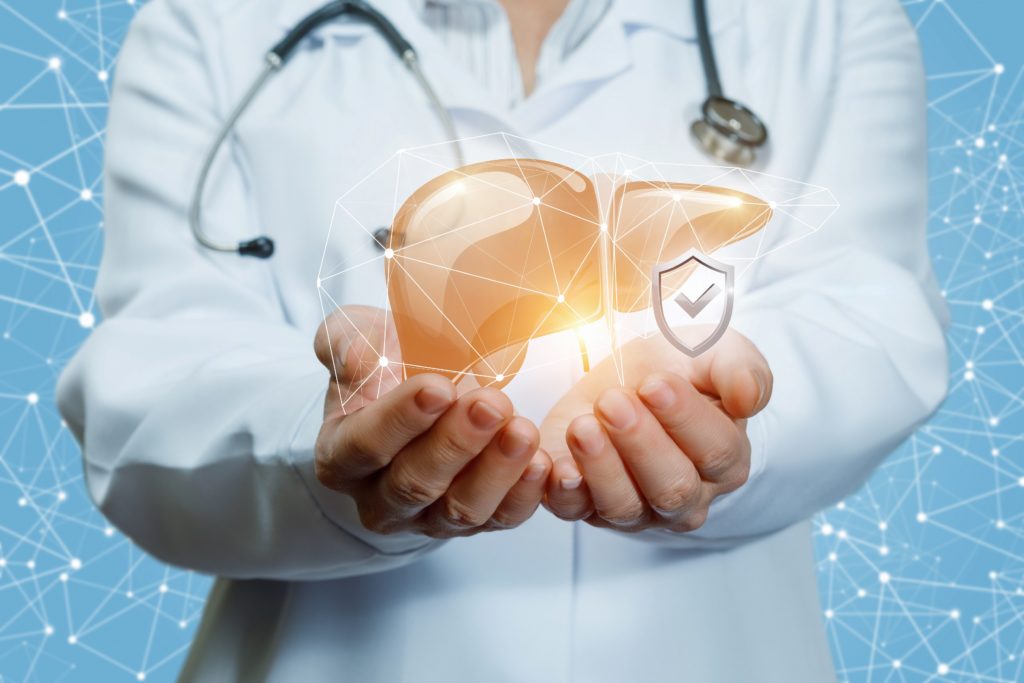 Fatty liver – the secret of Suffering

The non-alcoholic fatty liver has developed in the last decades, a widespread disease. According to an estimate by the German liver Foundation, one in every four inhabitants in the age over 40 years is already affected by a adipose liver. Unhealthy diet is the most common cause. Often, the fat remains in the liver undetected, because only nonspecific symptoms, such as lethargy, fatigue, feeling of fullness or stomach pressure in the right upper abdomen in some cases, to their presence.

If left untreated, can ignite the fat of the liver, which favors the severity of diseases such as liver cirrhosis or liver cancer. Suffering of the affected people at the same time a heart disease, this is often a more severe course.

Proteins reveal the fatty liver – before it happens

EMBO-Researchers have discovered a number of proteins that are enriched in the blood, when a non-alcoholic fatty liver disease. These proteins in the blood plasma are already in a very early stage recognizable. The fat is recognized liver early, can be prevented with specific lifestyle changes and possibly medications, the emergence of the disease. The proteins may be detected through a simple blood tests. Lengthy and costly diagnostic procedures, with the mountains in the case of a Liver biopsy is also some risks that are no longer required, so the research team.

The liver: Tough, but not indestructible

“The liver is very resilient and can regenerate itself,” says study leader Matthias Mann of the University of Copenhagen in a press release of the study results. This could be the reason that liver damage due to excessive fat can remain in storage for a long time undetected. If the damage is too big to fail the liver function in the end – with far-reaching consequences for the body, because the liver is an important Organ that filters toxins from the body, and produces proteins needed for digestion, blood coagulation and other important physiological functions.

“Until today, the standard procedure is for the diagnosis of non-alcoholic fatty liver of the liver biopsy – a time-consuming and costly process, that can lead to complications,“ says the head of research. A reliable and non-invasive method for early detection is urgently required.

In a series of experiments, the research team found that the proteins in the blood of a fatty liver diseased significantly from those of healthy people differ. Many proteins are directly related to known aspects of the disease. This includes, according to the researchers, a lack of Vitamin A and D, as well as a damaged sugar metabolism, for example. In further experiments, the scientists were able to identify six proteins that are significantly associated with non-alcoholic fatty liver and, at an early stage are detectable. “This is an important step on the way to new diagnostic instruments for the identification of patients with fatty liver in an early vorsymptom Hanseatic stage,” conclude the researchers. (vb)