While several COVID-19 vaccines have been approved to date, the constant evolution of the severe acute respiratory syndrome coronavirus-2 (SARS-CoV-2) receptor-binding domain (RBD) has challenged the efficacy of these vaccines.

The B.1.1.7 (UK), B.1.351 (South Africa), and P.1 (Brazil) variants, in particular, have negatively impacted convalescent sera and immunotherapies that were approved for emergency use.

A potential solution to viral immune escape is using camelid Variable Heavy chain domains of a Heavy chain (VHHs) or nanobodies, which are capable of recognizing epitopes that are often inaccessible to conventional antibodies.

Researchers from the US isolated anti-RBD nanobodies from llamas and “nanomice” engineered by them to produce VHHs cloned from camels, dromedaries, and alpacas. In order to produce neutralizing nanobodies against SARS-CoV-2, the researchers immunized 3 nanomice and 1 llama with RBD and the stabilized prefusion spike. They isolated peripheral blood mononuclear cells post-immunization and amplified VHHs and cloned them into a phagemid vector. The research is published as an unedited manuscript in the journal Nature. 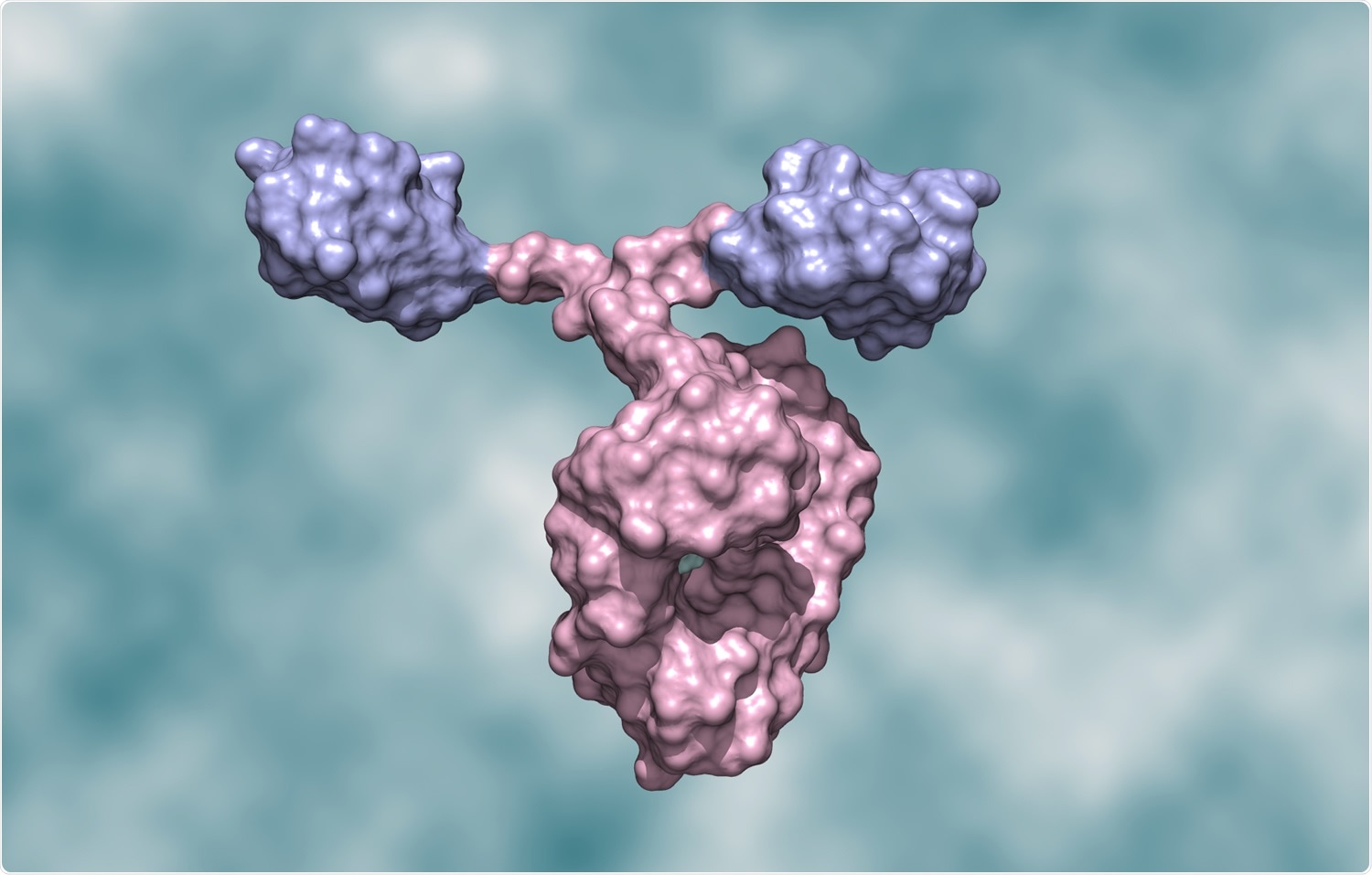 Deep-sequencing analysis identified an average of 26,000 nanobody variants per library, with a total of 199 unique CDR3s for nanomice and 192 unique CDR3s for llama. Overall, they identified 2 sets of highly neutralizing nanobodies. Group 1 antibodies evade antigenic drift by recognizing a highly conserved RBD region in coronaviruses that is rarely targeted by traditional human antibodies. Group 2 antibodies exclusively focused on the RBD-ACE2 interface and did not neutralize variants with E484K or N501Y substitutions. Interestingly, group 2 nanobodies show full neutralization activity against the variants when expressed in the form of homotrimers, surpassing the activity of the most potent SARS-CoV-2 antibodies identified to date.

According to the authors, a key contribution of their work is the creation of nanobody-producing mice. Although previous studies have explored the transgenic expression of 1 or 2 llama VHHs, this work replaces the entire VH domain with 30 VHHs. This leads to physiological recombination and selection during ontogeny.

Their nanomouse 1.0 can produce high-affinity nanobodies and can be further improved by increasing the number of VHHs available. This can be achieved by producing a second allele with VHHs from llamas, guanacos, and vicuñas, which are the 3 camelids not represented in this work.

The researchers hope that such improvements in animal models will help popularize the development of nanobodies against infectious diseases or other basic applications. The authors used the engineered nanomice to produce highly potent and specific nanobodies against SARS-CoV-2 RBD, as a proof of principle.

Although several monoclonal antibodies isolated from humanized mice or COVID-19 patients have successfully blocked the RBD-ACE2 interface, immunotherapies with these antibodies are prone to escape variants with mutations around the ACE2-binding motif.

The anti-RBD nanobodies isolated by the researchers were able to overcome this limitation in 2 ways. Although the llama nanobodies, Nb15 and Nb56 inhibit ACE2 binding to the original SARS-CoV-2 spike, they were not effective against variants with E484K or N501Y substitutions. However, these nanobodies show remarkable neutralization potency in multimeric form. The authors believe this is likely because of increased affinity for the trimeric spike or the simultaneous cross-linking of multiple spikes on the viral membrane.

The nanomice nanobodies, Nb12 and Nb30 recognize a highly conserved RBD region among Sarbecoviruses that is not accessible to most human antibodies. Since this region is outside the ACE2 binding motif, Nb-RBD contacts are not affected by E484K or N501Y substitutions.

Although the conserved domain does not overlap with the ACE2 binding motif, structural studies by the authors show that this class of nanobodies interferes sterically with ACE2-RBD associations.

Based on these features, the authors are hopeful that their nanobodies may offer valuable tools for passive immunotherapy or pulmonary delivery against both current and future SARS-CoV-2 variants of concern.