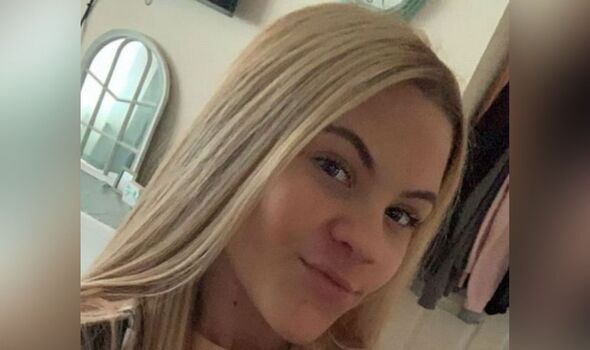 A teenager spent four days in a coma after suffering a massive brain bleed.

Lily Alford, who is described as very sporty, landed awkwardly on her head during trampoline practice.

The 15-year-old’s parents called NHS 111 after she experienced episodes of sickness that progressively worsened, including double vision, severe headaches, and dizziness spells.

They advised Lily to go to A&E.

To the horror of her parents, a brain scan at the Royal Glamorgan Hospital in Llantrisant, Wales, revealed an aneurysm that was close to rupturing.

Lily was airlifted to the Bristol Royal Hospital for Children, where, just hours later, the aneurysm ruptured, causing a severe bleed on her brain, reports Wales Online.

An urgent operation was carried out to put a titanium coil over the aneurysm, and she would spend the next four days in an induced coma in paediatric intensive care.

Her mum Karen Alford said: “Over the next few days we were told Lily was critical.

“We were taken into a side room and given the devastating news that they may need to withdraw life support.

“If she were to wake up, she would be brain dead or severely disabled and she was given under a 5 per cent chance of a full recovery.

“Life had gone from completely normal to a living nightmare in just a few days.

“My brain just couldn’t link the person I saw in that hospital bed to the girl I’d always known.

“She was a mass of tubes and machines and things that beeped and bandages.

Lily’s parents, Karen and Mark, from Tonyrefail in Rhondda Cynon Taf, Wales, were informed by medics that the aneurysm had been there for years and that if it had not been for the trampolining accident and the timing that led them to be in hospital when it ruptured, it was highly unlikely that Lily would have survived at all.

After spending several days in a coma, Lily began to wake up and would open and close her eyes if her mum was talking to her or playing a playlist her twin brother James had made.

Karen added: “Lily looked at me and blinked deliberately as if she understood what I was saying. Then I asked her to blink if should understood me, and she blinked.

“Over the next few days, we communicated by blinking for ‘yes’ and ‘no.

“From there she progressed to slightly nodding her head and then moving her left arm.”

Her family was elated. After imagining the worst and thinking that Lily might be brain-dead, she was able to communicate.

Over the weeks that followed, Lily’s personality began to shine through more and more.

She started rolling her eyes at her mum and dad, watched Love Island from her hospital bed and enjoyed having her hair and nails done.

“It was the most horrendous experience of my entire life,” Karen recalled.

“I kept asking if she would live, but then the most amazing moment happened when she had the tracheostomy removed. Lily’s first words were ‘I love you, Mum’.”

Lily recovered so well that she was moved to a high-dependency unit, where she progressed even further.

During one physiotherapy session, she amazed everyone by standing for the first time with the aid of a tilting table.

“The best thing of all was that she was the same feisty, funny child that she had been before.

“I started to let myself believe that this was just going to be a blip in her life which we would get over,” added Karen.

Her doctors said they were amazed by the progress she had already made and were confident in getting her back to playing sports.

Lily said: “The Noah’s Ark team couldn’t have been better. They did everything to accommodate me and helped in more ways than just physical. They used my love for sport to motivate me to push myself to make a full recovery.”

Lily, who is now 15, has been signed off from many areas of her rehabilitation programme but is continuing to recover at home with the support of her physiotherapy team at Noah’s Ark.

She added: “I am feeling really good. I feel more confident than before, and I really appreciate life now and how everything has slotted back into place.

“Apart from my right foot which is taking a little more work to get back to normal I have made a full recovery and hope to get back to powerlifting soon and coaching trampolining.

“My goals for the future are to become a personal trainer and physiotherapist for sports injury.”

In recognition of her incredible determination and strength during her recovery, Lily was made a youth ambassador for the Noah’s Ark Charity.

She now hopes to become a buddy for other young adults and children who have experienced brain injuries to give them hope of making a full recovery.

However, mum Karen added that more support is needed for young patients and their families when it comes to dealing with the mental health side of such a traumatic ordeal.

“Lily needed help to come to terms with what had happened to her and slowly I realised that I wasn’t the person she wanted to talk to about it. I was too close. She needed help to process her feelings and give her hope for the future.

“And as much as I didn’t want to admit it, I needed help too. I needed help with the terrible flashbacks I was having, with the guilt I felt at not being there for my husband and other child.

“We talked to several nurses and doctors about getting some emotional support and they all agreed with what we were saying. But couldn’t offer us anything. We were told there may be help when we were out of hospital, but we needed help when we were there.”

Lily, now in year 10, celebrated a relatively normal Christmas with her family and is now gearing up to tackle her GCSEs.

To donate to the Noah’s Ark Charity’s Here for You appeal, which will help fund an emotional support service for children and families, click here.