Immunofluorescence is a highly powerful microscope-based technique that is used both in pre-clinical research and clinical settings to detect the presence of specific target molecules. 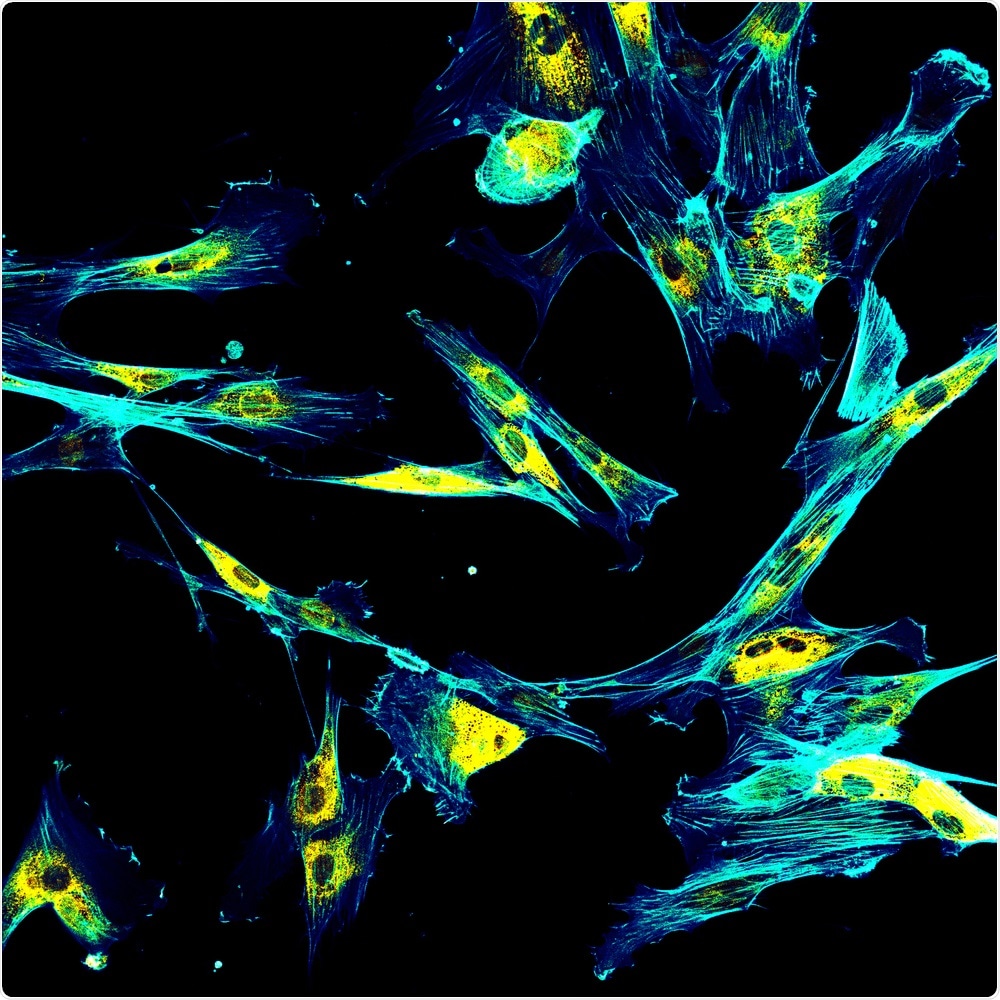 How does immunofluorescence work?

Any type of immunofluorescence (IF) technique will require the use of a fluorescent-labeled antibody that is used to identify and located proteins, antigens, or other biological molecules present within or outside of the cell. The interaction between these purified antibodies, which can be either monoclonal or polyclonal, involves the non-covalent binding of the antigenic determinants.

To visualize the binding of the antibodies to their respective antigens, a specified fluorochrome, otherwise known as a fluorescent dye, with distinct excitation and emission wavelength peaks is selected based on the target molecule. The IF imaging of deoxyribonucleic acid (DNA), for example, will typically utilize 4’,6-diamidino-2-phenylindole (DAPI), which binds to A-T rich regions of the DNA double helix.

Types of IF techniques

By definition, direct IF is a single-step histological staining procedure that allows for the visualization of a single in vivo fluorescent-labeled antibody that has been directed against a target antigen of interest. A typical direct IF protocol for frozen tissue sections will begin with rinsing the sections in PBS and follow with incubation of the sections with fluorescent-tagged antibodies that are directed against the target antigen.

Typically, the antibodies used in direct IF will have specificities against IgG, IgM, IgA, complement 3 (C3), and fibrin. Notably, the concentration of each antibody is determined by previous experiments that have confirmed the highest signal-to-background ratio.

Following incubation, slides are again washed and then mounted to allow for imaging with a fluorescence microscope. Some of the advantages of direct IF include high specificity and low time requirements; however, the limited number of antibodies that are available to bind to specific targets can limit the sensitivity of this technique for certain applications.

Although indirect IF is more time consuming, it is considered to be a much more sensitive technique as compared to direct IF since multiple secondary antibodies can be used to bind to each primary antibody, hence amplifying the potential fluorescence signal.

Although indirect IF is associated with certain advantages in terms of increased sensitivity and flexibility to use different conjugated secondary antibodies, this technique can also be more complex, particularly during multiplex experiments involving several secondary antibodies of different target species.

A third type of IF technique is indirect IF-CF. The basic working principle behind indirect IF-CF is that the binding interaction between antibodies and their targeted antigens will generate many C3 molecules. As compared to indirect IF alone, indirect IF-CF is considered to be a much more sensitive amplification technique.

The fourth and final type of IF technique includes double IF. When used for in vitro experiments, double IF allows for the identification and labeling of two different antigens present on a cell.

Comparatively, in vivo experiments utilizing this imaging technique in either humans or animal models can identify two antibodies that have been labeled with different fluorophores.

IF is an incredibly powerful imaging technique that can be used for the diagnosis of a wide range of pathologies. While this may be true, several different factors can determine the quality and utility of an IF image. The quality and concentration of both the primary and secondary antibody must be carefully determined and tested to ensure that a high signal-to-background ratio is achieved.

An IF image that shows extreme nonspecific binding, for example, could be attributed to a poor-quality antibody, such as one that is expired or not specific to the antigen of interest.

Another reason for this increase in staining could be a high concentration of the antibody that was used during incubation, which can prevent accurate localization of the immune complexes from occurring.

In addition to dilution challenges, improper handling of samples can also interfere with accurate staining. All IF samples must be kept in the dark when not in use, as increased exposure to light can cause bleaching of the signal, which is defined as a reduction in the measurable signal from the fluorescent probes.

After completing her Bachelor of Science in Toxicology with two minors in Spanish and Chemistry in 2016, Benedette continued her studies to complete her Master of Science in Toxicology in May of 2018.During graduate school, Benedette investigated the dermatotoxicity of mechlorethamine and bendamustine, which are two nitrogen mustard alkylating agents that are currently used in anticancer therapy.