Ohm my God! How a £100 session on an electric chair delivering 25,000 shocks over a 30-minute session can provide relief for women blighted by bowel incontinence

A chair that pumps out electromagnetic waves could help people whose lives are blighted by bowel incontinence.

The embarrassing condition is often a result of a weakness in the pelvic-floor muscles which form a hammock supporting the pelvic organs – the bladder, uterus, cervix, vagina and rectum.

While sufferers have traditionally been advised to try to improve their symptoms by repeating exercises ten times each day that squeeze and strengthen the pelvic-floor muscles, the PelviPower chair triggers up to 25,000 contractions in each 30-minute session.

It also targets the entire muscle, rather than the 40 per cent activated by squeezing exercises. 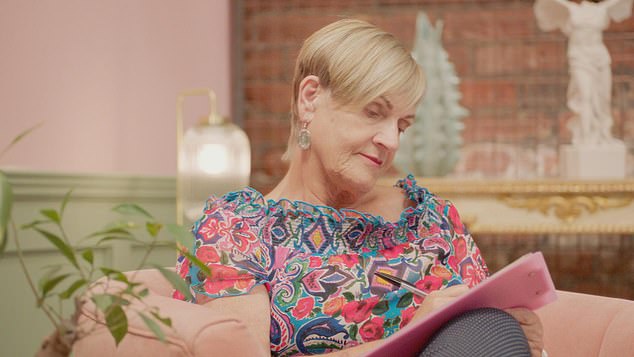 Grandmother Jan Swan, from Aintree in Merseyside who had started to suffer from embarrassing bowel accidents about five times a day believes the shock therapy is helping her condition 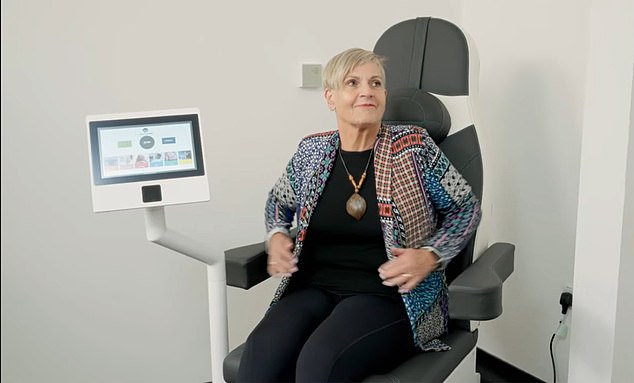 Jan, pictured on the PelviPower chair triggers up to 25,000 contractions during each 30-minute session

Maria Elliott, a private physiotherapist in London, has used the PelviPower chair with more than 50 clients, mainly women struggling with bowel-control problem after having a baby.

About one in 20 first-time mothers suffer injuries while giving birth that damage their pelvic-floor muscles and the back passage, leaving them at high risk of becoming incontinent, according to The Masic Foundation, a charity for women who have been affected.

These injuries can have a devastating impact on quality of life, affecting their health, intimate moments, family relationships and employment.

Using the PelviPower alongside other pelvic-floor exercises and diet changes can help women recover and avoid surgery, says Ms Elliott. ‘Women travel for hours to access the chair. I’ve been using it for bowel incontinence since before the pandemic and more and more mums are coming to the clinic with this problem.

‘Combining the PelviPower training with other exercises at home gives excellent results.’

Jordan Haworth, a gastrointestinal physiologist from the Functional Gut Clinic in Manchester, is setting up a pilot study to look at the impact in this area. He points out that the chairs, which use high-intensity focused electromagnetic technology, are normally used for urinary incontinence but ‘it makes sense’ they can help with bowel problems as a weak pelvic floor is often a key contributor.

Mr Haworth says: ‘People often think the pelvic floor is associated with leakage from the bladder, but it also controls all the muscles in your back passage. The chair is popular with patients as it is non-invasive, pain-free and doesn’t even require getting undressed.’

Currently treatment is only available privately, with sessions starting at about £100 each. One of those who has benefited is Jan Swan, a grandmother from Aintree in Merseyside who had started to suffer from embarrassing bowel accidents about five times a day.

The retired 69-year-old had to carry spare underwear and wipes at all times, and often had to dash home to shower and change.

Jan’s story is told on Tuesday in a Channel 4 documentary on digestive health called Know Your S**t: Inside Our Guts, which aims to reveal what is and what isn’t normal about the bowels.

Jan, who bravely reveals her struggles with this little-talked-about form of incontinence, says: ‘I felt unclean all the time. It brings you down.’

Tests carried out during filming revealed that the muscles supporting her bowel area were weak. But after a session on the PelviPower chair alongside pelvic-floor exercises and tweaks to her diet, she has suffered only one accident in the past few months.

She says: ‘After using the chair I understood how to do my pelvic-floor exercises properly. I felt stronger straight away. Now I do my exercises every day, starting before I have even got out of bed.’

In 2018, The Mail on Sunday was the first to report on the technology when a similar chair, the Emsella, was launched to treat urinary incontinence.

Dr Shirin Lakhani, an expert in women’s health at Elite Aesthetics which offers the Emsella to patients, said it seemed plausible it could also benefit bowel incontinence. ‘It is linked to pelvic-floor weakness, so it is not a surprise this kind of treatment could help improve symptoms,’ she said.

A study of 50 women with bowel incontinence in Egypt found that employing the same technology the chair uses and pelvic-floor exercises gave better results than exercises alone, and a study in the US also suggested it gave women temporary improvements in their symptoms.

For Ms Swan, the changes have been transformational and she says she no longer needs to worry about mishaps.

‘I can’t describe how amazing the change is,’ she says.

‘Now I know I don’t have to start having bowel issues just because I am getting older, it is joyous.’