Why it’s good to have an afternoon nap: Hour-long snooze keeps high blood pressure at bay and is nearly as effective as drugs

Having a daytime nap is as good as medical interventions at cutting blood pressure, researchers have found.

Snoozing for an hour at midday resulted in blood pressure levels dropping by an average five points – a similar effect to taking drugs or cutting salt from the diet.

Experts said this could lead to a major reduction in heart attack risk.

Greek doctors from Asklepieion General Hospital in Voula tracked 212 people who had an average systolic blood pressure of 130 mm/HG – a level considered to be verging on unhealthy. 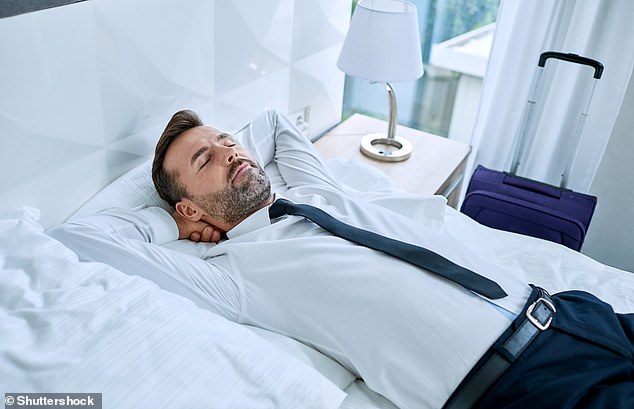 Forty winks: Snoozing for an hour at midday resulted in blood pressure levels dropping by an average 5 points – a similar effect to taking drugs or cutting salt from the diet

Their findings, to be presented later this month at the American College of Cardiology’s annual conference in New Orleans, revealed those who had a daily nap saw their blood pressure drop by 5mm/HG.

‘For example, salt and alcohol reduction can bring blood pressure levels down by 3 to 5 mm/Hg.’

‘These findings are important because a drop in blood pressure as small as 2 mm/Hg can reduce the risk of cardiovascular events such as heart attack by up to 10 per cent,’ Dr Kallistratos said.

‘Based on our findings, if someone has the luxury to take a nap during the day, it may also have benefits for high blood pressure.

‘Napping can be easily adopted and typically doesn’t cost anything. The higher the blood pressure levels, the more pronounced any effort to lower it will appear. 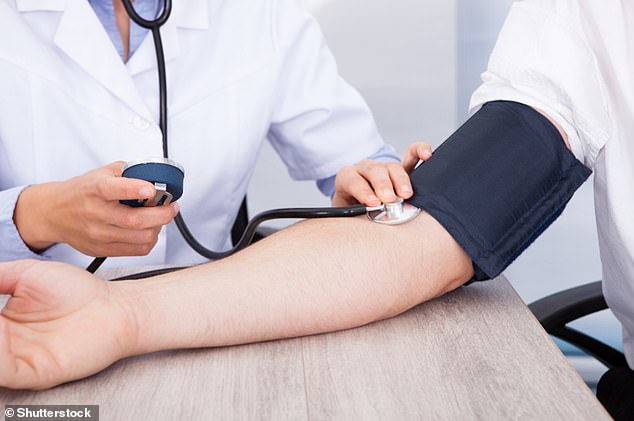 Fact: Circa one in four UK adults have high blood pressure, although many won’t realise it

‘By including people with relatively well-controlled blood pressure, we can feel more confident that any significant differences in blood pressure readings are likely due to napping.’

He added: ‘We obviously don’t want to encourage people to sleep for hours on end during the day, but on the other hand, they shouldn’t feel guilty if they can take a short nap, given the potential health benefits.

‘Even though both groups were receiving the same number of medications and blood pressure was well controlled, there was still a significant decrease in blood pressure among those who slept during midday.’

WHAT DOES IT MEAN IF I HAVE HIGH BLOOD PRESSURE?

High blood pressure, or hypertension, rarely has noticeable symptoms. But if untreated, it increases your risk of serious problems such as heart attacks and strokes.

More than one in four adults in the UK have high blood pressure, although many won’t realise it.

Blood pressure is recorded with two numbers. The systolic pressure (higher number) is the force at which your heart pumps blood around your body.

The diastolic pressure (lower number) is the resistance to the blood flow in the blood vessels. They’re both measured in millimetres of mercury (mmHg).

As a general guide:

If your blood pressure is too high, it puts extra strain on your blood vessels, heart and other organs, such as the brain, kidneys and eyes.

Persistent high blood pressure can increase your risk of a number of serious and potentially life-threatening conditions, such as: