Heart attacks are a potentially deadly complication that happens when a blockage in your coronary artery causes part of your heart muscle to be starved of blood and oxygen. While the event is sudden and dramatic, the underlying cause is usually longterm neglect, such as failing to curb unhealthy dietary habits. To prevent or significantly reduce the likelihood of having a heart attack, it is therefore important to eat a heart-healthy diet.

Knowing where to start can sometimes seem overwhelming, but evidence suggests it is less about specific food items than the food groups they belong to that will provide the best protection.

To that end, a literary review published in the British Medical Journal (BMJ) revealed the heart-healthy benefits of increasing your fibre intake.

Researchers at the University of Leeds reviewed literature published since 1990 in healthy populations concerning dietary fibre intake and cardiovascular disease (CVD) risk, pooling data from six electronic databases and cohorts of data were used from the US, Europe, Japan and Australia.

As Mayo Clinic explains, CVD generally refers to conditions that involve narrowed or blocked blood vessels that can lead to a heart attack, chest pain (angina) or stroke. 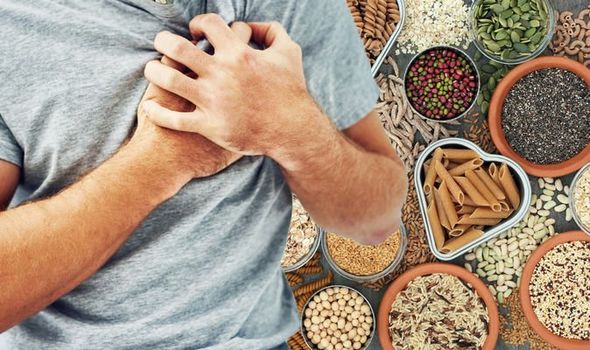 Soluble and insoluble are the two main types of fibre and many fibre-rich foods contain some of both.

Results from analyses of total, insoluble, fruit and vegetable fibre intake showed that the likelihood of a developing cardiovascular disease or coronary heart disease (CHD) – another precursor to having a heart attack – steadily lowered with increasing fibre intake.

In soluble fibre, a higher reduction was seen in CVD risk than CHD risk and for cereal fibre, the reduced risk of CHD was stronger than the association with CVD.

Furthermore, a significantly lower risk of both CVD and CHD was observed with every additional seven grams (g) per day of fibre consumed.

According to the researchers, adding an additional 7g of fibre can be achieved through one portion of whole grains (found in bread, cereal, rice, pasta) plus a portion of beans/lentils or two to four servings of fruit and vegetables.

Weighing in on the findings, Dr Robert Baron, Professor of Medicine at the University of California, said this study “increases our confidence that benefit, as reflected by reduced cardiovascular disease and coronary heart disease events, will in fact accrue with higher dietary fibre intakes.”

In addition to increasing your fibre intake, it is also important to cut back on certain food groups to fend off the risk of having a heart attack. 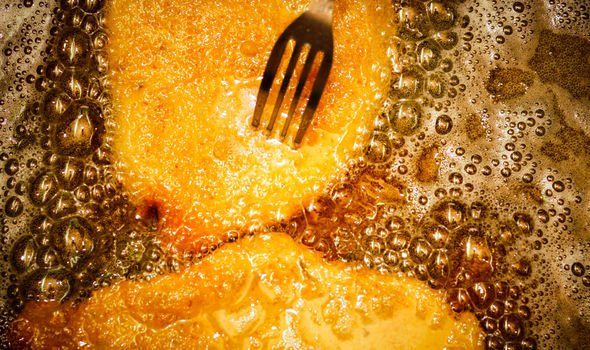 According to the NHS: “Eating an unhealthy diet that is high in fat will make hardening of the arteries (atherosclerosis) worse and increase your risk of a heart attack.”

You should specifically avoid foods containing high levels of saturated fat, as they increase levels of LDL cholesterol in your blood, warns the NHS.

LDL cholesterol is a type of cholesterol – a waxy substance found in your blood – that contributes to fatty buildups in arteries.

This mechanism, known as atherosclerosis, narrows the arteries and increases the risk of having a heart attack. 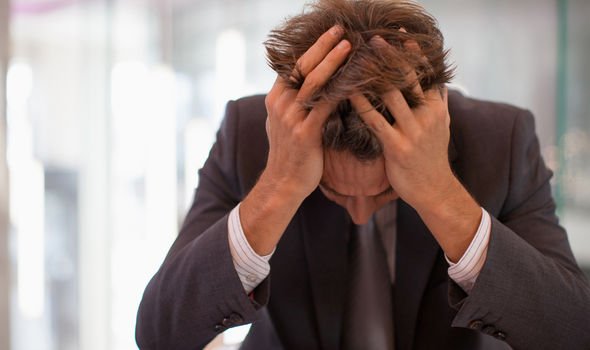 Foods high in saturated fat include:

How do I know if I am having a heart attack?

According to the NHS, symptoms of a heart attack include:

Symptoms of a heart attack can include:

Although the chest pain is often severe, some people may only experience minor pain, similar to indigestion, or in some cases, there may be no chest pain at all, especially in women, older people, and people who have diabetes, explains the NHS.

“It’s the overall pattern of symptoms that helps to determine whether you are having a heart attack,” it adds.