Desperate Britons are putting their lives at risk by taking anti-malaria tablets in a ‘misguided’ attempt to fight Covid-19, experts warned last night. They dismissed claims by French researchers that the decades-old drugs could ‘cure’ patients and called a controversial study published last month that appeared to show benefits ‘deeply flawed’ and ‘dangerous’.

The pills, chloroquine and hydroxychloroquine, were once commonly used to protect travellers from contracting malaria when abroad.

However, they are rarely prescribed for this use today – as the malaria parasites that cause the disease have become resistant to the drugs.

The treatment is also known to cause worrying side effects, including heart-rhythm problems that can lead to a sudden, fatal cardiac arrest. 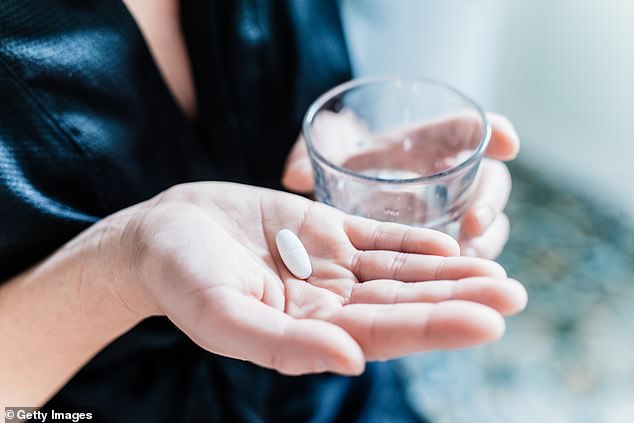 Desperate Britons are putting their lives at risk by taking anti-malaria tablets in a ‘misguided’ attempt to fight Covid-19, experts warn

Worryingly, British pharmacists have seen a spike in private prescriptions for the medicines over the past few weeks, The Mail on Sunday has learned. The National Pharmacy Association, which represents independent pharmacists, claimed members were reporting a rise in demand, and that even doctors were self-prescribing for personal use, or friends and family.

The drugs have shown promise in lab studies as anti-virals. However, in human trials to treat flu, HIV and dengue – a viral infection spread by mosquitoes in the tropics – chloroquine and hydroxychloroquine failed to have an effect.

Chinese researchers have looked at the possibility they may help patients with Covid-19, but one study showed no effect in severely ill patients.

It was in mid-March that French microbiologist Dr Didier Raoult published findings that, he said, heralded the coronavirus ‘end game’ – claiming he had proved chloroquine could ‘cure’ the disease. Yet his study featured just 26 patients, and quickly drew widespread criticism because his results omitted to mention those who had suffered worsening symptoms.

Despite these concerns, US TV channel Fox News carried stories about the findings and days later, in an extraordinary intervention, President Trump took to Twitter claiming the drugs could be ‘one of the biggest game changers in the history of medicine’. Both should be ‘put to use immediately’, he added.

Along with a surge in demand in the US, and now in the UK, there were subsequent reports of three people in Nigeria overdosing on the drugs, in an apparent attempt to prevent Covid-19. In response the UK’s drugs watchdog, the Medicines and Healthcare products Regulatory Agency, has now warned against using chloroquine and hydroxychloroquine to treat Covid-19 symptoms or prevent infection, outside of clinical trials.

Dr Stephen Griffin, an expert in viral infections at the University of Leeds, said: ‘Chloroquine is not something you should take without supervision – it can have very nasty side effects. Trump’s endorsement is the worst thing he could have done. It raises public awareness – and hope – in something that hasn’t properly been tested.

‘This results in huge pressure from people, who believe we should be giving it to everyone.’

The NHS is said to have 8,175 ventilators, but the Government believes up to 30,000 could be needed at the peak of the pandemic.

Dr Ron Daniels, a critical care expert and founder of the Sepsis Trust, agreed, saying: ‘There is no evidence that antimalarials improve outcomes for Covid-19.

‘The interest in these drugs seems to have been driven by social media but it is people clutching at straws.

‘If the studies are done, and data emerges to show they can help, then that would be good, as they’re cheap and easy to get hold of. But for now we won’t be giving them to patients.’

Another frontline NHS hospital consultant said: ‘I’ve looked at the French data, and to give emphasis to such a flawed study is dangerous. While commonly available, hydroxychloroquine has risks. It can trigger heart-rhythm problems and – in high doses – even result in death.

‘If given as part of a carefully controlled clinical trial, we can manage and mitigate those risks.

‘We’ve known, in the scientific community, about the belief these drugs could have potential, but there is no compelling evidence yet that they do, and some evidence to the contrary. It is hugely worrying that the interest is causing people to take it without medical supervision in the mistaken belief it might protect them.’ 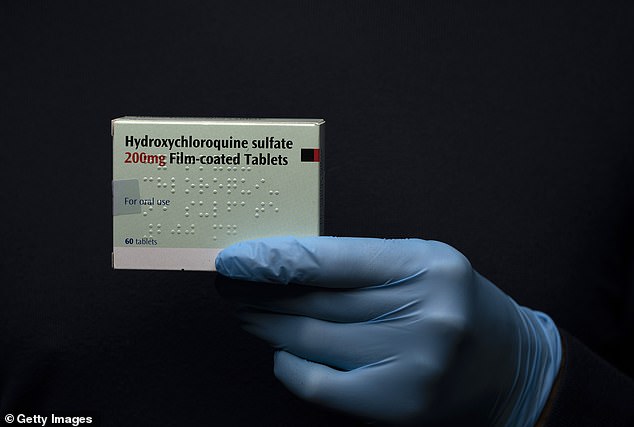 The treatment, pictured, is also known to cause worrying side effects, including heart-rhythm problems that can lead to a sudden, fatal cardiac arrest

Another small study published last week involved 62 patients suffering moderate symptoms, including pneumonia. In this trial, hydroxychloroquine may have led to a speedier recovery in some patients, researchers claimed, although more work was needed before drawing any conclusions.

The study compared outcomes of patients given the drug with those who were not, and the majority of patients in both groups recovered, the researchers added.

To try to give a definitive answer, the drugs are now to be included in the much-talked-about World Health Organisation-led ‘mega-trial’ named SOLIDARITY, along with a number of other experimental medications.

One of the drugs showing most promise is remdesivir, originally developed to treat ebola, which has been shown to be effective in laboratory and animal studies against MERS and SARS. These are coronaviruses, too, and similar in structure to what causes Covid-19.

‘Based on laboratory data, remdesivir is the best drug that we have,’ said Dr Griffin. In the US, there have been reports of severely ill patients who recovered fully when given the drug.

Last week, two fast-tracked UK trials – testing the effect of remdesivir in Covid-19 patients in 15 NHS hospitals – were launched. Results could be available in May, while the findings of a similar trial in China are expected even sooner. 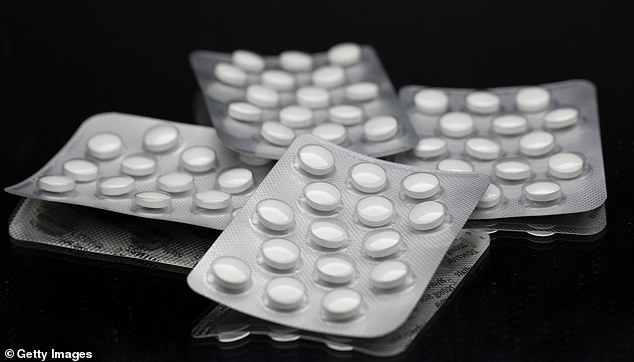 To try to give a definitive answer, the drugs, pictured, are now to be included in the much-talked-about World Health Organisation-led ‘mega-trial’ named SOLIDARITY

Drug manufacturer Gilead is preparing to ramp up production of the drug, which is given intravenously. It is not clear how much it could cost. Julian Cole, medical director for Gilead UK and Ireland, said: ‘It looks promising but we need the clinical data from the trials to show us how well it works.’

Remdesivir is available outside of trials in the UK on a compassionate basis, for pregnant women and children severely ill with the disease. More UK hospitals will also have access soon under Gilead’s extended-access programme.

Dr Griffin said: ‘I would fully advocate use of remdesivir on a compassionate basis because people are dying from this. We need to do something – and the wait for a vaccine could be long indeed.’

Hydroxychloroquine is vital for the tens of thousands in the UK who suffer from lupus, which causes inflammation to the joints, skin and organs.

Paul Howard, of Lupus UK, says the charity has received a flood of reports from patients unable to get their prescription. Worryingly, some have been told it is not clear when the drug will be in stock.

‘Without hydroxychloroquine, people with lupus are more likely to have a flare-up of their disease, which will put further pressure on an already strained NHS,’ he said.

‘Many are following instructions to shield for 12 weeks and worry that if they need hospitalisation due to a flare-up, they will be at risk of contracting Covid-19.’

One GP, who wished to remain anonymous, responded with dismay to reports that doctors were trying to access malaria drugs, saying: ‘It’s dreadful. People think they can buy their way out of this pandemic. But that’s not possible.’