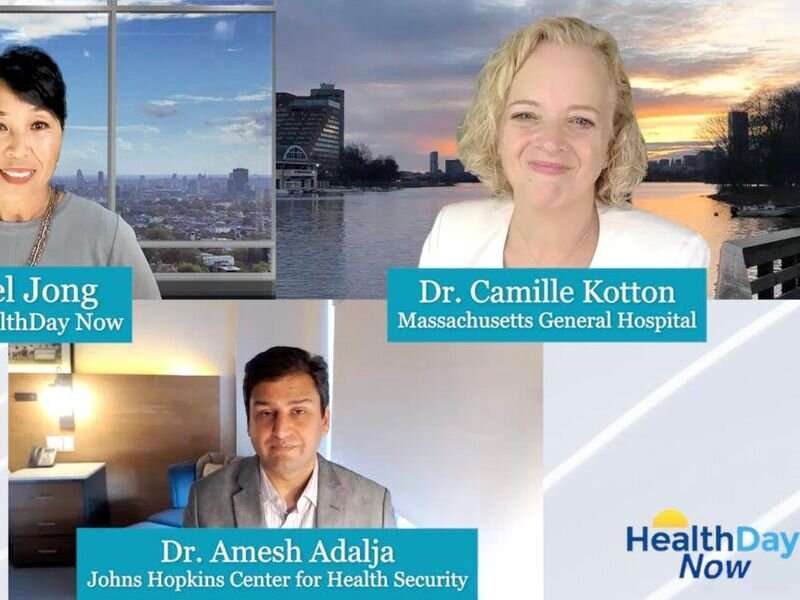 The scientific evidence simply isn’t there to support booster shots, and those doses would be better used in the arms of the unvaccinated around the world to prevent future mutations of COVID, infectious disease experts said in an interview with HealthDay Now.

“The important thing to remember is this is being driven by the unvaccinated. That’s what’s in the hospital right now. It’s not vaccinated people that are the issue in this pandemic,” said Dr. Amesh Adalja, a senior scholar with the Johns Hopkins Center for Health Security. “The whole debate over boosters needs to be framed by that, because putting third doses into highly vaccinated populations isn’t going to change what’s happening in the United States.”

Unfortunately, the Biden Administration’s advocacy for booster shots has created a rush by some Americans to get a third dose—even though the additional jabs haven’t yet been approved by federal regulators, said Dr. Camille Kotton, an infectious disease specialist with Massachusetts General Hospital in Boston.

“I will say that I’m shocked at the number of people that have gone out and just helped themselves to booster doses,” Kotton said. “It’s a little bit greedy to do something that’s not really recommended yet, just because they’ve read the newspaper and thought that was a good idea for themselves.”

Last month, Biden told the nation that booster shots would be available the week of Sept. 20 for the earliest recipients of the COVID-19 vaccines, although he added that the plan was pending approval from the U.S. Food and Drug Administration and the U.S. Centers for Disease Control and Prevention.

The FDA will hold an advisory board meeting on Sept. 17 to review data from Pfizer regarding booster shots for its vaccine, the agency announced this week.

WHO, EU don’t back booster shots

Both the World Health Organization and the European Union have counseled against booster shots, urging that nations instead focus on getting shots into the arms of the unvaccinated.

That’s the approach Adalja and some other health experts are promoting.

“The longer this virus is unchecked anywhere in the world, the more likely we are to see variants. Until we control this pandemic in all corners of the globe, we’re still going to have variants,” Adalja said. “The way we control this pandemic is by getting first doses, second doses into people’s arms all around the world, even in the United States.”

Kotton and Adalja both noted that at this point, the scientific evidence doesn’t seem to support the need for booster shots in fully vaccinated people.

“Really what we’re seeing is higher rates of breakthrough disease, which is still generally mild symptoms,” said Kotton, who serves on the CDC’s Advisory Committee on Immunization Practices (ACIP), the board that will review booster shots prior to their approval. “People aren’t going to the hospital the vast majority of the time. They just have a little bit of a viral syndrome.”

ACIP recently approved a third dose of vaccine for people with compromised immune systems, but Kotton noted that the dose isn’t a booster. Rather, people who are immune-compromised will receive a three-dose vaccine series rather than a two-dose series.

“This is not actually a booster dose,” Kotton said. “This is a third dose that is considered part of their primary vaccine series.”

But for the general population, the evidence continues to show that the vaccines protect people against severe illness and hospitalization, Kotton and Adalja said.

“Primarily we’ve been trying to prevent this virus from causing severe disease, hospitalization and death,” Adalja said. “By that standard, the vaccines—even when you see antibody levels wane or you see breakthrough infections occurring—they’re still performing off the charts, because that’s what they were designed to do.”

Adalja said he’s “very eager” to see the ACIP debate the data and discuss when healthy people might need a booster.

“This is something we want to be proactive about. We want to have a plan in case it’s necessary,” Adalja said. “But I think giving a date certain that [is] six months or eight months or Sept. 20, that doesn’t really strike me as something that’s evidence-based. I think that’s why you see many infectious disease doctors question the clinical need for these boosters.

“These types of decisions shouldn’t be announced by the White House,” Adalja noted. “They should be announced by the ACIP and the CDC. If we reverse this process, we kind of go back to the old days of the pandemic where you had politicians making decisions about what treatments were effective or were not effective.”

In the meantime, Kotton cautions people not to seek out a booster until it’s been formally approved.

She noted that doctors or pharmacists could wind up in trouble for providing a booster, since it’s “a significant violation of federal policy,” Kotton said.

In addition, people might be on the hook for the cost of their booster dose, since it hasn’t been approved.