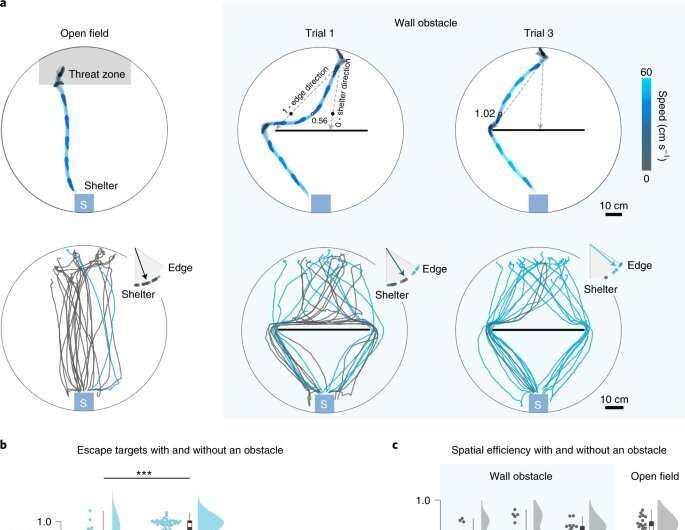 A team of researchers at the Wellcome Centre for Neural Circuits and Behaviour, in the U.K. reports a study that challenges the cognitive-map hypothesis for animals. In their paper published in the journal Nature Neuroscience, the group describes experiments they conducted with lab mice. Kiah Hardcastle, with Harvard University, has published a News & Views piece in the same journal issue, outlining research into how the brain keeps track of the world and the work by the team on this new effort.

In 1948, cognitive behaviorist Edward Tolman suggested that humans create what he described as “cognitive maps” in their brains to keep track of the world around them. Such maps, he suggested, are similar to paper maps created for the same purpose. Tolman’s cognitive map ideas are still used today to explain human navigation. Less clear is whether animals use the same sorts of maps to keep track of the world around them. In this new effort, the researchers ran a series of experiments with mice designed to better understand how they keep track of where things are in their world—such as threat zones and shelters.