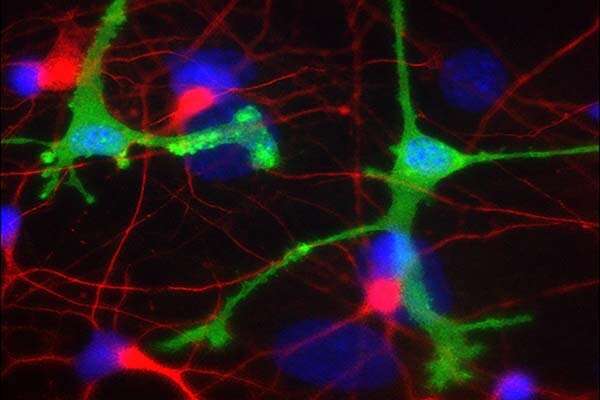 A team led by scientists at Scripps Research has made a discovery suggesting that experimental antibody therapies for Parkinson’s and Alzheimer’s have an unintended adverse effect—brain inflammation—that may have to be countered if these treatments are to work as intended.

“Our findings provide a possible explanation for why antibody treatments have not yet succeeded against neurodegenerative diseases,” says study co-senior author Stuart Lipton, MD, Ph.D., Step Family Foundation Endowed Chair in the Department of Molecular Medicine and founding co-director of the Neurodegeneration New Medicines Center at Scripps Research.

Lipton, also a clinical neurologist, says the study marks the first time that researchers have examined antibody-induced brain inflammation in a human context. Prior research was conducted in mouse brains, whereas the current study used human brain cells.

The study will appear in the Proceedings of the National Academy of Sciences of the United States of America during the week of March 29.

An approach that may need tweaking

Neurodegenerative diseases such as Alzheimer’s and Parkinson’s afflict more than 6 million Americans. These diseases generally feature the spread of abnormal protein clusters in the brain, with different mixes of proteins predominating in different disorders.

An obvious treatment strategy, which pharmaceutical companies began to pursue in the 1990s, is to inject patients with antibodies that specifically target and clear these protein clusters, also called aggregates.

The aggregates have included not only the large clusters that pathologists observe in patients’ brains at autopsy, but also the much smaller and harder-to-detect clusters called oligomers that are now widely considered the most harmful to the brain.

Exactly how these protein clusters damage brain cells is an area of active investigation, but inflammation is a likely contributing factor. In Alzheimer’s, for example, amyloid beta oligomers are known to shift brain immune cells called microglia to an inflammatory state in which they can damage or kill healthy neurons nearby.

Lipton and colleagues were studying alpha synuclein oligomers’ ability to trigger this inflammatory state when they encountered a surprise finding: While the oligomers on their own triggered inflammation in microglia derived from human stem cells, adding therapeutic antibodies made this inflammation worse, not better. The team traced this effect not to the antibodies per se but to the complexes formed with antibodies and their alpha synuclein targets.

Lipton notes that virtually all prior studies of the effects of experimental antibody treatments were done with mouse microglia, whereas the key experiments in this study were done with human-derived microglia—either in cell cultures or transplanted into the brains of mice whose immune system had been engineered to accommodate the human microglia.

“We see this inflammation in human microglia, but not in mouse microglia, and thus this massive inflammatory effect may have been overlooked in the past,” Lipton says.

Microglial inflammation of the kind observed in the study, he adds, could conceivably reverse any benefit of antibody treatment in a patient without being clinically obvious.