Emma Barnett is absolutely right to question why there is still such stigma surrounding what is so central to our biology, says FIONA MCINTOSH

As a woman, have you ever called a male boss to say: ‘Sorry, I won’t be coming in today because I have a really heavy, painful period?’

No, me neither. I haven’t even called a female boss to say that. Instead, I’ve popped a couple of paracetamol, gritted my teeth and got on with it.

Newsnight presenter Emma Barnett used to do that too – until she realised her heavy, painful periods were caused by endometriosis, a horrible condition which caused a build up of tissue in her uterus and pelvis that threatened her fertility.

She was so angry with herself – not just for not making more of a fuss at the doctors about the diagnosis but for not being honest with her bosses about why she was feeling so unwell. 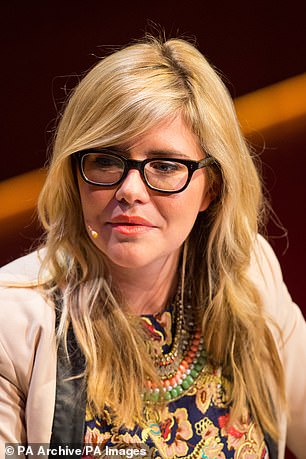 Journalist Emma Barnett, pictured, has said that if men had periods ‘menstrual leave would be baked into HR policies’

She bravely decided to announce live on TV in 2016 that she was menstruating.

Her candour rightly sparked a debate and she has now written a book on the subject – Period: It’s About Bloody Time.

It is the latest in a slew of so-called ‘menstruation lit’ to hit the shelves, about what’s been dubbed ‘period power’ and calling for women to stop feeling so ashamed about periods.

Emma Barnett is absolutely right to question why there is still such stigma surrounding what is so central to our biology.

And I wasn’t surprised that when she was researching her book, she discovered that only 27 per cent of women tell their employers the truth about why they are feeling unwell at certain times of the month.

And yet I’m not convinced most women want to be as open about periods at work as she implores us to be.

During my 30 years in the workplace, as an editor of women’s magazines and now heading up a beauty company where 90 per cent of the employees are women, only once has a female colleague ever confided that she needed to stay at home because of her period pains.

In that instance, the poor girl also had endometriosis, like Barnett, and was in such pain she couldn’t stand up straight.

It was so debilitating she had no other option but to tell her male boss she had ‘women’s problems’, the euphemism once used.

Her boss was so embarrassed he didn’t ask any more questions and gave her the time off.

Those unlucky enough to be hit by a wall of acute pain every month have just as much a right to compassionate sick leave as someone suffering from migraines or chronic back pain.

The more endometriosis is spoken about openly and recognised as a serious medical condition, the better. 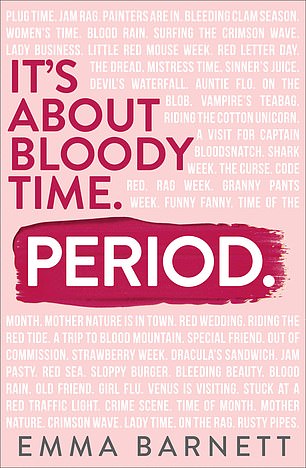 Emma’s candour rightly sparked a debate and she has now written a book on the subject – Period: It’s About Bloody Time (pictured)

But what about your common or garden period pain? That annoying dull ache which leaves you feeling drained of life and energy?

Should all women be entitled to ‘menstrual leave’, as some feminist campaigners have dubbed it, regardless of the severity of the symptoms?

Can this really be in our collective best interests?

At a time when working women are beating the drum for equal pay, I fear this would surely become just another argument to use against us.

When young women are working their socks off to establish their careers in industries where men have dominated for so long, they don’t need another reason to be written off as the weaker sex.

The feminism that I believe in is all about female strength and value – surely it’s better to just grit your teeth and get on with it rather than give male colleagues a chance to roll their eyes?

There has definitely been a sea change in the way women talk to each other more openly about menstruation (and the menopause), which is to be welcomed. 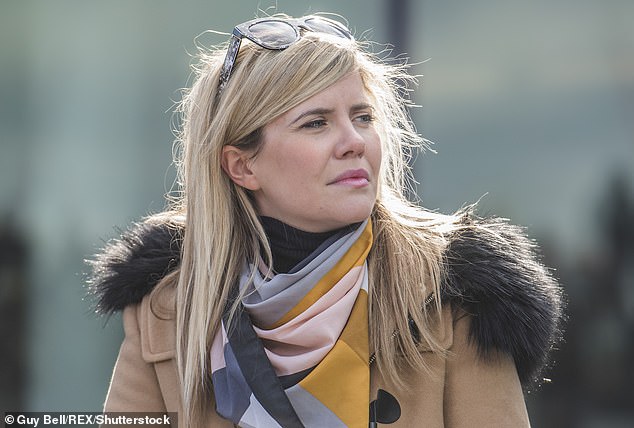 Emma, pictured in 2015, suffers from endometriosis herself and revealed she often goes on air with a hot water bottle because of the pain the condition can cause

I talk to my two teenage daughters about their cycles far more openly than my mother ever did.

And they, in turn, talk and moan and laugh openly about their periods and cramps with their friends.

Books like Emma’s will only help to open up that communication even more, which will certainly help young women know they are not alone.

But when it comes to the office environment, women remain more discreet. Working as I do now in an office full of young women, periods are never mentioned in a professional context.

It’s a topic that only dares speak its name over a glass of wine with girlfriends. It may be wrong that so many would rather say they have a stomach bug than period pain, but sadly they know that telling the truth won’t do them any career favours.

Of course, this is not fair, or right. But only young women with stellar careers like Emma Barnett can afford to take the risk.

Emma says a friend noticed her sitting lopsided on the first day of her period, which sounded the alarm. Weeks later, she was diagnosed with advanced stage two endometriosis – a painful condition where tissue similar to the lining of the womb grows elsewhere in the body.

If women talk more freely about period pain then accommodations could be made to help at work. She said: ‘Intense period pain should be a legitimate reason to take sick leave and reasons for flexible working should include inhibiting period symptoms.’ Women may want to ‘lie down’ or ‘benefit from a fan on your desk’.

She worries that if these issues aren’t spoken about they will go ‘unchallenged’ for another generation. She said periods should be a ‘sign of health’ and seen as being as natural as needing to go to the toilet.

Some schoolgirls in Britain are forced to skip school because they can’t afford sanitary products and won’t talk to family. Emma says: ‘Scotland is about to become the first place in the world to mandate free sanitary towels and tampons [in public lavatories]. We should do that too.’

Employees often lie and give excuses such as a cold or headache to avoid the embarrassment of telling bosses they’re suffering from period pains. Be honest, says Emma.