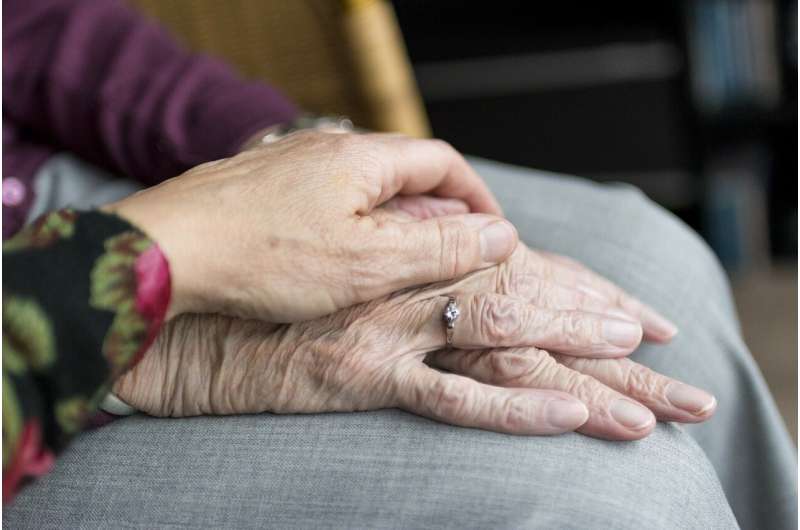 We are living in a world where elderly parents are increasingly distant from their relatives, as many relocate for work opportunities.

There are now more than 4 million people aged 65 and older who are living alone in the UK.

The series of national lockdowns during the coronavirus pandemic has made it even harder for people to check that those elderly loved ones are safe and well.

Families want peace of mind that their elderly relatives are living well, and are maintaining a relatively active lifestyle. Although we can call them to check in on them, it is often not enough.

Dr. Rebecca Killick, Principle Investigator of the study from Lancaster University, said: “We can call them using phones, or video conferencing tools, but often we can find that many elderly people will say they are fine, and we aren’t convinced. You try to probe further but it is hard when you don’t have all the social clues that can confirm your suspicions.”

To help overcome these problems, the researchers, from Lancaster University, working with technology company Howz have devised a new way of interpreting statistical data from smart home sensors.

These sensors, which work much like household security sensors, record movement and other activities such as the opening and closing of doors and the use of appliances.

The researchers novel statistical analysis methods includes representing the visualization of data in a circular graph that can be layered, rather than in a linear form. Traditional statistical methods struggle with the periodic nature of people’s daily routines—with active times, when making meals or drinks, and less active times, when sleeping, reading or watching TV.

The system of sensors from Howz, combined with the insights gained from the researchers’ new statistical approach, were deployed in the homes of four study participants for 56 days.

The results show that the system was able to identify broad patterns in a day, such as hours in the day participants were awake and asleep, as well as times they were doing activities like preparing meals.

In addition, the new statistical method meant they were able to more easily and more accurately track and compare the routines of the participants over multiple days. This is important as this lays the foundation for systems that can quickly identify subtle changes in behavior that could indicate a deterioration in health.

Dr. Killick said: “This research allows us to identify an individual’s daily, or weekly, pattern of changing behavior and spot unexpected deviations. This can then be used as a nudge for family members, or carers, to have a conversation.”

“Our novel approach has reformulated the problem of identifying patterns of behavior so that the data can be compounded day after day, and over time more subtle changes can be found. This is crucial as we can now detect changes in behavior earlier or catch changes that would have been missed previously.”