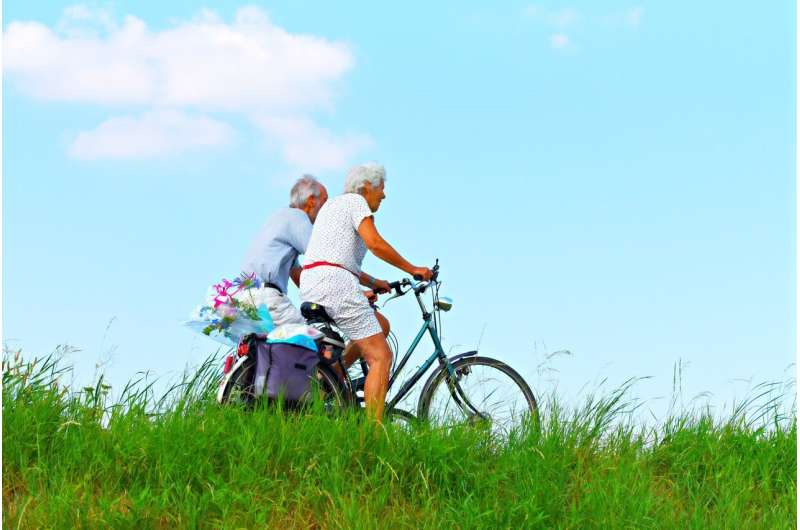 When people set their own exercise goals—and then pursue them immediately—it’s more likely to result in lasting positive changes, according to a new study at the Perelman School of Medicine at the University of Pennsylvania. The results of this research are especially important because they were found among an underserved population that is at particularly high risk of having or developing heart conditions. The study was published in JAMA Cardiology.

“Most behavior change programs involve goal-setting, but the best way to design that process is unknown,” said lead author Mitesh Patel, MD, MBA, an associate professor of Medicine at Penn and vice president for Clinical Transformation at Ascension. “Our clinical trial demonstrated that physical activity increased the most when patients chose their goals rather than being assigned them, and when the goals started immediately rather than starting lower and gradually increasing over time. These findings are particularly important because the patients were from lower-income neighborhoods and may face a number of challenges in achieving health goals.”

This study consisted of 500 patients from low-income neighborhoods, mainly in West Philadelphia but also elsewhere in and outside of the city. Participants either had a cardiovascular disease or were assessed to have a near-10 percent risk of developing one within a decade. These high-risk patients stood to greatly gain from increased physical activity.

Patel’s previous work at the Penn Medicine Nudge Unit often focused on the use of gamification, a concept used to create behavioral change by turning it into a game. The work usually tested whether playing a game attached to physical activity goals could make significant increases against not playing a game, or between different versions of a game.

As with past studies, every participant was given a wearable step tracker that recorded their daily step counts through Penn’s Way to Health platform. But what set this study apart from many of its predecessors was that the main outcomes of the research were less about participation in the games themselves and more about how goals were established, as well as when participants were encouraged to pursue them.

Once every participant got their wearable step counter, they were given a week or two to get used to it. This time period also functioned as a baseline-setting period for everyone’s pre-intervention daily step count. After that, participants were randomly assigned to the control group, which didn’t have step goals or games attached, or one of the gaming groups with goals.

Those in the gamified group also went through two other sets of random assignments. One determined whether they’d have input on their step goal, or whether they’d just be assigned a standard one. The second decided whether each participant would immediately start working toward their goals (for the entire 16-week intervention), or whether they’d ramp up to it, with minor increases in goals, until the full goals kicked in at week nine.

After analyzing the results, the researchers saw that the only group of participants who achieved significant increases in activity were those who chose their own goals and started immediately. They had the highest average increase in their steps compared to the group with no goals, roughly 1,384 steps per day. And, in addition to raw step counts, the study also measured periods of sustained, high activity, amounting to an average increase of 4.1 minutes daily.

Comparatively, those who were assigned their goals or had full goals delayed for half the intervention only increased their daily steps above the control group’s average by between 500 and 600 steps.

“Individuals who select their own goals are more likely to be intrinsically motivated to follow through on them,” said Kevin Volpp, MD, Ph.D., director of the Center for Health Incentives and Behavioral Economics. “They feel like the goal is theirs and this likely enables greater engagement.”

The study didn’t end when the researchers turned the games off. Participants kept their activity trackers, and in the eight weeks following the intervention, the group that chose their goals and started immediately kept up their progress. In fact, they achieved almost the exact same average in steps—just three less than during the active games.

“It is exciting to see that the group that increased their activity levels by the most steps maintained those levels during follow-up,” Patel said. “This indicates that gamification with self-chosen and immediate goals helped these patients form a new habit.”

Many programs, whether offered through work or by health insurance companies, offer incentives for boosts in physical activity. But these goals are often fairly static and assigned based on round numbers. Patel, Volpp, and colleagues believe this research suggests that adjusting goal setting in these programs can have a significant impact. And if these adjustments lead to gains among people with lower incomes, whom cardiovascular disease kill at 76 percent higher rates, that could be particularly important.