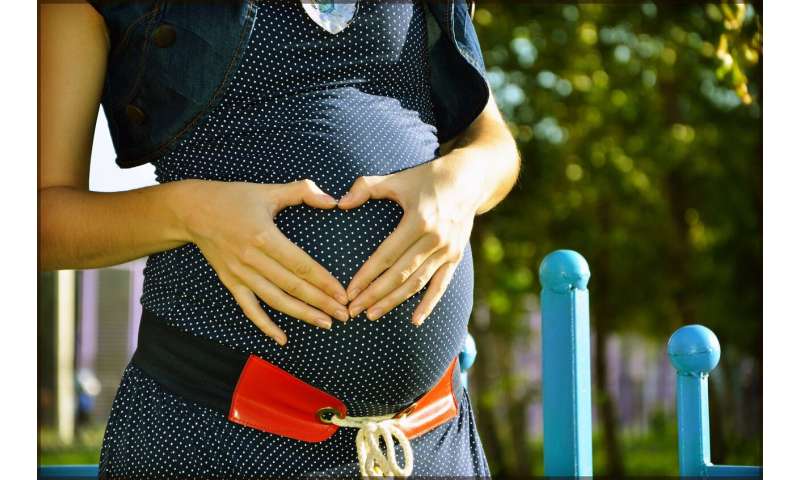 Researchers at University of Utah Health have identified a link between autism and steroid hormone changes detected in the mother’s blood. These changes, which suggest increased estrogen activity, can be seen early in the second trimester. The pilot study, published in the Journal of Autism and Developmental Disorders, opens a new direction in autism research.

“This pilot study gives us the justification we need to make a strong argument that this is a direction that merits investigating,” says Deborah A. Bilder, the study’s first author, associated professor of psychiatry at U of U Health and principal investigator of the Utah Registry of Autism and Developmental Disabilities (URADD).

“It’s an unexplored area in terms of understanding the biological phenomena that might be happening during pregnancy and associated with risk of autism in offspring,” says Amanda V. Bakian, the study’s senior author, research assistant professor of psychiatry and director of URADD. “It provides us preliminary evidence that there should be more exploration here.”

Previous studies have found links between increased autism risk and conditions such as gestational diabetes, gestational hypertension, and pre-eclampsia, which are associated with steroid dysregulation and inflammation. The pilot study looked at steroid-related biomarkers in blood samples from 72 women who had participated in the Utah first and second trimester evaluation of risk (FASTER) study, which had collected clinical information and samples from pregnant women between 1999 and 2002. The study took advantage of linkages in the Utah Population Database among the Utah FASTER study, URADD, and birth certificate data to identify autism cases among FASTER offspring. The study team found that higher estradiol activity, as indicated by higher levels of the hormone and lower levels of sex hormone-binding globulin, was significantly associated with the risk for autism.

“Everyone is looking at inflammation, as they should be,” says Bilder. “This looks more mechanistically at what can be identified and subsequently mediated in obstetric care so that we can promote the health of these babies while supporting normal neurologic development.”

“I was expecting something to be off. That’s why I did the study,” says Bilder. “But I wasn’t expecting the steroid differences to go in this direction. I wasn’t thinking of finding something that is otherwise associated with healthier pregnancies.”

Bilder does point out some limitations to the study. It is a pilot study with a small sample size, and it focused only on term babies. The study also looked at these markers in blood collected between 1999 and 2002. Measuring biomarkers closer to the time blood was collected is ideal. Bilder and her colleagues want to look at additional markers to get a better sense of changes in estrogen activity and how they might be related to inflammation. Bakian also points out that studies like this could also identify protective factors in maternal serum.

Both Bilder and Bakian credit the unique collaborative environment in Utah, the advocacy of the Autism Council of Utah, and the FASTER participants for the ability to conduct this study. The study was a collaboration among the University of Utah, Intermountain Healthcare, URADD, the Utah Department of Health, the Utah State Board of Education, and the Pedigree and Population Resource at Huntsman Cancer Institute.