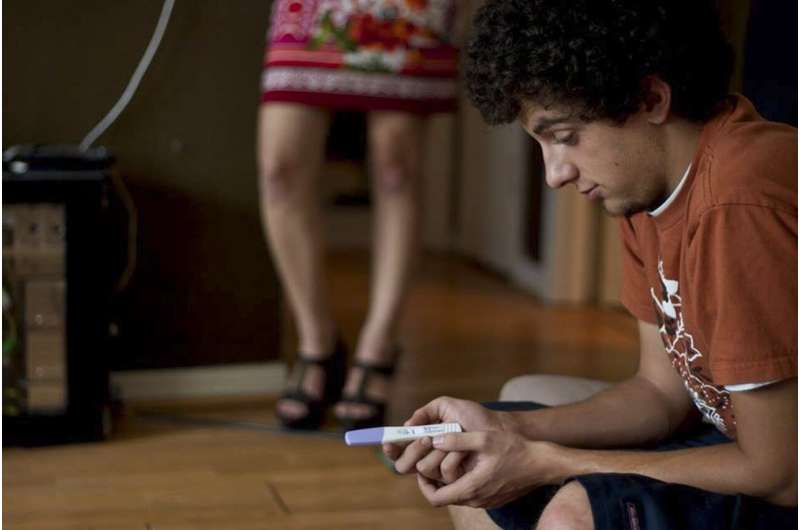 Now that the U.S. Supreme Court has eliminated the constitutional right to an abortion, access to birth control has taken on new urgency. By moving the decision about abortion access to states, the fall of Roe v. Wade means that it will be even more important for people to be able to prevent an unwanted or mistimed pregnancy.

Given the health risks of having a rapid repeat pregnancy, avoiding pregnancy is especially critical for those who have recently given birth. But not all health care providers offer birth control to their patients.

Over the past two decades, the number of Catholic hospitals in the U.S. has risen dramatically. But it might come as a surprise to many people to learn that Catholic hospitals are not allowed to provide health care that is considered by their religious leaders to be “intrinsically immoral.”

The Catholic religion holds that life begins at conception and that sex should take place only for the purposes of procreation. Because of this, the U.S. Conference of Catholic Bishops has published ethical and religious directives, last updated in 2018, that prohibit Catholic hospitals from providing birth control, abortion and infertility treatments. There are no exceptions, even if the care is needed to protect a person’s life or health.

As a result, many people who want birth control before they leave the hospital after childbirth may not receive it.

One of the most effective methods of preventing pregnancy is female sterilization, which is used by 18% of women in the U.S.. This permanent method of birth control usually consists of tubal ligation, a surgical procedure in which the fallopian tubes are cut or sealed. Catholic hospitals are not permitted to perform this procedure.

However, many people are not even aware that they are choosing a Catholic hospital when they decide where they will deliver. Others do not have an option or may not realize that where they give birth might affect the reproductive treatment options available to them.

As a sexual and reproductive health epidemiologist, I have carried out research on contraception and abortion in countries throughout the world, including in the U.S., over the past 20 years. Much of my research involves studying disparities in people’s use of birth control.

Avoiding a Catholic hospital can be difficult

Some people attend a Catholic hospital because they have limited choices. There are 46 Catholic hospitals in the U.S. that are the sole providers of short-term acute hospital care in their geographic area, including in Santa Fe, New Mexico; Grand Junction, Colorado; and Bellingham, Washington. Others might be limited in where their health insurance will cover their care.

In some cases, people might be unaware of their hospital’s status because its name does not sound religious. Also, people might not know that a Catholic network purchased their secular hospital and that their hospital is now required to follow its ethical and religious directives. A 2017–2018 review of hospital websites found that 21% of Catholic hospitals did not explicitly disclose their Catholic status on their website.

Even if people know that their hospital is Catholic, they might not know that attending a Catholic hospital could restrict the scope of care that they are able to receive. A large survey of women found that most did not expect restrictions on care at Catholic hospitals, especially for services viewed as less taboo than abortion. Respondents did not realize that Catholic hospitals are restricted in providing birth control, including female sterilization methods such as tubal ligation.

The need for birth control after childbirth

Using birth control after childbirth is critical, because people’s fertility returns quickly. Having at least 18 months of spacing between childbirth and a new pregnancy is important to protect the pregnant person and the infant’s health.

Short birth spacing increases the risks of adverse outcomes such as preeclampsia, preterm birth and health problems for the newborn infant. Because of the health risks, the U.S. Department of Health and Human Services recognized birth spacing as a high priority in the 2030 Healthy People Objectives.

Even if ethical and religious directives state that Catholic hospitals are not allowed to provide birth control, it is plausible that some hospitals might fail to enforce the rules or providers might find ways to work around them. For example, providers at Catholic hospitals might place an intrauterine device, or IUD, in a patient who desires one by justifying its use for non-contraceptive purposes. Or providers might perform an elective cesarean delivery in order to surreptitiously perform a tubal ligation.

My colleagues and I used survey data from the Pregnancy Risk Assessment Monitoring System from five states—Alaska, Illinois, Maine, Oregon and Wisconsin—over the period of 2015 to 2018. The Centers for Disease Control and Prevention and state health departments annually conduct this survey of women who gave birth in the last two to six months. We linked this survey data to birth certificates to know whether women had delivered at a Catholic or non-Catholic hospital.

Our study found that at two to six months postpartum, women who had delivered at a Catholic hospital were about half as likely to have had female sterilization as women who delivered at another type of hospital. This difference remained statistically significant after we adjusted for women’s age, race or ethnicity, education, insurance status and parity.

Legal abortion is much safer than childbirth in the U.S. Because people are 14 times more likely to die from pregnancy than from a legal abortion, it is important that they are able to avoid an unintended pregnancy.