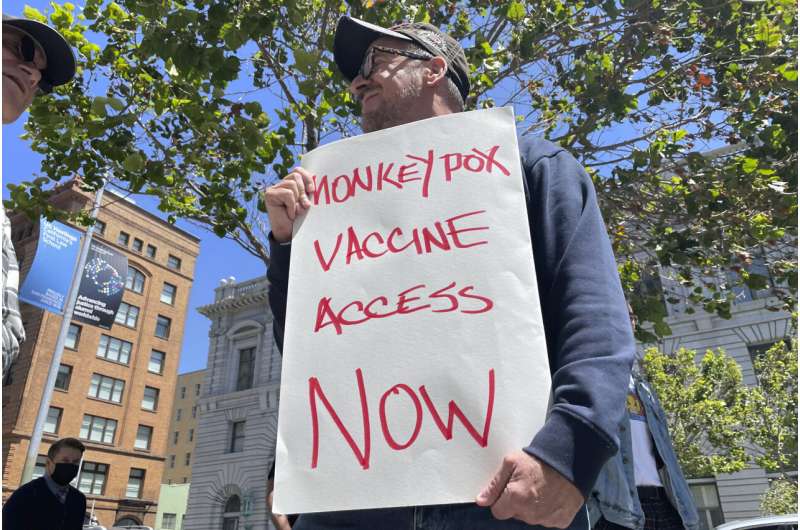 With monkeypox cases subsiding in Europe and parts of North America, many scientists say now is the time to prioritize stopping the virus in Africa.

In July, the U.N. health agency designated monkeypox as a global emergency and appealed to the world to support African countries so that the catastrophic vaccine inequity that plagued the outbreak of COVID-19 wouldn’t be repeated.

But the global spike of attention has had little impact on the continent. No rich countries have shared vaccines or treatments with Africa, and some experts fear interest may soon evaporate.

“Nothing has changed for us here, the focus is all on monkeypox in the West,” said Placide Mbala, a virologist who directs the global health research department at Congo’s Institute of Biomedical Research.

“The countries in Africa where monkeypox is endemic are still in the same situation we have always been, with weak resources for surveillance, diagnostics and even the care of patients,” he said.

Monkeypox has sickened people in parts of West and Central Africa since the 1970s, but it wasn’t until the disease triggered unusual outbreaks in Europe and North America that public health officials even thought to use vaccines. As rich countries rushed to buy nearly all the world’s supply of the most advanced shot against monkeypox, the World Health Organization said in June that it would create a vaccine-sharing mechanism to help needy countries get doses. 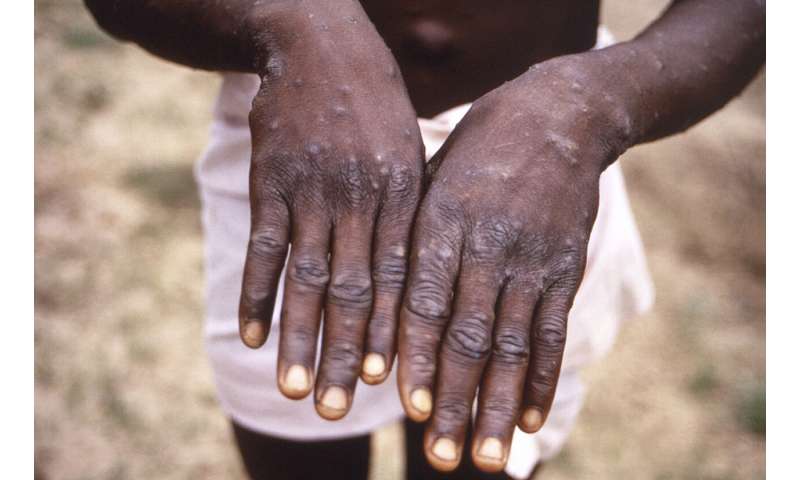 So far, that hasn’t happened.

“Africa is still not benefiting from either monkeypox vaccines or the antiviral treatments,” said Dr. Matshidiso Moeti, WHO’s Africa director, adding that only small amounts have been available for research purposes. Since 2000, Africa has reported about 1,000 to 2,000 suspected monkeypox cases every year. So far this year, the Africa Centers for Disease Control and Prevention have identified about 3,000 suspected infections, including more than 100 deaths.

In recent weeks, monkeypox cases globally have fallen by more than a quarter, including by 55% in Europe, according to WHO.

Dr. Ifedayo Adetifa, head of the Nigeria Center for Disease Control, said the lack of help for Africa was reminiscent of the inequity seen during COVID-19.

“Everybody looked after their (own) problem and left everybody else,” he said. Adetifa lamented that monkeypox outbreaks in Africa never got the international attention that might have prevented the virus from spreading globally.

Rich countries have stretched their vaccine supplies by using a fifth of the regular dose, but none have expressed interest in helping Africa. WHO’s regional office for the Americas recently announced it had struck a deal to obtain 100,000 monkeypox doses that will start being delivered to countries in Latin America and the Caribbean within weeks. But no similar agreements have been reached for Africa. 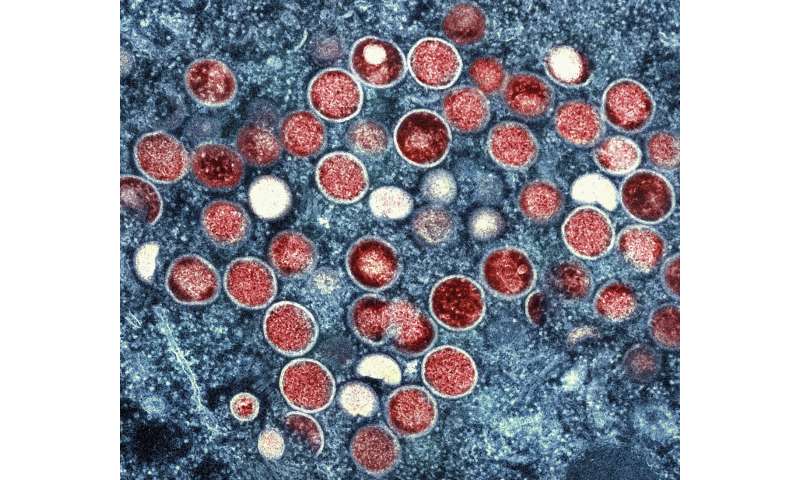 “I would very much like to have vaccines to offer to my patients or anything that could just reduce their stay in the hospital,” said Dr. Dimie Ogoina, a professor of medicine at Nigeria’s Delta University and a member of WHO’s monkeypox emergency committee.

Since WHO declared monkeypox a global emergency, Nigeria has seen the disease continue to spread, with few significant interventions.

“We still do not have the funds to do all the studies that we need,” Ogoina said.

Research into the animals that carry monkeypox and spread it to humans in Africa is piecemeal and lacks coordination, said Mbala, of Congo’s Institute of Biomedical Research.

Last week, the White House said it was optimistic about a recent drop in monkeypox cases in the U.S., saying authorities had administered more than 460,000 doses of the vaccine made by Bavarian Nordic.

The U.S. has about 35% of the world’s more than 56,000 monkeypox cases, but nearly 80% of the world’s supply of the vaccine, according to a recent analysis by the advocacy group Public Citizen. 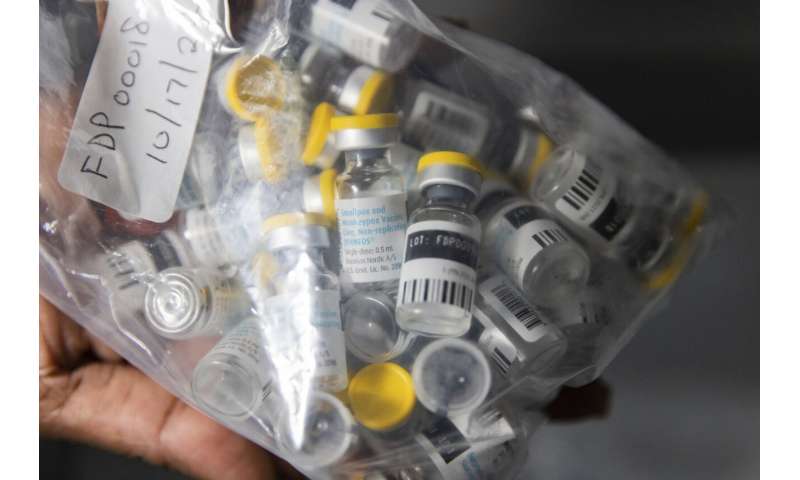 The U.S. hasn’t announced any monkeypox vaccine donations for Africa, but the White House did make a recent request to Congress for $600 million in global aid.

Even if rich countries start sharing monkeypox tools with Africa soon, they shouldn’t be applauded, other experts said.

“It should not be the case that countries only decide to share leftover vaccines when the epidemic is declining in their countries,” said Piero Olliaro, a professor of infectious diseases of poverty at Oxford University. “It is exactly the same scenario as COVID and it is still completely unethical.”

Olliaro, who recently returned to the U.K. from a trip to Central African Republic to work on monkeypox, said WHO’s emergency declaration appeared to offer “no tangible benefits in Africa.”

In Nigeria’s Lagos state, which includes the country’s largest city and is hard hit by monkeypox, some people are calling for the government to urgently do more.

“You can’t tell me that the situation wouldn’t have improved without a vaccine,” said Temitayo Lawal, 29, an economist. 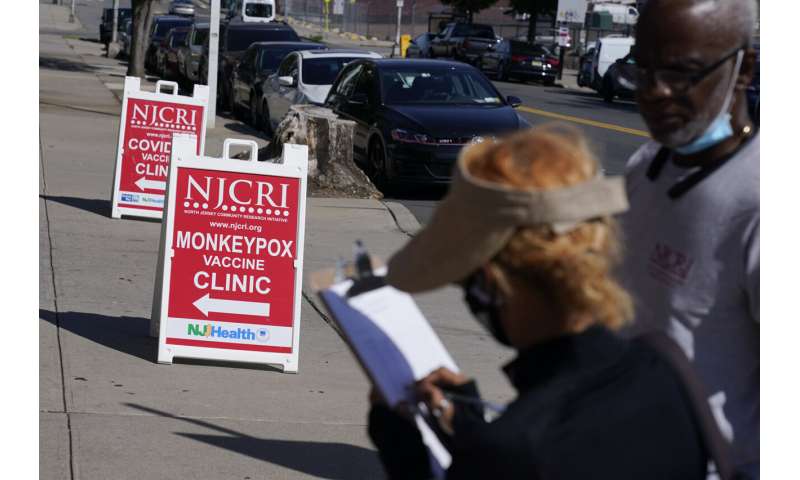