“Evie received some major gifts for her 1st birthday,” the TLC star, 24, wrote via Instagram on Monday, August 24, alongside a photo of herself holding her little one in the hospital. “Her surgeon laid the groundwork for her new foot and mobility it will bring, by way of a Boyd amputation. Another gave her some extra mobility in her hand, by clipping her webbing she had in her right hand.”

Brush, whose daughter was diagnosed with fibular aplasia, tibial campomelia and oligosyndactyly (FATCO) syndrome at birth, told her followers that the toddler “is home and is recovering beautifully.”

Maddie tied the knot with Caleb Brush in 2016 and the pair welcomed their first child together, son Axel, in May 2017. Us Weekly confirmed that the Utah native was pregnant again in January 2019, with Maddie noting that she was “over the moon” to be adding to her family. 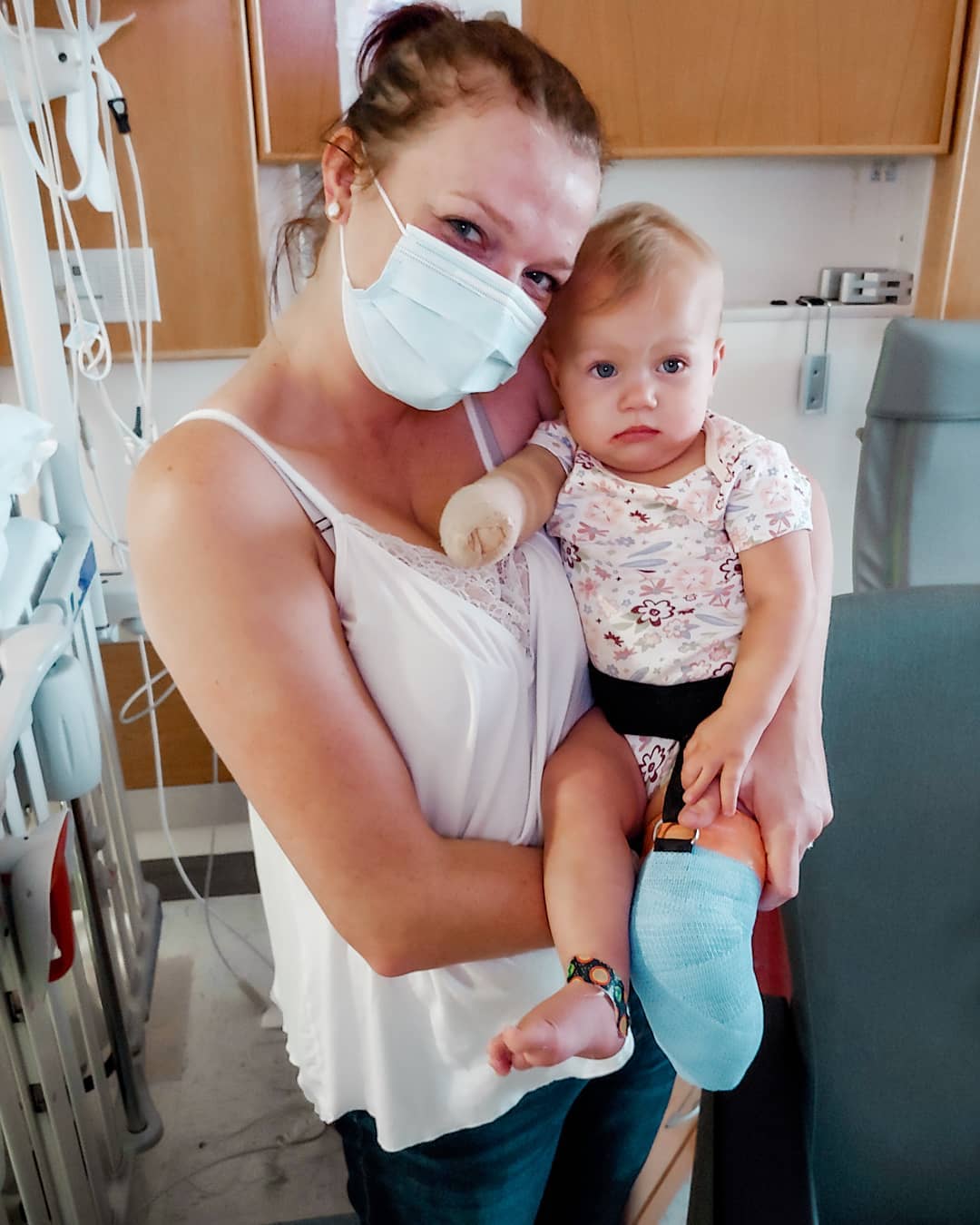 The reality TV personality opened up about her daughter’s rare genetic condition in October 2019, two months after Evie was born, acknowledging that she and her husband, 33, “were aware of some abnormalities” before birth.

“This is one of the hardest things that Caleb and I have gone through and the decision to share almost as difficult, but after a lot of consideration, we realized that it’s the best thing for our daughter and there is a chance it may help other parents who may also be struggling,” Maddie wrote in an emotional Instagram post at the time.

FATCO is a “rare medical syndrome” which causes the bones in some of a child’s extremities to “not fully develop.” When Evie was born, she was missing three fingers, one toe and her fibula (a lower leg bone).

“We knew something was wrong when we went in for a routine anatomy ultrasound at 26 weeks and what should have taken 45 minutes, ended up lasting a nerve-wracking two hours,” Maddie’s post continued. “We were hesitant to share Evie’s condition publicly for fear that our infant daughter would become the target of mean jokes and cyberbullying. That said, we felt not being open would be even worse and make Evie feel ashamed for something that makes her all the more special in our eyes.”

Despite the challenges Evie has faced as a result of the rare disorder, her parents are hopeful that she will be able to live a full and happy life.

“She is healthy in every other way aside from the missing bones,” Maddie explained in October 2019. “As a family, we have decided to be open as we walk through this journey. We want Evie to always feel pride in who she is, and all that God gave her!”