World Breastfeeding Week 2019: Take the opportunity to give your newborn the best start. Your skin-to-skin contact with the baby immediately after birth helps in bonding and releases oxytocin in the hormones that promote maternal behaviour and encourage breastfeeding. 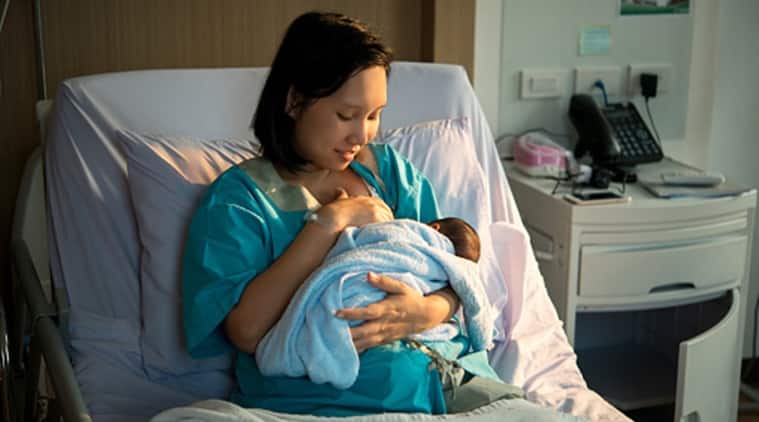 World Breastfeeding Week 2019: While breastfeeding is the most important aspect for new mothers and babies, it comes with its own share of difficulties for both. Babies may find it difficult to latch on and get a grip on breastfeeding and some babies who have been breastfeeding for weeks or months may suddenly stop, making mothers anxious.

It’s a proven fact that contact between the baby and mother immediately after birth promotes bonding between the two. From the cosy and warm womb of the mother, the baby finds itself in an unfamiliar territory all of a sudden after birth. They may feel cold and learn to breathe on their own. They may even be hungry or thirsty immediately after birth. They need an uninterrupted time with their mother as soon as they are born, and this is termed as the ‘Golden Hour’ after birth.

Take the opportunity to give your newborn the best start. Your skin-to-skin contact with the baby immediately after birth helps in bonding and releases oxytocin in the hormones that promote maternal behaviour and encourage breastfeeding. It is recommended that all mothers who want to breastfeed spend the first hour after the birth of the child with skin-to-skin contact with your baby. Most babies will latch on to the breast themselves as they feel hungry and want to be fed. Usually the baby will find the mother’s breast and begin to nurse. However, if the baby is premature or unwell, the mother may need to do this herself.

According to reports, 60 per cent of babies in India miss out on mother’s breast milk soon after birth, lowering their chances of matching physical and mental growth standards and making them vulnerable to various diseases.

Breastfeeding during the first hour is crucial because infants need colostrum – the initial breastmilk that contains antibodies. The colostrum that can be expressed from the mother’s breast is maximum during the first hour after childbirth. Breastfeeding gives life-saving protection to the baby against various illnesses and builds their immune system.

According to UNICEF reports, three out of five babies worldwide are deprived of mother’s breastmilk as soon as they are born. A delay in breastfeeding could be risky for the baby and could result in infant death also in certain cases. This risk can be avoided by breastfeeding the baby within the first hour after childbirth, known as the ‘Golden Hour’. One must ensure that no water or any other fluids are given to the baby for the first six months and the baby must be given only breastmilk. Giving the baby any other feed during this period could result in discontinuation of exclusive breastfeeding.

Babies who breastfeed within the Golden Hour are known to have lower rates of ear infection, asthma, diabetes, childhood leukaemia as well as sudden infant death syndrome. For the mother, skin-to-skin contact with her baby and suckling at the breast releases hormones that cause the uterus to contract and stop bleeding. Mothers who nurse their baby in the first hour after birth have lower rates of breast cancer and diabetes. Breastfeeding early can also speed up the delivery of the placenta for the mother, reducing the risk of postpartum haemorrhage.

Every baby and mother must be given a chance to experience the ‘golden hour’ after childbirth.

(The writer is Consultant Obstetrics and Gynecology, Apollo Cradle – Kondapur.)