Brotherly bonding! Kim Kardashian posted a pic of her sons, Psalm and Saint, on Monday, June 17.

“My boys,” the Keeping Up With the Kardashians star, 38, captioned the black-and-white Instagram upload of her 3-year-old cradling his 1-month-old brother’s face in his hands. The reality star looked down at both of her sons with a smile.

She and her husband, Kanye West, welcomed their fourth child via surrogate on May 9. Psalm joined older siblings North, 6, Saint, and Chicago, 17 months. 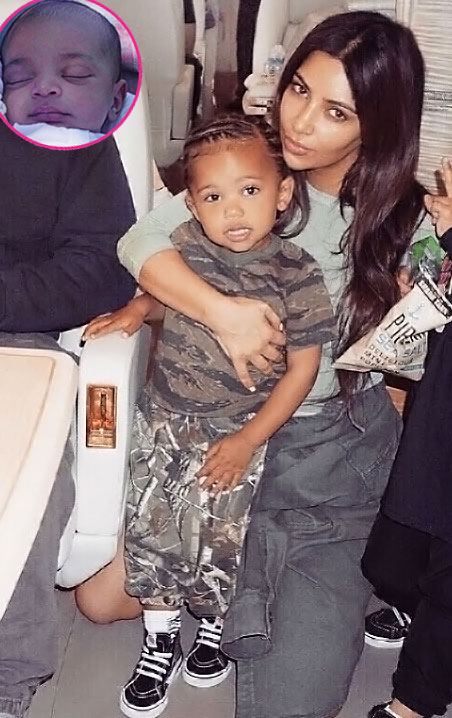 “He’s here and he’s perfect!” the E! personality wrote on Twitter at the time. “He’s also Chicago’s twin lol. I’m sure he will change a lot but now he looks just like her.”

Less than a week after the infant’s arrival, Kardashian added: “We celebrated our baby boy about a week ago and now he’s here! He’s so perfect. I was freaking out for nothing because he is the most calm and chill of all of my babies so far and everyone loves him so much.”

Kardashian announced her and West’s fourth child’s name on May 17 when she posted the first photo of the little one swaddled in his crib. She shared a closer shot last week, captioned, “Psalm Ye.”

With this fourth addition, “Kim absolutely loves being a mom and feels like her family is complete now, with two boys and two girls making it even,” a source told Us Weekly exclusively after Psalm’s birth. “She feels like she spaced each child out just enough where it isn’t too overwhelming for her.”

In January, Us broke the news that the Selfish author and the rapper, 42, were expecting their second son. The couple tied the knot in 2014.