Dizziness is a typical complaint with a wide range of possible causes, including both benign and dangerous illnesses. Lightheadedness and vertigo are two distinct experiences that are often referred to as dizziness.

The feeling of being about to faint or "pass out" is known as lightheadedness. Even though one feels dizzy, they do not perceive themselves or their surroundings to be moving. When a person rests down, their lightheadedness usually goes away or improves. If lightheadedness worsens, it may cause a fainting sensation or a fainting spell.

Vertigo is the sensation that oneself or one's surroundings are moving when there is no movement. It is possible to feel unbalanced and experience spinning, whirling, tumbling, or tilting sensations. Sufferers may feel nauseated or vomit if they have severe vertigo and they may have difficulty walking or standing, causing loss of balance and falling. 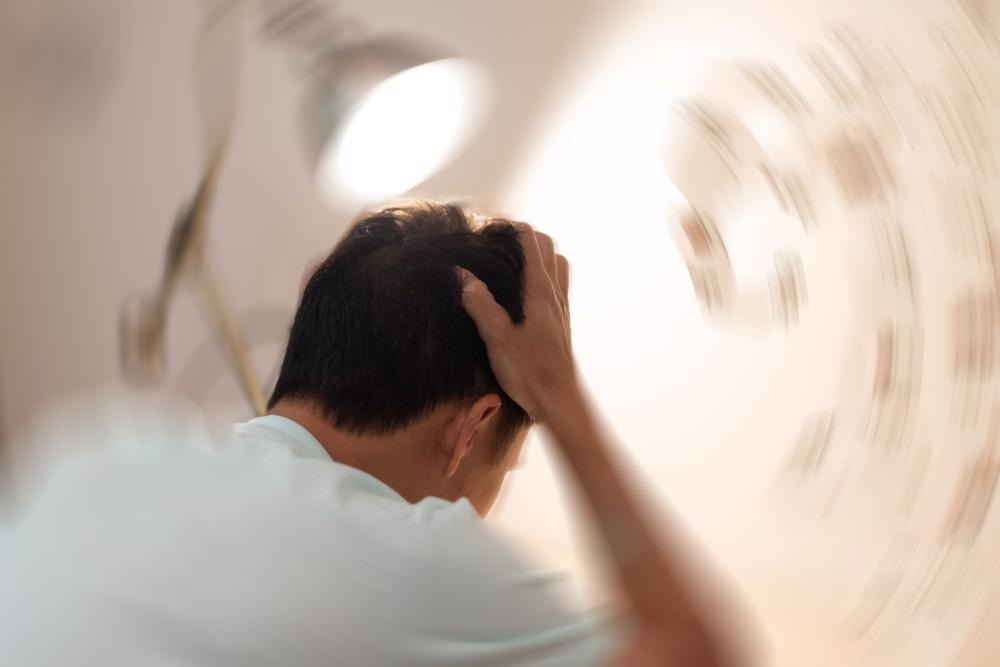 Dizziness accounts for about 3.5 percent of emergency department (ED) visits. Physicians must distinguish between the vast majority of dizzy patients who have self-limiting or readily curable diseases and the few who have life- or brain-threatening conditions using the fewest resources necessary.

Dizzy patients had more testing, more imaging, longer ED stays, and are more likely to be admitted than those who do not experience dizziness. Total healthcare expenses for dizzy people in the United States were predicted to reach $10 billion in 2013.

Adverse occurrences such as patient anxiety, fall-related injuries, and preventable massive strokes as a result of misdiagnosed mild cerebrovascular episodes were among the additional "costs." The traditional diagnostic paradigm for dizziness is taught across specialties and is based on symptom quality or type of dizziness (i.e., asking the question "What do you mean dizzy?").

However, newer research has cast doubt on its scientific foundation. The differential diagnosis is best informed by the chronology, triggers, and evolution over time; related symptoms; and context (rather than the descriptor used).

Although dizziness can affect anyone at any age, it is more frequent among the elderly. Older persons may reduce their physical and social activities due to a fear of dizziness. Falls and other injuries can occur as a result of dizziness.

Dizziness is typically caused by a problem with the inner ear or the brain. It could be the result of an infection or a problem with the nerves. Low blood pressure, anxiety, nerve disorders, and heart difficulties can all cause balance problems without dizziness.

Allergies, very deep or quick breathing (hyperventilation), illnesses such as the flu or colds, vomiting, diarrhea, and fever, use of cigarettes, alcohol, or illegal drugs, anxiety, and stress are just a few of the causes of lightheadedness. Bleeding is a more dangerous cause of lightheadedness. It can include severe menstrual bleeding as well as gastrointestinal bleeding. Arrhythmia and the usage of certain medications can also cause it.

Vertigo happens when the messages provided to the brain by the body’s numerous balance and position-sensing systems conflict. Inner ear problems (BPPV, vestibular neuritis, Ménière’s disease, or labyrinthitis), migraine headaches, injury to the ear or head, and decreased blood flow via the arteries that bring blood to the base of the brain are all common causes of vertigo (vertebrobasilar insufficiency). It can also be induced by cholesteatoma, over-medication, drug intoxication, and alcohol intake.

A review published in Swiss Medical weekly summarizes the current treatment options recommended for different forms of dizziness. The best treatment options are those that are suited to the particular patient and the underlying cause.

They should include neurology, ENT, ophthalmology, general internal medicine, emergency medicine, neurosurgery, physiotherapy, and ergotherapy as a multidisciplinary approach. In certain circumstances, such as cerebellar stroke or bilateral vestibular loss, it is possible to cure the symptoms of dizziness but not to completely reverse the etiology.

Given that dizziness is one of the most common causes for people to visit their general practitioners or emergency rooms, it is critical to encourage further research. We would be able to make recommendations based on higher levels of evidence as a result of this.

Comparative studies, in which different treatment techniques are compared to each other and a placebo, are essential. The initial steps in this regard have already been taken; for example, a multicenter, randomized placebo-controlled experiment on the treatment of vestibular paroxysmia is currently being conducted (VESPA). Similar trials for other causes of dizziness are hoped to be achievable in the future.

Dizziness, vertigo, and unsteadiness are common symptoms of a variety of disorders that affect many organ systems. Diagnosis can be challenging. Misconceptions, overuse of resources, and misdiagnosis are all too often. A novel paradigm centered on time and triggers is more in line with the most recent research. Imaging is less reliable than history and physical examination, and the old paradigm is more likely to result in a definite diagnosis.

During her time at AZoNetwork, Emily has interviewed over 200 leading experts in all areas of science and healthcare including the World Health Organization and the United Nations. She loves being at the forefront of exciting new research and sharing science stories with thought leaders all over the world.