Regeneration of nerve cells involves either the repair or replacement of damaged nerve cells. While lower organisms possess an extensive capacity for neural regeneration, higher organisms, including humans, have limited ability to regenerate nerve cells. 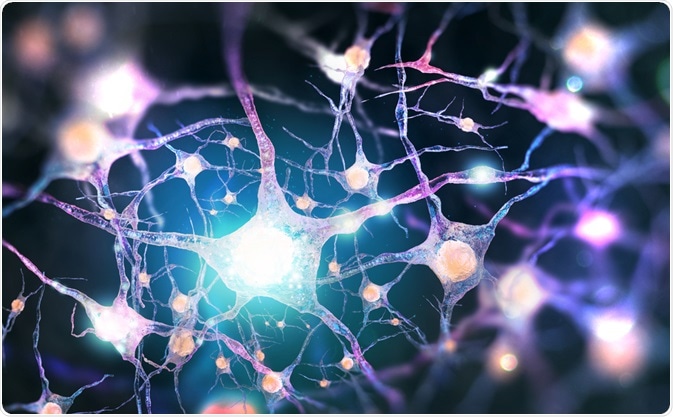 This inability of the CNS to regenerate poses significant issues for the treatment of injury and disease of the nervous system.

Why do PNS axons regenerate, but CNS axons do not regenerate?

This difference in the regenerative capacity is attributed to the different types of glial cells present in these two systems: in the PNS, Schwann cells (SCs) promotes axonal regrowth whereas, in the CNS, regrowth is inhibited by oligodendrocytes and the formation of glial scars.

Factors responsible for the regeneration of axons

Clearance of the debris

In the PNS, after peripheral nerve injury, the distal portion of the axon disintegrates from the soma within two days into small fragments by making small spheres of proteins called actin spheres, which breaks them down into smaller pieces.

These smaller fragments are then removed by Schwann cells and subsequently by macrophages. This process allows for the rapid clearing of axons and creates a favorable environment for axonal regrowth. In PNS axonal debris are cleared effectively within 2-3 weeks.

In CNS, after an injury, oligodendrocytes either die or remain unresponsive, they do not disintegrate the damaged axons in the central nervous system. They do not express vascular endothelial growth factor receptor 1(VEGFR1) like the Schwann cells.

An upregulation of regeneration associated genes (RAGs) in the PNS neurons has been observed following axotomy. Some of these RAGs are shown to play an important role in neurite outgrowth and regeneration.

The difference in the extracellular matrix

Another difference between the CNS and PNS is the basal lamina. Schwann cells secrete basal lamina composed of laminin, type IV collagen, and heparin sulfate proteoglycans (HSPGs), a substance required for myelination.

In contrast, oligodendrocytes secrete no basal lamina, and these molecules are mostly absent in the healthy CNS except at few places like pial surface.

However, some evidence suggests that astrocytes may upregulate growth-promoting extracellular matrix components such as fibronectin and laminin after injury. Still, these are overshadowed by the upregulation of chondroitin sulfate proteoglycans, which is inhibitory to the axon outgrowth.

Presence of inhibitors in the central nervous system

Axons in the nerves are sheathed in myelin, and damaged myelin forms the key to the regeneration of the axon. The myelin around the axon helps the nerve signals to pass quickly. 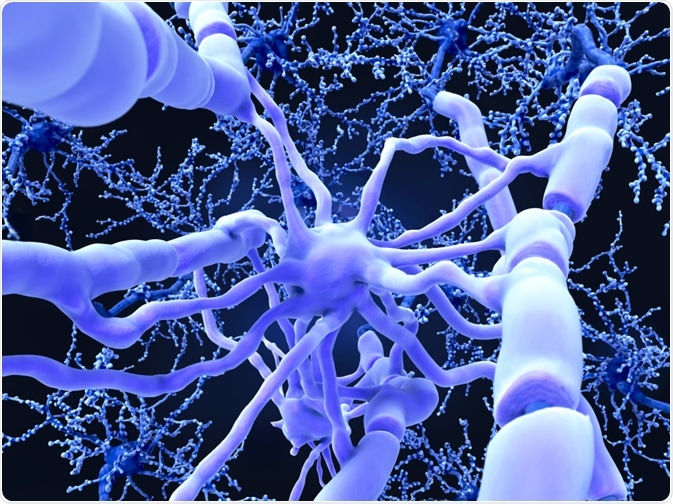 Myelin is essential for the function of the entire nervous system. Still, in case of injury, it hinders the repair process because of the presence of associated myelin integrins (MAI), a component of CNS myelin expressed by oligodendrocytes.

Using specific peptides or antibodies which block myelin inhibitory molecules and their receptors may improve the axonal regeneration and functional recovery.

Scientists have demonstrated that regeneration can be promoted either by enhancing growth promotion by heparin sulfate proteoglycans (HSPGs) or by using chondroitinase, which will digest CSPG.

In the PNS, integrins required for axon growth are upregulated during regeneration, whereas in the CNS, integrin expression decreases with maturity or becomes selectively excluded from axons.

Thus in CNS, integrins are either in deficient levels or absent. Besides, inhibitory molecules such as NogoA and CSPGs present in CNS inactivates integrins leading to the nonavailability of appropriately activated integrins to enable axon regeneration.

Attempts at nerve regrowth across the PNS-CNS transition have not been successful to date.