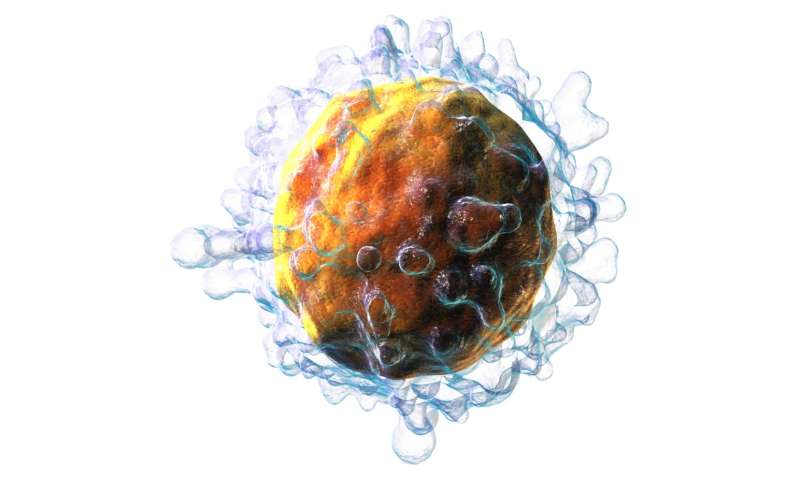 The way immune cells pick friends from foes can be described by a classic math puzzle known as the “narrow escape problem.”

That’s a key finding arising from an international collaboration between biologists, immunologists and mathematicians, published in the journal Proceedings of the National Academy of Sciences.

The narrow escape problem is a framework often applied in cellular biology. It posits randomly moving particles trapped in a space with only a tiny exit, and calculates the average time required for each one to escape.

“This is a new application for some familiar equations,” says co-author Justin Tzou from Macquarie University’s Department of Mathematics and Statistics.

Tzou worked with colleagues at the universities of Oxford and Cambridge in the UK, the University of British Columbia in Canada, and the University of Skövde in Sweden to analyze how potential pathogens are probed by T cells, which identify and attack invaders. The researchers discovered that the equations used in the narrow escape problem play a key role in determining whether an immune response is triggered.

The narrow escape problem turns out to be a close cousin of the situation with T cell receptors,” Justin says. “It is about determining how long a diffusing particle remains in a certain region before escaping.”

The unique shape of T cells creates what has been termed a “close-contact zone” for triggering molecules called T cell receptors. Unlike most cells, which have relatively smooth surfaces, T cells are covered in ruffles, bumps and other protrusions.

Scientists have known for a long time that T cell receptor molecules sit on the surface of the cells to recognize enemies and trigger a hostile response.