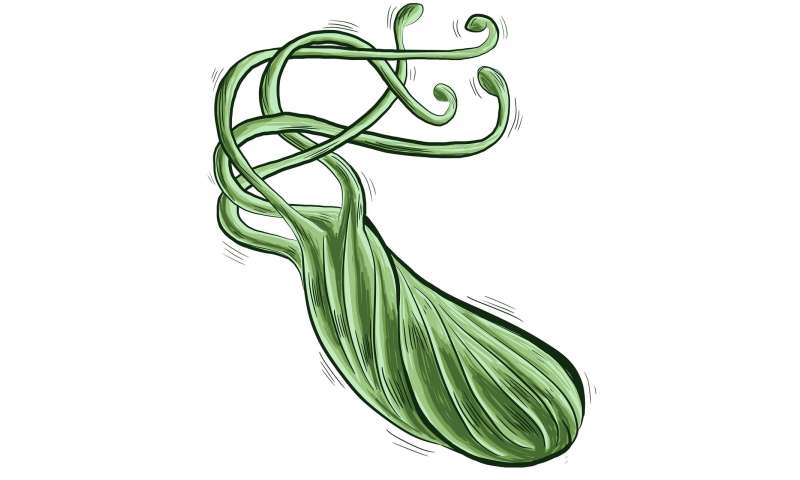 While it is well known within the medical community that there is a link between the bacteria Helicobacter pylori (H. pylori) and rates of gastric cancer—commonly referred to as stomach cancer—the rates and risk among Americans has been largely understudied. Now, after analyzing records of close to 400,000 patients, researchers in the Perelman School of Medicine at the University of Pennsylvania, have found that successfully eliminating H. pylori from one’s gastrointestinal tract led to a 75 percent reduction in risk of gastric cancer. Researchers also found that rates of gastric cancer after detection of H. pylori infection are higher among specific populations, suggesting that people who fall into these groups could benefit from more careful monitoring. The study is published in the journal Gastroenterology.

H. pylori is estimated to infect half of the world’s population, largely those in the eastern parts of the world. It can cause ulcers and other gastrointestinal issues but does not cause issues in the majority of people, and so many people are unaware they have it.

“The problem was that all research out of the U.S. used to study gastric cancer and determine American’s risk of developing it did not take into account H. pylori infection, and studies worldwide have shown this infection is actually the leading risk factor for this type of cancer,” said the study’s lead author Shria Kumar, MD, a fellow in the division of Gastroenterology.

The research team found that African American, Asian, Hispanic and Latinx, American Indian and Inuit Americans have significantly higher risk of H. pylori infection and of developing gastric cancer. Risks, when compared to the general population, are also higher among men, those who smoke, and among those whose H. pylori infection is detected in older age.

“Discovering that these particular racial and ethnic groups are more likely to develop cancer after detection of this bacteria could influence clinicians’ future screening practices and hopefully lead to early detection and management of gastric cancer,” said Kumar.

Kumar and the research team also saw that eradication of H. pylori infection dropped gastric cancer risk by about 75 percent, but that simply prescribing the H. pylori regimen does not decrease the likelihood of getting this cancer. Authors noted that this finding suggests physicians should ensure that the bacteria is eradicated after treatment, a consensus guideline recommendation that is often not followed due to the cumbersome nature of H. pylori testing.

While H. pylori and gastric cancer have serious consequences, Kumar is optimistic that the information from this study can lead to further research on the merits of increasing screening. Screening for H. pylori requires an endoscopic procedure, breath test, or stool sample, so it’s necessarily not easy. In addition, even among the number of people in the United States who contract H. pylori, most do not develop gastric cancer.