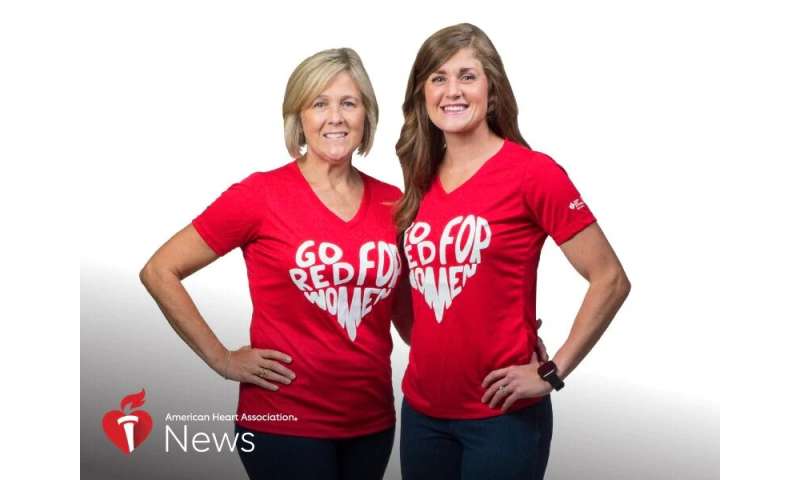 In March 2017, Mary Smith took an afternoon off work to visit her daughter and 2-week-old grandson Brody at their Minneapolis suburb home.

Smith brought in groceries for dinner and carried a mobile crib up the stairs from the car. She was in the entryway when she found herself out of breath.

She collapsed, making a thud that her daughter, Lindsey Bomgren, heard from the hallway to the nursery.

Thinking her mom fell, Bomgren called out to her. Smith didn’t respond.

Bomgren put down Brody and raced to the entryway. She grabbed her phone and called 911. She told the dispatcher her mom wasn’t breathing. Smith was in cardiac arrest.

Bomgren then asked the dispatcher a question that would change everything: Can you coach me through CPR?

Although Bomgren had refreshed her training for the lifesaving technique nine months earlier as part of her job as a fitness instructor, now that she had to use it—and on her mom—she needed guidance and support.

The dispatcher told her to stack hand-over-hand and place them in the center of her mom’s chest. The dispatcher then repeated the words “pump, pump, pump” to maintain the rhythm needed to keep blood flowing to Smith’s organs.

“It made me feel I was not all alone,” Bomgren said. “It provided a sense of calm.”

She provided Hands-Only CPR for nearly 10 minutes until an ambulance arrived and paramedics took over.

More than 350,000 cardiac arrests occur outside of the hospital each year. CPR, especially if administered immediately after cardiac arrest, can double or triple a person’s chance of survival.

Paramedics administered two shocks from an automated external defibrillator to get Smith’s heart back into rhythm before transporting her to the hospital.

Testing revealed Smith had hypertrophic cardiomyopathy, a thickening of the heart walls that requires the heart to work harder to pump blood. The condition is often genetic, and Smith had been tested for it 40 years earlier following her teenage sister’s cardiac arrest. Those tests had been inconclusive.

Two months before her cardiac arrest, Smith was diagnosed with an irregular heart rhythm called atrial fibrillation. She had just completed wearing a heart monitor for a month. Her doctor had yet to provide any next steps based on those results, but she had been taking medication for it.

After her cardiac arrest, Smith received an implantable cardioverter defibrillator to shock her heart back into rhythm should it ever be needed. (In January 2018, the device was needed and did its job.)

Bomgren and her brother soon underwent testing. He, too, had HCM. Nine months after his mom received her ICD, he got one as well. Bomgren is now pregnant with her second child. She plans to undergo additional testing after the delivery. She also plans to have her children tested once they are older.

Because of the dispatcher’s role in helping their story have a happy ending, Bomgren and Smith became advocates for a proposed state law requiring 911 dispatchers to be trained in how to help callers in such situations.

“When you are doing CPR, every second matters, so the sooner you can start and the more confidence you have to continue doing it can help save a life,” Bomgren said.

In May 2019, Minnesota passed legislation requiring all 911 operators in the state to be trained to identify a cardiac arrest and coach CPR over the phone or quickly transfer calls to another call center whose staff can.

Similar laws exist in Indiana, Kentucky, Louisiana, West Virginia and Wisconsin. Other states include the training as part of existing requirements for 911 operators.