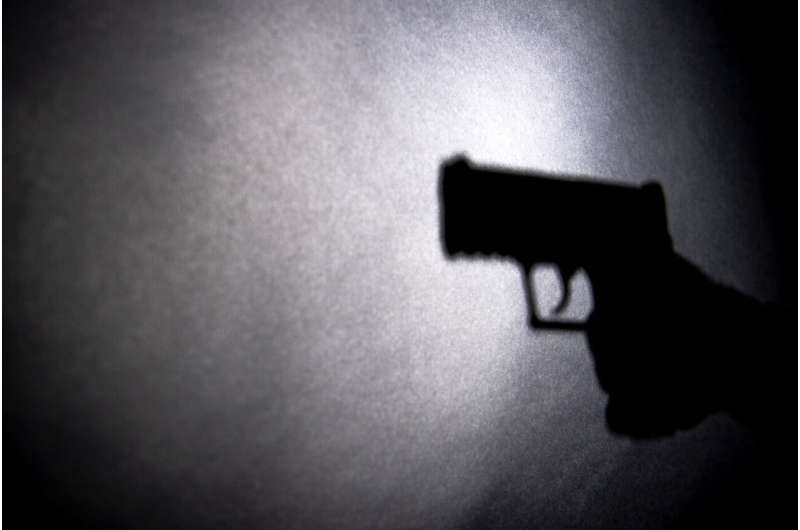 A woman’s risk of dying by suicide increases significantly when another adult she had been living with in a gun-free home becomes a first-time handgun owner, according to new research led by Matt Miller, a professor of health sciences and epidemiology at Northeastern.

The study, published in JAMA Psychiatry, is the first to reveal the second-hand risk of suicide that accompanies living in a home with a gun.

“The question that we asked is: ‘What happens to a woman’s risk of dying by suicide if an adult she is currently living with decides to become a lawful handgun owner?'” says Miller, who teamed with colleagues from Stanford, the University of California Davis, and the University of Pittsburgh. “What we found is her risk goes up by more than 40%, starting as soon as her cohabitant brings his handgun into their home.

“There are millions of women living with other adults, some of whom are thinking about bringing guns into their home,” Miller says. “Our study quantifies for the first time how much that woman’s risk of suicide will go up because someone she’s living with decided to get a handgun.”

The study of 9.5 million adult women is among the largest to explore the risk of keeping a gun at home. It found that from 2004 through 2016, more than 330,000 women in California had been living in a gun-free home with another adult before at least one handgun was brought into the home by an adult co-habitant—including a spouse, partner, or roommate. None of the 330,000 women owned guns themselves.

“The great majority of people who buy guns do so to protect themselves and the people they live with, along with their property,” Miller says. “But we know that instead of actually protecting these people, buying the gun is imperiling them.”

Suicide ranks among the 10 leading causes of death in the U.S., notes Miller: It is the top cause of firearm death for both women and men.

Miller says access to guns in the home results in suicides that might otherwise have been avoided.

“Nine out of 10 people who attempt to kill themselves with a gun end up dying in that attempt: That’s 50 times higher than the likelihood of death by other commonly used methods, such as pills and cutting,” Miller says. “If you reach for pills in that moment of vulnerability, you’re so much more likely to have a second chance at life than if you reached for a gun.

“Many suicidal crises are fleeting and impulsive, and the method that people use depends largely on what they can reach for in that vulnerable moment of crisis,” Miller adds. “If you make it hard for them to reach for a gun, not only have you given them a much better chance at surviving that attempt—but we also know that more than 90% of the people who survive a suicide attempt don’t go on to die by suicide thereafter. So if you prevent someone from reaching for a gun, you’ve probably saved their life, not only today but also in the long run.”