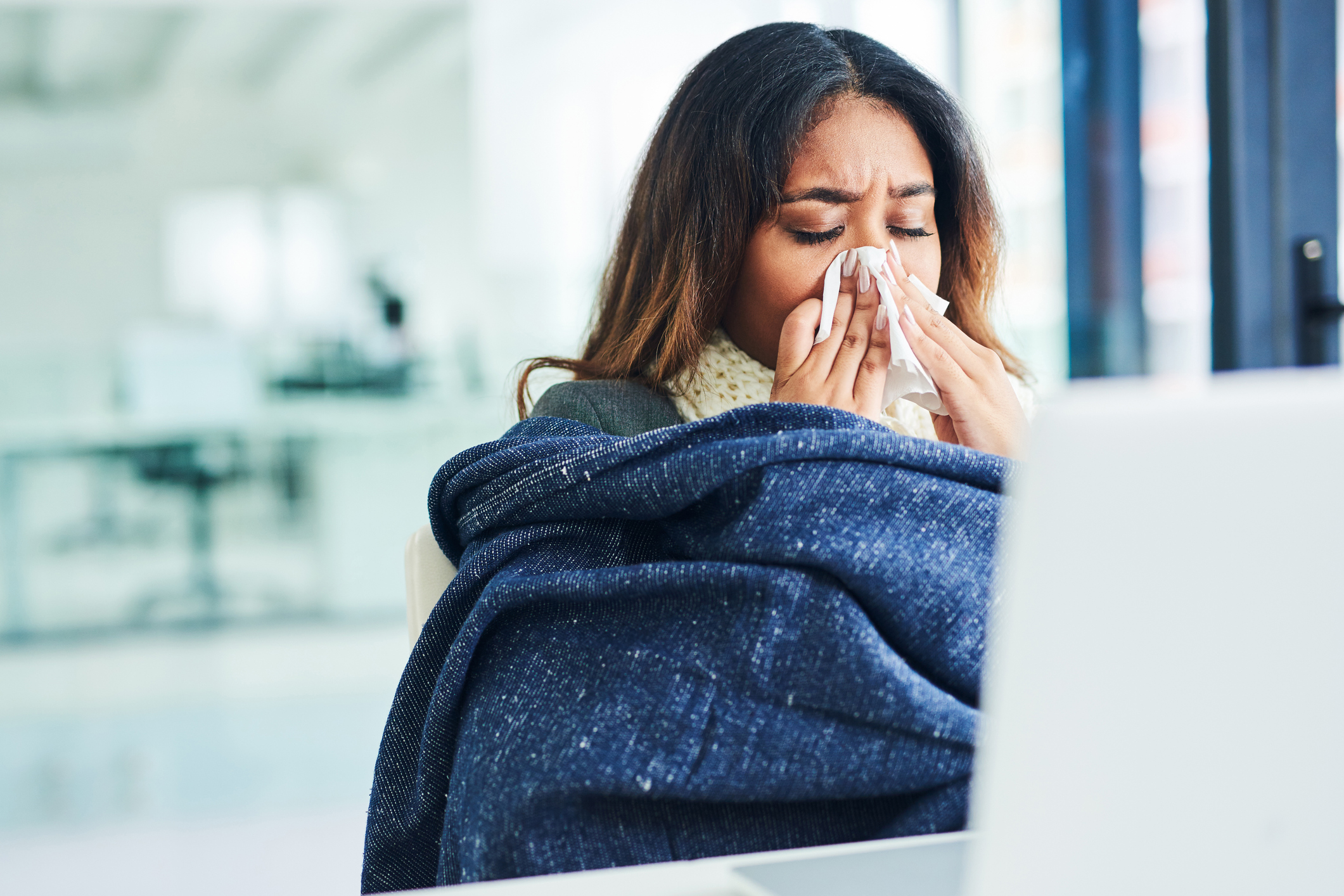 Is the central heating one of the biggest points of contention in your home? How about in your office?

It isn’t a rare sight to find UK workspaces divided – as the women in the room wrap themselves in scarves and blankets and huddle in their coats, while the men are often fine in a T-shirt.

Turns out, this discrepancy in temperature perception isn’t all in our heads – women are actually colder than men while they’re working, according to a new study.

Office fit-out company, Meridian Interiors, surveyed 1,000 UK office workers – asking whether they felt too hot or too cold in the office – and discovered that there is a correlation between your gender and temperature at work, with the data indicating that women are officially the colder gender.

The cold is also hitting younger people harder. Researchers analysed the temperature debate by age, and the youngest age demographic, 18-24, appear to be the coldest at work, with 48% claiming they are cold in the office all the time.

In fact, there was a noticeable correlation between age and how warm or cold people feel in the office, with older age groups less likely to feel cold at work than their younger colleagues.

If you’ve ever tried to address the issue of temperature in a large office building, you’ll know it’s rarely as simple as dialing up the thermostat. The systems are often centralised, or difficult to access, and then there’s the issue of appeasing hundreds of colleagues who all have different preferences.

So, working from home could be a godsend for women who struggle with feeling cold in their workplace. With more WFH and hybrid working on the cards at the moment, one upside could be more control over the temperature of your surroundings.

But the downside of this is the cost of heating your home throughout the day – particularly during a cold snap.

So, if you’re working from home and still feeling the chill, make sure you try some of these top tips to keep your body heat high and your outgoing costs low.

Think about keeping your doors closed to stop heat escaping between rooms, and also make sure you identify the source of any draughts and get them blocked up.