A Pennsylvania woman who came into contact with escaped cynomolgus macaque monkeys following a truck crash outside Danville is reportedly experiencing health problems.

Michele Fallon told PA Homepage that she sought medical attention at Geisinger Medical Center after developing pink-eye-like symptoms and due to an open wound on her hand.

“Because the monkey did hiss at me and there were feces around, and I did have an open cut, they just want to be precautious,” Fallon told the outlet, adding that she would be on preventative medicine for approximately two weeks and had just received her first dose of rabies vaccine and a round of anti-viral medication.

PETA said Monday that the U.S. Department of Agriculture had opened an investigation into the matter and that the group had filed a complaint.

PA Homepage also reported that the Centers for Disease Control and Prevention instructed Fallon to take precautions because the monkeys were not monitored and quarantined.

The trailer load of 100 monkeys was en route to a CDC-approved quarantine facility after arriving Friday morning at New York’s John F. Kennedy Airport from Mauritius, according to police. The pickup truck hauling the trailer collided with a dump truck, prompting the Pennsylvania Game Commission and other agencies to launch a search.

Mauritius is an island country in the Indian Ocean, off the south-eastern coast of Africa.

The CDC said it was providing “technical assistance” to the Pennsylvania State Police, and Valley Township firefighters used thermal imaging to try to locate the animals.

Authorities said that the last of the monkeys was accounted for by late Saturday and the CDC told The Associated Press that three were dead after being humanely euthanized according to American Veterinary Medical Association guidelines.

WNEP said Monday that state police, the Department of Health and the CDC decided together that it was best to euthanize the animals due to the public health risk and that the driver of the truck hauling the monkeys had received a ticket. 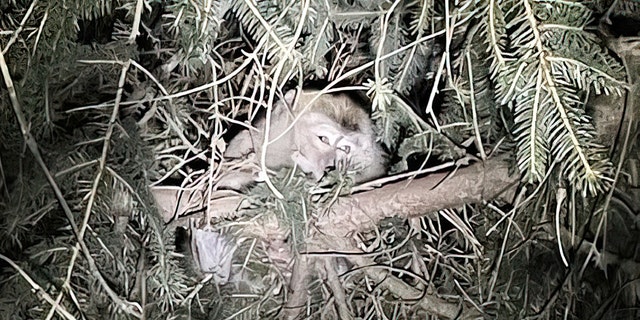 None of the drivers were harmed. A passenger was transported to a medical center for treatment of suspected minor injuries.

Fallon told the Press Enterprise newspaper of Bloomsburg that she was behind the pickup heading west on I-80 when it was hit on the passenger side by the dump truck, tearing off the front panel of the trailer and sending more than a dozen crates flying out of the vehicle.

Cynomolgus monkeys are often used in medical studies, and the CDC says the species commonly spreads herpes virus B through biting, scratching or contact with the monkey’s eyes, nose or mouth.

Herpes virus B infection is extremely rare but can lead to severe brain damage or death if the individual is not immediately treated.

Penn Live noted Tuesday that anyone who had contact with one of the primates was being asked to contact their health provider.