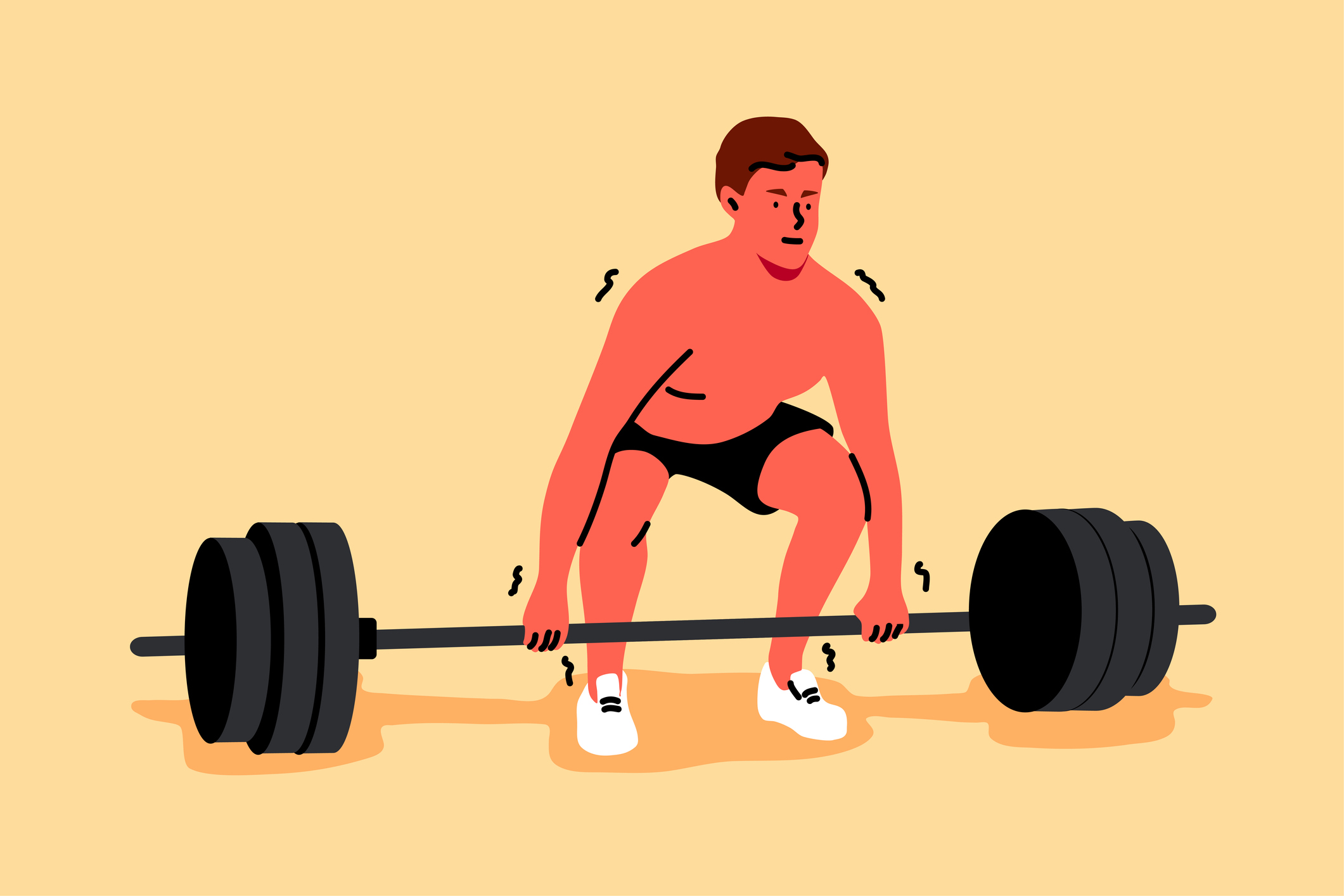 Last week I had a sickness bug.

A few days of not eating, everything coming out and nothing going in, left me grey round the eyes and a bit green around the face.

I looked awful – and I worried about coming out of this and going straight into a few days of filming for a new football series I’m recording.

And yet, when I mentioned this to the lads I was working with, nearly everyone was confused about why I thought three days without eating would be a net-negative for my appearance.

Among the approving comments were: ‘I bet your abs have come through though!’, ‘You’re beach body ready now mate!’, ‘You can probably avoid cardio this week!’

I’d forgotten, of course, that at this time of year, as the daffodils flower, the clocks change and airlines start spamming your inbox with cheap flights, many lads my age are having the same thoughts – ‘I need to look like I’m auditioning for Love Island, and I need to do it fast’.

It’s strange that while many women seem to be embracing body positivity and making efforts to detangle the mess caused by the negative image trends of the noughties, the pressure on men to look a certain way has ramped up.

Gyms are flooded with poor men like me, killing themselves to grow pecs; Instagram has seen a boom in fitness influencers popping up and making an industry from insecurities; and the supplement market has grown to the point that you can bulk, shred, grow, shrink, wake up, go to sleep, even get better at video games, all with the help of a milkshake that tastes like sick.

None of this is new, of course, but it does seem to have crept much further into the mainstream in recent years.

Growing up I was a skinny kid, a lanky beanpole of a teenager with long limbs and narrow shoulders and I hated it.

No-one told me this is what teenagers are supposed to look like – you are still developing, different things grow at different rates, and unfortunately your body isn’t aware of how inconvenient this is for you as you try to snog people for the first time.

I wish I could go back and tell myself ‘be patient, enjoy being a kid for a bit longer, in time you’ll miss the fast metabolism that is making you this skinny’.

Rather than being patient with myself I saved up my money and bought a load of weights from Argos, setting up a home gym system where I’d roll a barbell off my bed and into my hands to do bench presses (more than once it nearly fell through the floor), all the while spending hours searching the internet for nutrition hacks that would help me put on weight.

And I wasn’t alone among my peers – one mate covered his walls in paper and each morning would measure a different part of his body with tape to ensure that his fitness routine was making his limbs bigger, while another would add a tin of tuna to his protein shakes to create a disgusting chocolate fish medley that gave him an extra 20 grams of protein each morning.

At the time I never considered it unhealthy, and even looking back I don’t know if I’d quite define our habits as eating disorders, but we were maintaining some mad routines.

Things didn’t change when I got to university – I remember one particularly skinny bloke on my course trying a diet he found online that basically instructed him to drink a gallon of milk a day.

He didn’t grow the shoulders he dreamed of, but he did fail most of his exams due to spending more time in the toilet than his lectures.

It’s no wonder really that the fitness industry has exploded the way it has, when you look back at how many men of my generation obsessed over their bodies growing up. The demand has always been there; we were actively looking for the diet plans, the workout regimes, the supplements – we just didn’t know how and where to find them.

Nowadays that poor kid who spent his whole student loan on full fat milk would spend it on a subscription to a men’s magazine, a barrel of pancake batter flavoured whey protein and a pair of leggings with something like ‘GYM RAT’ emblazoned on the a**e.

Even as I write this, I know I’m not immune to it all

And there isn’t just an ugly industry profiteering on our desire to get sexy, influencers are popping up all over social media to try to gain traction from our fear of flab, usually with something to sell us.

Of course there’s nothing wrong with someone who wants to dedicate their life to helping people get fit and healthy – and some of it is genuinely healthy, I’m sure – but some of the tactics seem a bit, well, scary.

There are numerous videos where quasi-scientific terms for starving yourself are normalised.

How have men’s fitness trends reached a point of the borderline promotion of disordered eating when we’ve made so much progress on the awareness of body positivity around women?

Even as I write this, I know I’m not immune to it all.

My cupboards boast protein shakes and creatine, my notes app on my phone includes statistics of my workouts. Nothing has really changed since my mum picked me up outside Argos, aged 17, with those weights I’d spent weeks saving for (except I can now afford a gym membership, rather than rolling a bar that weighs the same as me off of my bed and challenging myself to catch it before it hits my skull).

As we creep into our 30s, so many men of my generation are just as image-concerned as we were as kids, just as desperate for a fix – the biggest difference is that, now, there’s an entire industry ready to pounce on our fears.

Perhaps in a few years men will have our own body positivity movement, a backlash to all of this pressure.

In the meantime, with the temperature rising and Marbella beckoning, many men will be hitting the gym, ordering those supplements, following fitness freaks and knuckling down.

I just hope no one else is being congratulated for catching a sickness bug off a toddler like I did.