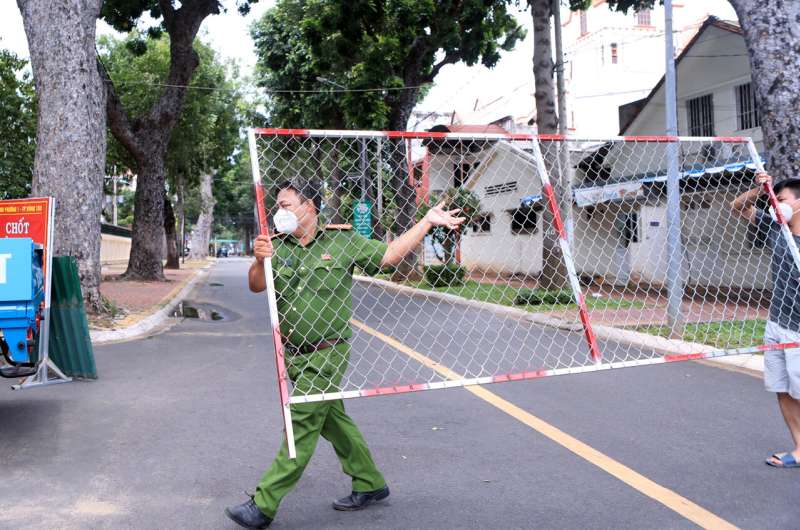 Vietnam will lift the lockdown in its largest city on Friday, ending nearly three months of restrictions on movement to curb a coronavirus surge.

People in Ho Chi Minh City, a metropolis of 10 million, will be able to leave their homes, restaurants can serve take-away meals and other essential businesses can open, the city said on its website Thursday.

A social distancing order, however, will still be enforced. Schools are closed, public transport remains suspended, travel in and out of the city will be controlled and public gatherings of more than 10 people outside is banned.

People who wish to attend social activities will have to show proof of vaccination to be admitted to establishments, authorities said.

Ho Chi Minh City along with 18 southern provinces went into lockdown in mid-July when cases started to surge.

In the past three months, the delta variant of the virus has infected 770,000 people and killed over 19,000, according to the health ministry. Most of Vietnam’s COVID-19 deaths occurred in this wave, with Ho Chi Minh City accounting for the majority of them. 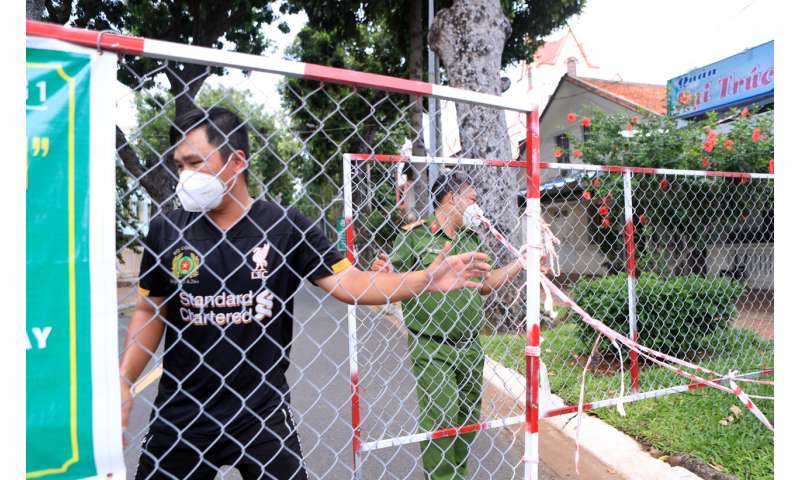 In the past week, Vietnam’s average new cases dropped by a third compared to earlier in the month when 14,000 were being recorded daily, the health ministry said.

In Vung Tau city, 70 kilometers (45 miles) from Ho Chi Minh city, barricades set up on the streets to control traffic during the lockdown were taken down as local residents cheered.

“We will have to celebrate this day, that the city is removing the barricades so we can go out again and get back to our normal lives,” local resident Pham Van Thanh said as he helped officers remove a barricade on his street.

Vietnam is speeding up vaccinations in order to reopen the country, with priority for big cities and vulnerable locations such as industrial zones.

Ho Chi Minh City’s health authority last week approved shortening the interval between two shots of AstraZeneca to six weeks, against the recommended eight to 12 weeks by the manufacturers, in order to fully vaccinate people quickly. 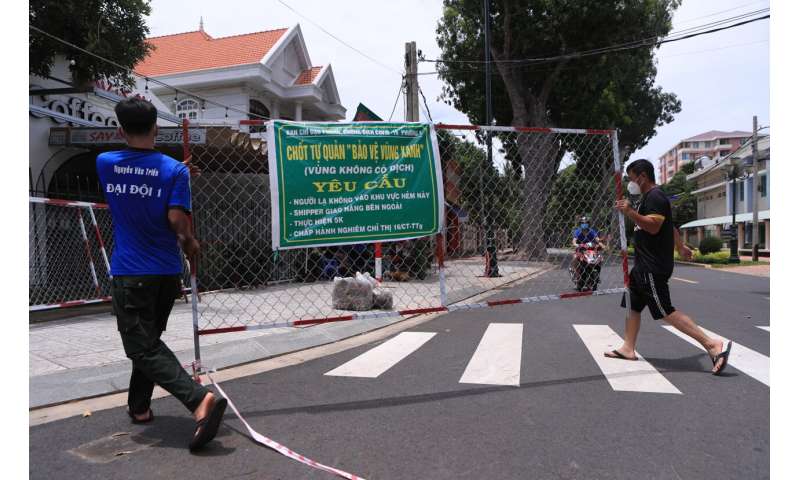 The health ministry says 98.5% of the city’s adults have been inoculated and 48% of them have received both shots.