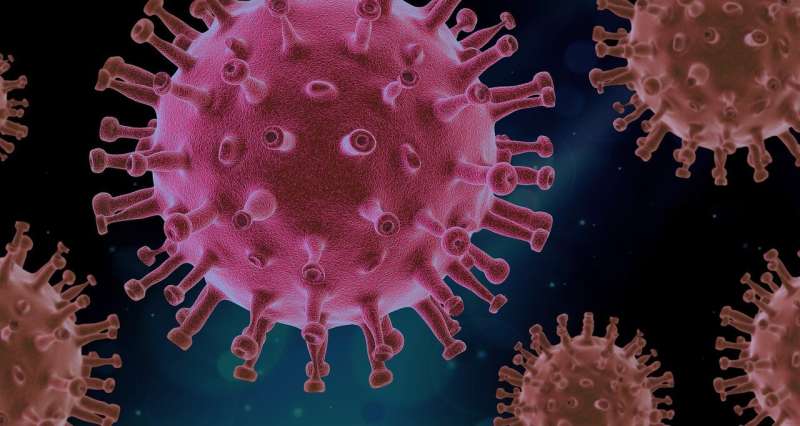 Vaccinating all adults in the UK is unlikely to achieve herd immunity and fully contain the virus, according to a modelling study published in The Lancet Infectious Diseases journal. Therefore, the gradual release of control measures, high vaccine uptake, and a vaccine with high protection against infection is essential to minimise future waves of infection.

The authors note that their model does not account for the emergence of new variants, to which the vaccine might offer less protection, nor for the effects of waning immunity, which might necessitate additional vaccination. They also note that they are unable to look at the effects of relaxing individual control measures.

Professor Matt Keeling, from University of Warwick, UK, says “Our modelling suggests that vaccination rollout in adults alone is unlikely to completely stop COVID-19 cases spreading in the UK. We also found that early sudden release of restrictions is likely to lead to a large wave of infection, whereas gradually easing measures over a period of many months could reduce the peak of future waves. The huge success of the UK’s vaccine programme so far coupled with the government’s gradual roadmap for easing restrictions are a cause for optimism. However, some measures, such as test, trace, and isolate, good hand hygiene, mask-wearing in high-risk settings, and tracing from super-spreader events, may also be necessary for some time.”

Vaccination may offer a potential exit strategy for the pandemic and the UK currently ranks third globally for the total number of vaccine doses administered. This study modelled the combined interaction of the UK vaccination rollout with different scenarios of relaxing control measures, to predict the R number and deaths and hospital admissions due to COVID-19 from January 2021 to January 2024.

The model assumed vaccine uptake would be 95% in those aged 80 years and older, 85% in those aged 50-79 years, and 75% in those aged 18-49 years, as well as looking at a more optimistic uptake scenario (95%, 90%, and 85%, respectively), and a more pessimistic scenario (90%, 80%, and 70%, respectively). Vaccine protection against symptomatic disease was assumed to be 88% based on phase 3 trial data from the Pfizer-BioNTech and Oxford-AstraZeneca vaccines being administered in the UK (the analysis was done before early real-world data from vaccination rollout studies). Since the vaccines’ protection against infection is still uncertain, it was varied in four scenarios (0%, 35%, 60%, and 85%).

The findings suggest that although vaccination can substantially reduce R, it may not be enough to drive R below 1 without other control measures. Under the most optimistic scenario for protection against infection (85%), the R number is estimated to be 1.58 without other controls.

As vaccination alone is not expected to drive R below 1, removing all restrictions after the vaccination rollout is complete is predicted to lead to another wave of infections with a substantial number of deaths. The scale of future waves and the number of deaths is influenced by how early and over what time-scales measures are relaxed, the vaccine’s level of protection against infection, and vaccine uptake.

Even small relaxations of measures if done abruptly were predicted to lead to large waves of infection. The authors consider abrupt releases of some measures (from current restrictions to a situation comparable to September 2020) with a vaccine that offers 85% protection against infection and calculate the number of deaths from Jan 2021 until January 2024. A partial release in February 2021 was estimated to lead to 130,100 deaths by January 2024, whereas partial release in April 2021 lowers this to 61,400 deaths and partial release in June 2021 to 53,900 deaths, highlighting the impact of the vaccination programme rollout. It should be noted that these estimates all include the 49,300 deaths that have already occurred this year.

Gradual relaxation, as opposed to immediate release of control measures, may reduce future waves of infection. For example, partial release of control measures in February, 2021, was predicted to lead to a wave of infection that peaks at 1,670 deaths per day, but gradual release of measures over the course of 5 months or 10 months leads to waves that peak at 430 and 46 deaths per day, respectively.

Although vaccination substantially decreases overall deaths, because no vaccine’s protection against symptomatic disease is 100%, the authors note that some people who have been vaccinated will still die of COVID-19. If the vaccine offers 60% protection against infection, the authors predict that 48% and 16% of deaths may be in individuals who have received one or two doses of the vaccine, respectively.

Dr. Sam Moore, from University of Warwick, UK, says “We’re rapidly learning more about vaccine efficacy as vaccination programmes are rolled out across the world. Since we conducted this study, new evidence suggests there may be a higher level of protection against severe disease offered by both the Pfizer-BioNTech and Oxford-AstraZeneca vaccines than the level we assumed. This may reduce the size of future hospital admissions and deaths we estimated, making future waves more manageable for the health service. As for protection against infection, some preliminary findings have suggested that the vaccine does offer a level of protection against infection, but the exact level of protection offered by vaccines is still unclear. We will continue to update our predictions as new data on vaccine efficacy becomes available.”

The authors caution that vaccine uptake is likely to be uneven (clustering among certain households and socioeconomic groups), potentially giving rise to pockets of infection, as control measures are relaxed. They stress the importance of intensive test, trace, and isolate capabilities to target these pockets of infection.