The primary purpose of sweat is to aid in thermoregulation by evaporation from the skin, but sweating also helps to keep the outer layers of the skin hydrated and may provide a minor excretory function in clearing excess micronutrients from the body. Sweat is produced by three major sweat glands: eccrine, apocrine, and apoeccrine.

Eccrine glands are the most common and are responsible for producing sweat mainly containing water and sodium chloride for cooling, and are thus most densely packed on high sweat areas of the skin such as the hands and feet, but are otherwise present all over the body on both hair-bearing and non-hairy skin.

Apocrine glands are only present on skin with hair, such as the scalp, and produce a much thicker sweat containing lipids, proteins, sugars, and ammonia. This type of sweat carries comparatively little importance in humans, but many animals utilize pheromones from these glands for sexual and social functions.

Body odor typically associated with sweat results from these lipids and proteins originating from the basal lumen of the gland being secreted onto the skin surface where bacteria digest them, the waste products of which are volatile and soul-smelling. Apoeccrine glands have only recently been discovered in the late 20th century and develop from eccrine glands starting in early puberty, though the reason for this transition is unclear. Chemically, these glands also produce salty water rather than the lipid-rich excretions of apocrine glands. 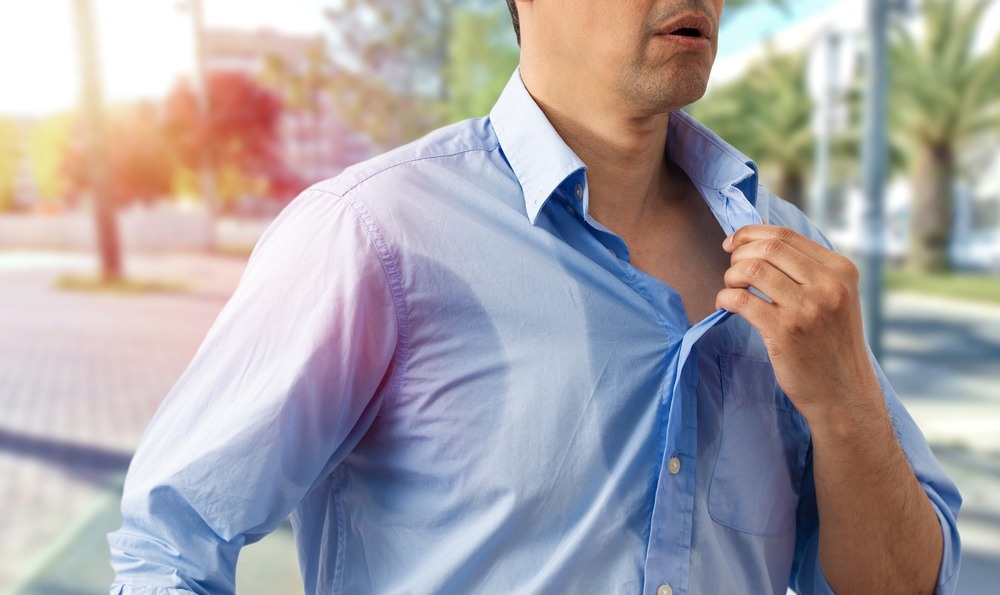 Sodium chloride (NaCl) is the most abundant macronutrient excreted in sweat, and its concentration can depend on several factors. Interestingly, short-term adaptation to warm conditions has been well reported in humans regarding NaCl concentration in sweat, decreasing by as much as 60% over a week-long acclimation period. This adaptation occurs due to an increase in circulating aldosterone for salt conservation but is also accompanied by other physical changes such as a drop in the temperature required to induce sweating and the rate of sweating, generating a constant concentration gradient to assist in heat dissipation.

The number of salts and other micronutrients in the diet is currently debated as a major influential factor in the ultimate concentration of these in the sweat, as several extensive studies have produced contradictory results. Changes in circulating aldosterone have been observed following the move to a high or low sodium diet, inducing a reduction or increase in hormone levels, respectively, but compared to the processing capacity and homeostasis response of the renal system, the influence of sweating in NaCl homeostasis is minimal.

Similarly, the quantity of iron, copper, and other dietary micronutrients has generally reported no association with the concentration of these elements in sweat. Some studies demonstrate the elevated presence of metals shortly after high doses.

While the influence of dietary micronutrients on the chemical content of sweat is debated, sweating-induced deficiencies of micronutrients, particularly NaCl, have been well explored. Blood plasma concentrations of sodium and potassium are typically around 140 mmolL-1, and if this drops below 130 mmolL-1 severe health issues may quickly follow due to water moving from extracellular to intracellular spaces, causing brain swelling and lung congestion. This condition is hyponatremia and has been reported to be caused during long periods of sweating, particularly in individuals with naturally high salt content in their sweat. However, excessive water consumption is the far more common cause of hyponatremia as salt loss through sweating alone is usually insufficient.

Athletic organizations recommend supplementation with trace minerals to replace those lost in sweat for high-level athletes, but overall, trace mineral loss through sweat is also minimal. NaCl reabsorption has also been described for eccrine sweat glands, which can essentially function in reverse to take in sodium and chloride ions by passive and active transport mechanisms and play a small role in NaCl homeostasis. 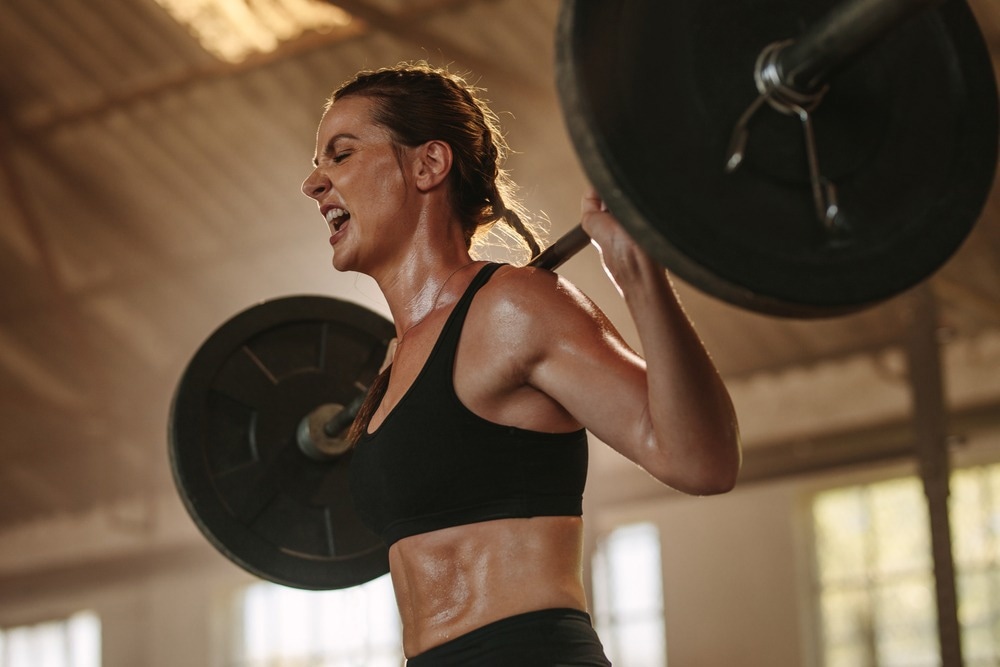 It has widely been reported in the past that sweating may facilitate some method of toxin shedding, even able to expel illness from the body, and has been incorporated into several health regimes achieved by heat stress or exercise, such as extended sauna sessions. There is no evidence that sweating provides any such function, and several contradictory studies of note reportedly demonstrate the flawed methodology. For example, skin scrape methods are frequently used to collect sweat samples, which causes surface skin cells and excess lipids to be erroneously included.

Further, where sweat contains high levels of excreted pollutants such as bisphenol A, the renal system of the same individuals shows no trace in the same papers, which is widely reported elsewhere as the primary route of excretion. This is also the case of naturally produced metabolic waste such as urea, which, if present in the blood in high concentration, may be excreted in sweat but minimally as to be inconsequential concerning homeostasis.

Alcohol ingestion has been thought to be related to sweating rate, and sweating is recognized as an indicator of oncoming hangover severity. However, hot water submersion experiments with intoxicated individuals show little difference in sweat volume or rate compared to placebo. Ethanol consumption, however, does result in the presence of ethanol in sweat linearly with blood alcohol concentration.

The vast majority of alcohol is excreted via the liver, though the small quantity of ethanol in sweat originates from the interstitial fluid around the sweat glands. The fact that sweat concentration closely matches blood concentration supports the idea that the sweat glands do not provide any active homeostasis mechanism.