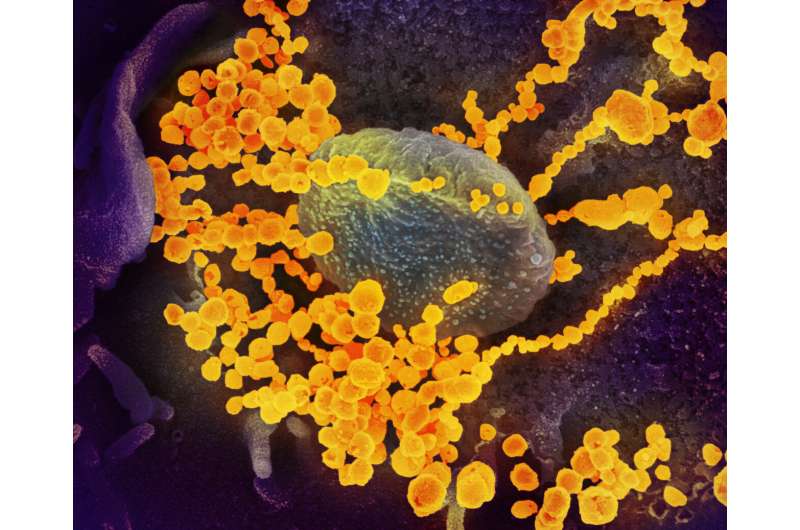 In a case study, scientists of the German Center for Infection Research (DZIF) and the University Medical Center Hamburg-Eppendorf investigated the T-cell response of a cancer patient, who was suffering from prolonged COVID-19. No B cells were detectable in the patient’s peripheral blood, revealing that she had no possibility of forming anti-SARS-CoV-2 antibodies. SARS-CoV-2 virus particles were detectable in the patient for nearly three months after infection with the virus.

The adaptive immune system, which allows the human body to adapt to new pathogens, consists mainly of two types of white blood cells—B- and T-lymphocytes. While B-cells produce specific antibodies against viruses, bacteria and other invaders, T-cells perform various important tasks in fighting and eliminating pathogens and other foreign substances from the body.

In the case study, the team investigated whether so-called T-helper cells—isolated from an immunosuppressed cancer patient who was persistently SARS-CoV-2 positive for nearly three months—differed from those of immunocompetent patient. Surprisingly, an increased frequency of T-helper cells responding to the virus was detected in the patient, though these cells exhibited a somewhat altered phenotype.

“The results suggest that even in the absence of a B-cell response, a robust virus-specific T-cell immune response can be triggered. This response helps to control viral replication but is often insufficient to completely suppress infection,” says study lead Prof. Julian Schulze zur Wiesch.

“Our case study provides clues as to how the development of a specific immune response in patients might be influenced by therapies for cancer or autoimmune diseases. Overall, such a case study can serve as a basis for further research aimed at better treating certain high-risk patients,” he adds.