Even as the coronavirus disease 2019 (COVID-19) pandemic persists, an outbreak of the monkeypox virus is reaching unprecedented case numbers in non-endemic countries. A new BMJ study describes the clinical characteristics of monkeypox infections during the current outbreak from a large number of cases in central London. 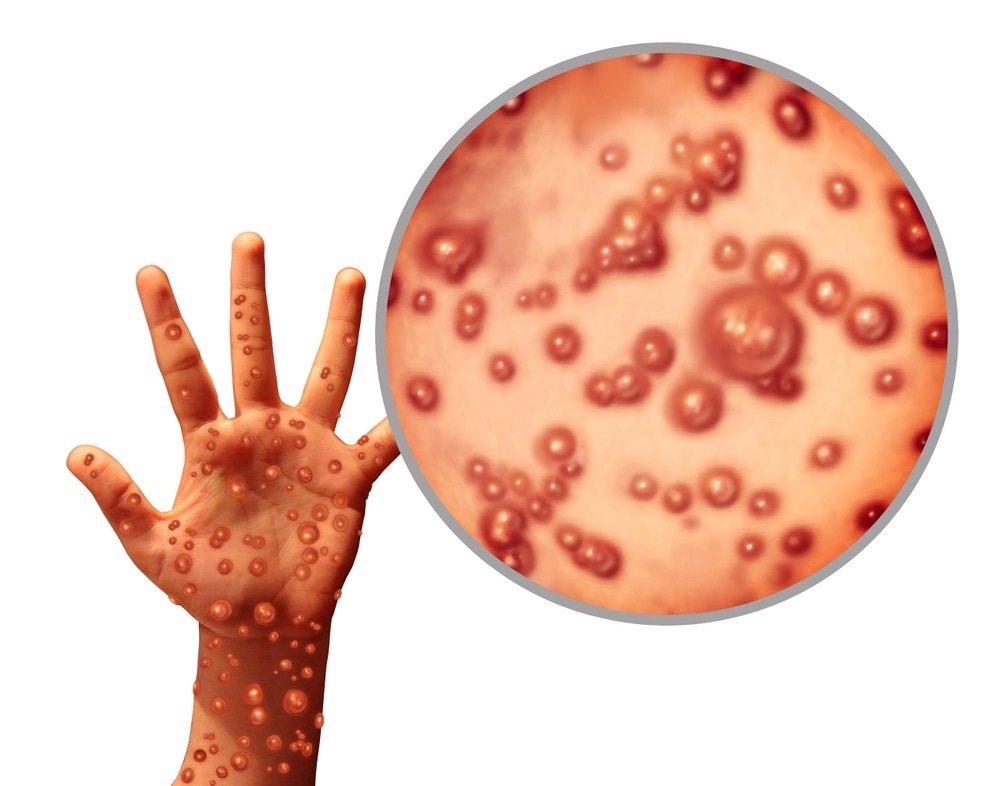 Monkeypox is a zoonotic disease caused by an orthopoxvirus that is similar to the smallpox virus. The monkeypox virus has long been endemic in some parts of Africa since 1970, which is when it was first identified in the Democratic Republic of Congo.

Recently, the world has witnessed a sudden surge of monkeypox cases that have been almost exclusively diagnosed among men who have sex with men (MSM). This has led researchers to explore altered clinical characteristics of the monkeypox infection during the current outbreak.

In the United Kingdom, the first monkeypox case during the current outbreak was reported when the U.K. High Consequence Infectious Diseases (HCID) network was informed about a man who had just returned from West Africa in early May 2022. This was followed by a total of over 1,700 cases reported by the second week of July.

Similar waves of infection have been reported in several other non-endemic countries in Europe and the Americas. Spain and Germany have reported the largest number of cases.

Earlier monkeypox outbreaks were confined to less than 100 people, with most cases linked to zoonotic transmission from wild game animals and close contact being responsible for human-to-human transmission. This occurs mainly through respiratory droplets and skin lesions.

In the United States, previous outbreaks were reported in 11 people in 2003, which was the first time a Western country was affected by monkeypox. Sporadic infections have since been reported.

In the U.K., four people have been diagnosed with monkeypox infection linked to travel to endemic countries since 2018. These four people had transmitted the virus to three others.

In the classic clinical presentation, monkeypox has a prodromal phase of fever, malaise, and lymph node enlargement, often with headache and sweating. The rash breaks out in two to four days, beginning as macules and passing through papules, vesicles, and pustules. These lesions eventually scab and fall off.

The lesions occur at the same time, mostly over the face; however, in about 75% of individuals, lesions will also appear over the palms, soles, and mucosa. Genital lesions have been uncommon. Taken together, the episode resolves within two to four weeks.

Complications occur in certain individuals, some of which can include encephalitis, pneumonia, secondary bacterial skin infection, and visual loss due to eye involvement. Newborn infants and children, as well as those with weakened immune systems, are at greater risk for complicated monkeypox. 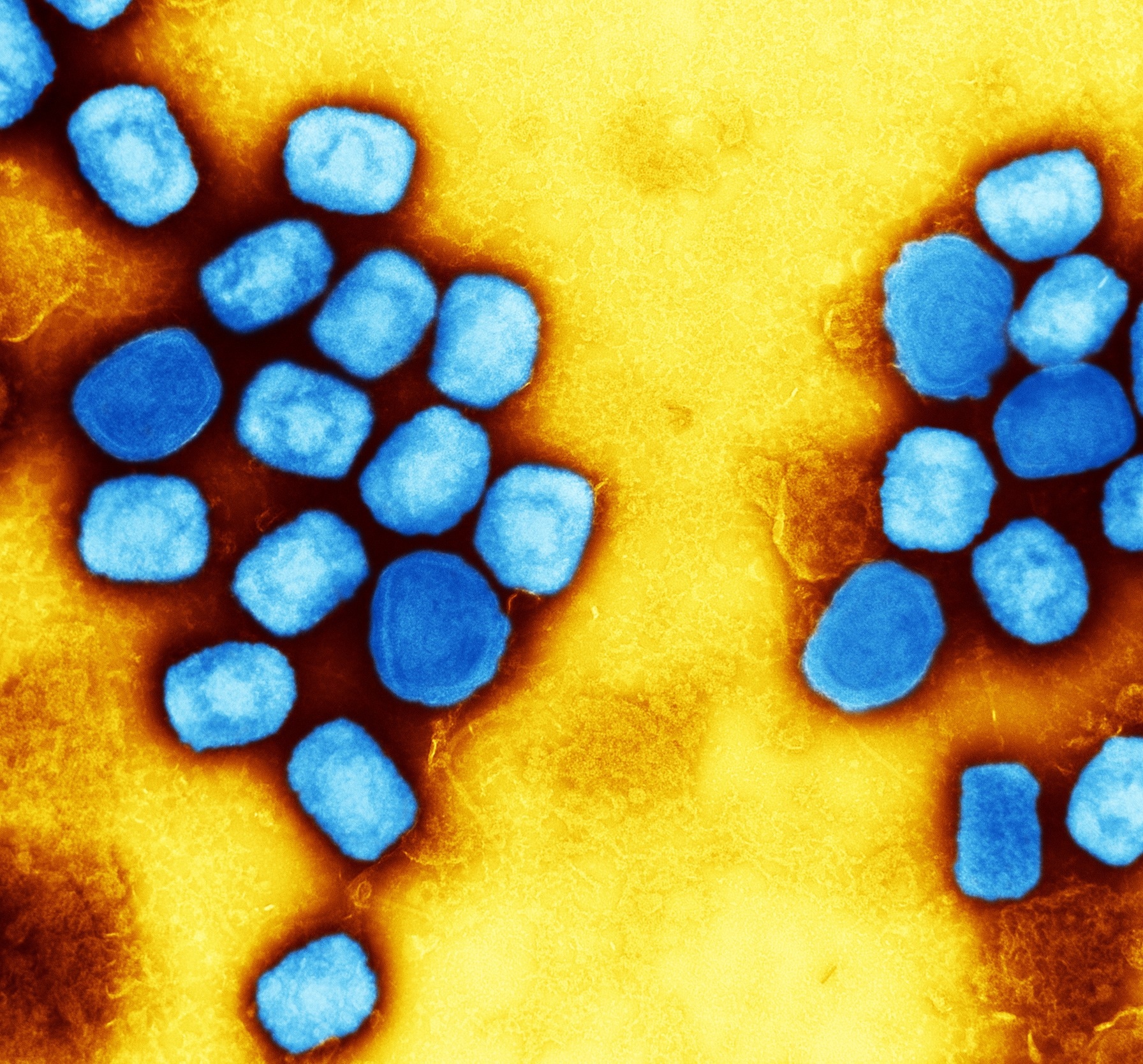 Differences in the current outbreak

While children were mostly affected during previous outbreaks in endemic countries, both male adults and children have predominated more recent epidemics in these regions. In contrast, the current outbreak has primarily included men and has almost exclusively affected MSM.

Almost all patients in the current outbreak had a median of five skin or mucous membrane lesions at different stages of healing. Of the approximately 200 cases, eight had more than 100 lesions, while 22 had only one. The most common site was the external genitalia or perianal region, or both, in about 90% of patients.

Almost 40% of cases presented with a mucocutaneous rash without a distinct prodromal phase. That is, systemic symptoms were delayed or sometimes absent.

This is in contrast to the current U.K. Health Security Agency guidelines for probable monkeypox which describe typical systemic symptoms as required. This is in addition to a skin rash and epidemiological risk factors, such as a history of contact with an infected individual or travel to an endemic region.

Most cases have presented with lesions in the genital or perianal region or the oral or peritonsillar areas. When coupled with a history of recent sexual contact in almost all patients, this points to the formation of lesions at the site of virus entry, with subsequent systemic features and the appearance of more widespread lesions.

Tonsillar lesions have not been typical of monkeypox infection before this time. A subset of patients had only a single lesion at presentation and thereafter. These lesions could be mistaken for other conditions.

For example, a single lesion could be misdiagnosed as an ingrown hair follicle or syphilitic chancre. Comparatively, tonsillar lesions could be mistaken for bacterial tonsillitis, especially given the accompanying secondary bacterial infection, nasopharyngeal abscess, ulceration, and pain.

Over a third of patients present with lesions in various stages of evolution, perhaps because of repeated inoculation of the virus by the patient. Some patients exhibited maculopapular rashes that did not ulcerate or become pustular.

Only one patient in the current outbreak reported a travel history linked to an endemic region, adding to evidence that the current monkeypox outbreak is being spread in the community. Over 25% of patients had a history of travel to western Europe or of close contact with a monkeypox-infected individual.

One in three patients was also diagnosed with a sexually transmitted infection (STI), mostly gonorrhea and Chlamydia trachomatis, along with monkeypox. Not only might this have accounted for the severity of rectal pain, but it points to the urgent need to screen all patients for STIs as well.

A third of patients were also diagnosed with the human immunodeficiency virus (HIV), most of whom were on antiretroviral treatment (ART) and had an undetectable HIV viral load.

Overall, there is an altered clinical presentation in the current outbreak. Throat lesions or single rashes may have also gone unrecognized, thus contributing to the rapid community spread at present. The disease appears to be self-resolving and mostly mild in its severity.

The study findings indicate that monkeypox is primarily being transmitted sexually and being diagnosed among a large number of MSM in the world. The clinical course of the disease also appears to have changed in the current outbreak, with rectal pain and penile edema being new features of the disease.

The study provides information on common symptoms that are not being considered warning signs of monkeypox in the public health messages and guidelines being disseminated today. In fact, if the current U.K. Health Security Agency criteria were applied, one in seven of these patients would likely go undiagnosed.

Some previously uncommon but now frequently reported symptoms include single lesions, tonsillar lesions, and maculopapular or polymorphic lesions, as well as rectal pain and penile swelling, both of which were the most common reasons for hospitalization.

There were five patients who also reported abscesses, all of whom had a relatively low number of lesions or atypical rashes. These patients were not considered to be probable monkeypox patients upon their initial admission to the surgical ward.

These presentations should be included in public health messaging to aid early diagnosis and reduce onward transmission.”