Omi-gone: Summer Covid wave appears to be over already as weekly infections FALL 16% to 2.6million in England — but one in 20 still had virus

The summer wave of Covid infections appears to have peaked already as data shows cases fell for the first time in nearly two months last week.

An estimated 2.6million people had the virus on any given day in England in the seven days to July 20, according to the Office for National Statistics, down 16 per cent on the previous week.

It marks the first time infections have dipped since the fifth wave took off at the start of June, fuelled by new highly transmissible Omicron subvariants, BA.4 and BA.5.

The rapid rise in weekly cases, which peaked at 3.1million by mid-July, prompted calls among some scientists and health bosses for light-touch restrictions to return again, including face masks, free testing and outdoor mixing.

Infections have also fallen in Scotland and Wales in the most recent week, but the ONS said the trend was uncertain in Northern Ireland. Broken down in England, cases dropped in every region except the North East.

Covid hospital admissions have been falling since the middle of this month, attributed to the fact that while BA.4 and BA.5 are extremely transmissible, they are just as mild as their parent strain. 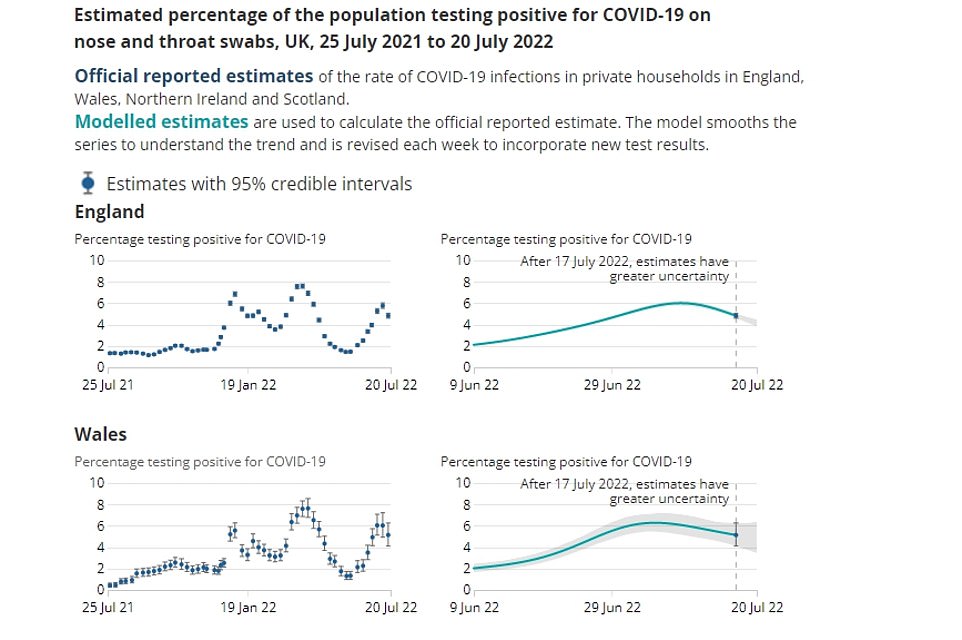 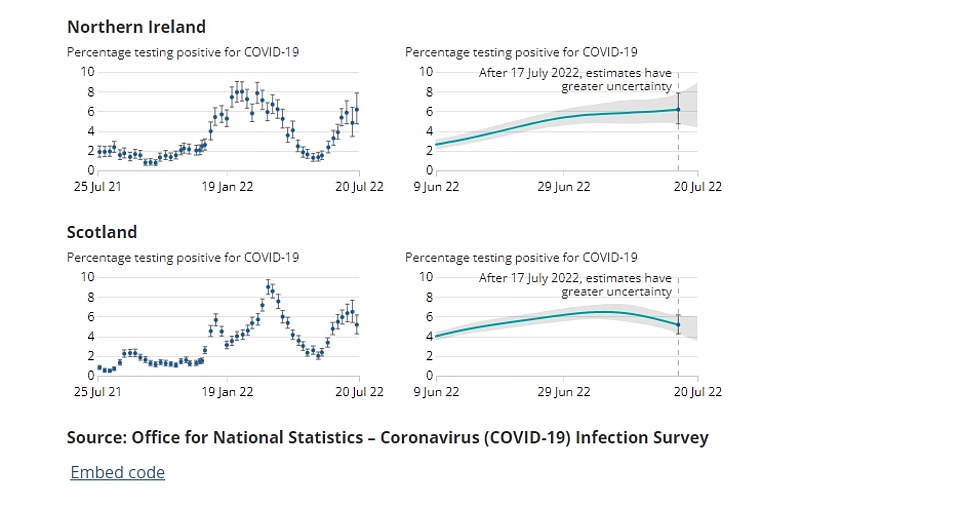 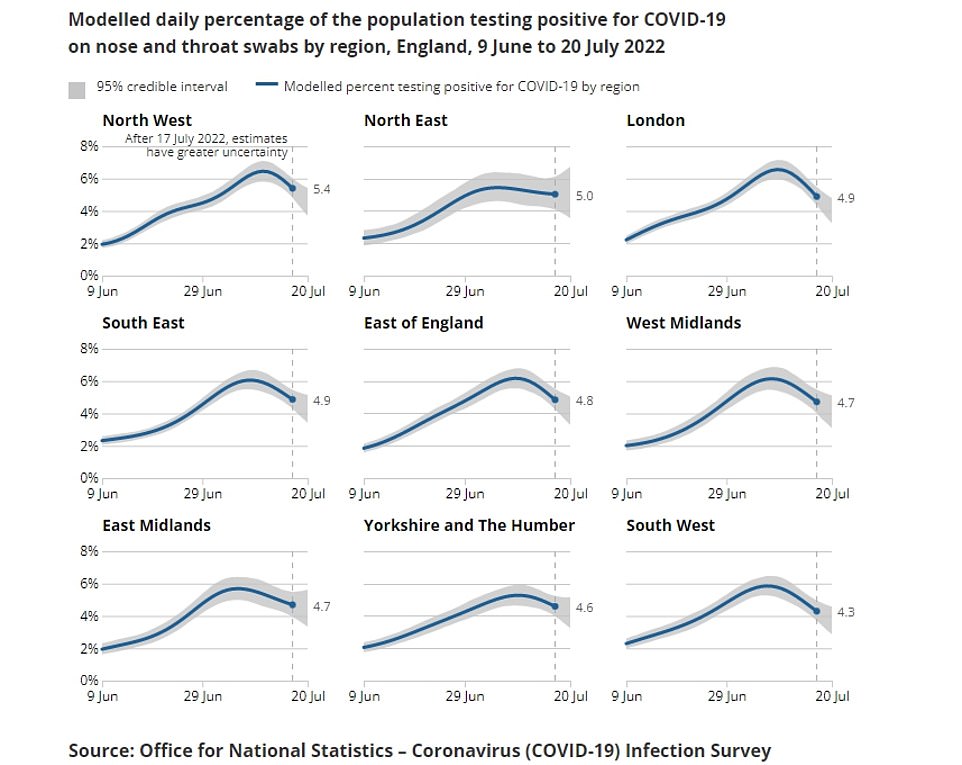 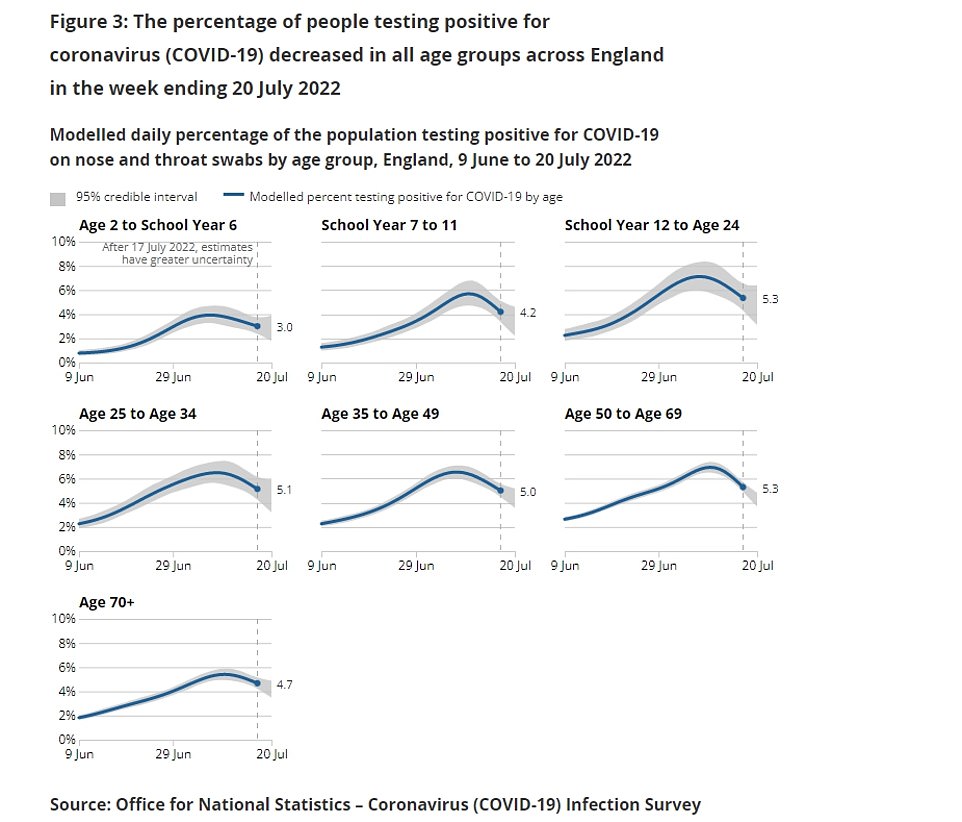